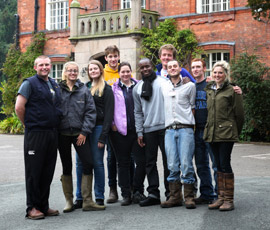 Farmers Weekly Interactive was named Business Website of the Year at an awards ceremony on Thursday (6 June).

The Farmers Apprentice initiative – which was a competition designed to get more young people to think of farming as a career – was named Cross-Media Project of the Year.

The judges said the Farmers Apprentice, which culminated in 10 young farmers competing for a £10,000 prize at a farming bootcamp, was a hugely innovative campaign which had a significant impact.

Farmers Weekly’s website was praised for delivering creative and campaigning stories, videos and tools for farmers.

Read about the Farmers Apprentice