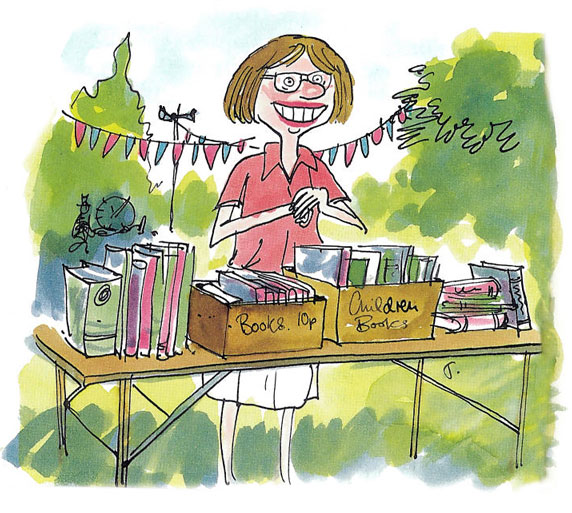 Join us for funny, irreverent look at some of the characters that make the British countryside what it is. Our tongue-in-cheek guide puts characters like the retired Major, the “perfect” next-door farmer and the young tearaway under the microscope. Here we see what country life is like for Fiona who is adjusting to country life after escaping from the big smoke…

Since moving to the village from London three years ago, Fiona has made volunteering a profession. “Course I don’t mind lending a hand,” she shrieks. “Delighted.”

“If you don’t get involved, you don’t know what’s going on,” she tells Marcus, her husband, as she rushes off to a Neighbourhood Watch meeting.

Fiona’s convinced she isn’t a townie anymore – she hasn’t complained about the smell once. OK, she may have “mentioned” to Mr Fisher that his potato picker left a little mud on the road – but she had only just cleaned the car, after all. Reporting the local farmer’s dog as a stray didn’t help. “I was only trying to help,” she sobs, wiping the tears from her eyes. “I thought it was worrying sheep.” She had read about sheep worrying.

“There are no sheep for 50 miles,” the farmer snapped. “This is cow country. That dog was just waiting for me.”

But Fiona wasn’t listening; she couldn’t take her eyes off his trousers. They were covered, absolutely plastered, in – and she shivers at the thought of it – poo.

Fiona thinks the problem stems from her objecting to that planning application. Everyone else seemed to think that Henry should be allowed to convert his sheds into offices, but they didn’t have to live next door to it, did they. “Marcus and I didn’t move here to live next to an industrial estate,” she said.

Fiona thinks the problem stems from her objecting to that planning application. Everyone else seemed to think that Henry should be allowed to convert his sheds into offices, but they didn’t have to live next door to it, did they. “Marcus and I didn’t move here to live next to an industrial estate,” she said.

Henry’s wife accused Fiona of meddling when she popped round collecting for the Red Cross. “It’s our livelihood that’s at stake,” she said. “Don’t stick your nose in where it’s not wanted.”

Fiona was so upset she went to stay in London with some chums. “I just need some time to get my head together – it can be so claustrophobic in that pokey village,” she said.

“Fi-Fi, you poor thing,” her chums comforted her. But after three days in London she had a rather different view of the village. “It’s a darling little place,” she said. “Such sweet people. A better environment to bring kids up in. And the air, you should smell the air, you can really breathe there.”

When Fiona got back, she made a concerted effort to fit in. She had time on her hands, after all, what with Marcus away at a conference in the States.

She agreed to help with the church flowers, offered to join the parish council and ranted in the post office about how the government was neglecting rural services.

“David Cameron has got no idea about the reality,” she said. “I have to make a 50-mile round trip to buy a decent bottle of wine.”

She even joined a farmer protest outside a supermarket. “We’re from cow country,” she shrieked at a passer-by.

Trouble was, her heart just wasn’t in it – the supermarket concerned did do such lovely sushi.