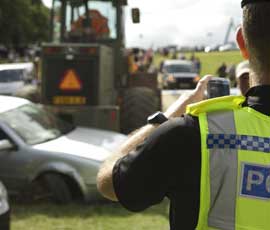 The charity is seeking entries from farm businesses which have shown serious commitment to first aid in their workplaces and beyond through high levels of recovery training and first aid innovation.

The awards have been broadened this year to include a First Aid Award for agriculture.

A St John Ambulance spokesman said: “The First Aid Awards aim to recognise the achievements of those who champion first aid – in the workplace or in public – and heroes who have made the difference between a life lost and a life saved.

“We are looking for businesses and workers in the agriculture industry who have demonstrated their life-saving skills. Do you know someone who has saved a life? Or an agricultural organisation that has high first aid standards?”

First aid in the agriculture industry is as important as ever. In 2010/11:

• Both major and over three-day injury rates were lower than the previous five-year averages, but the HSE estimate that well under half of all reportable injuries are actually reported (RIDDOR).

Successful entries will be invited to join high-profile guests for a black-tie ceremony in November, to be hosted by survivalist Ray Mears at the luxurious Lancaster London hotel, near London’s Hyde Park.

For more information, visit their website. The deadline for entries is 5pm Friday 27 July.

* Don’t miss our Health and Safety Special in the next issue of Farmers Weekly, out on Friday, 13 July.