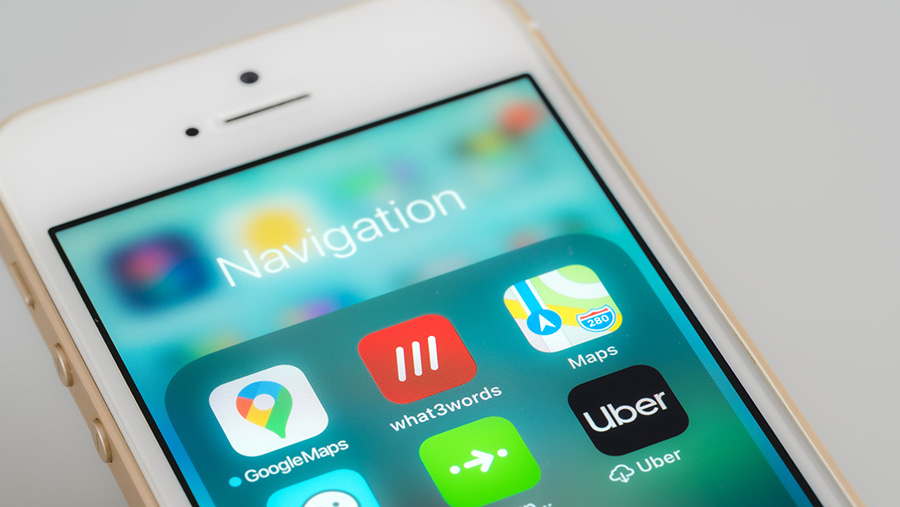 Farmers have been having fun with a smartphone app that helps the emergency services locate people in remote rural areas.

The What3words (W3W) app uses a combination of three automatically generated random words to pinpoint locations that are sometimes difficult to find.

Gloucestershire farmer Jake Freestone noticed that some word combinations were particularly appropriate – or not – to agriculture.

He posted an overhead photo of a harvested field at Overbury Farms, in Tewkesbury, with the words “wheat chart topping” on his Twitter account (@No1FarmerJake).

A number of farmers responded by posting three-word combinations of other locations – with many focusing on the difficult harvest and disappointing yields.

Others chipped in with more upbeat efforts.

Here are some of the best ones:

Meanwhile, NFU deputy president Stuart Roberts revealed he had found a “slightly worrying location in the middle of his cattle housing” – trips.using.pens

The What3words app works by providing a unique location by splitting the world into 3x3m squares.

The app is used by the emergency services to locate people involved in accidents or seeking help and assistance in remote rural areas.

The app can be downloaded for free on the app store for iPhone or Google Play for Android phones.

What three words would you use to describe your current thoughts or views on agriculture? Email philip.case@markallengroup.com and we will feature them on FWi.