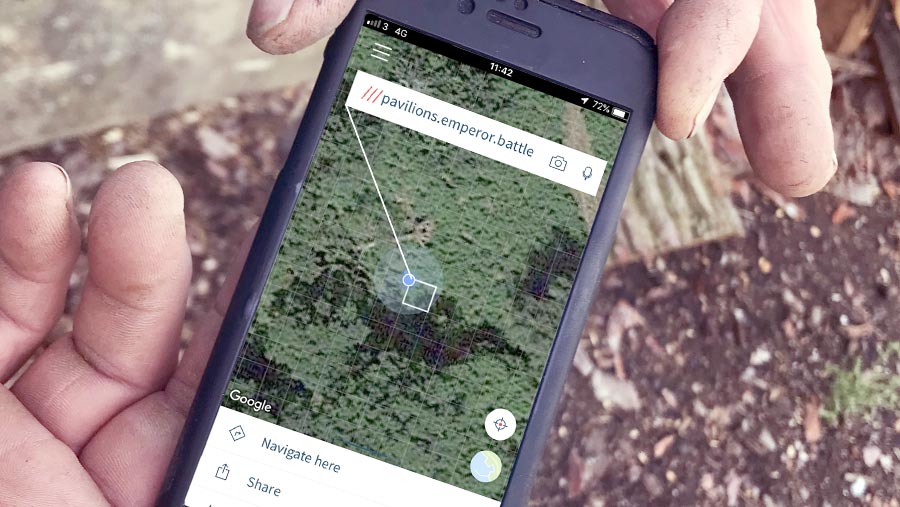 An increasing number of farmers and contractors are making use of a free mapping service to provide staff, vets, agronomists and emergency services with accurate directions to specific field or estate locations.

The innovative mapping system What3words (W3W) has divided the entire planet into 3x3m squares, each with a simple and unique three-word reference that will never change.

The service is the brainchild of British co-founder Chris Sheldrick, who worked in the music industry and became tired of the inaccuracy our postcode system for finding venues, particularly in rural areas.

In a moment of inspiration, he and a mathematician friend worked out that the breadth of the English language offered enough three-word combinations to accurately reference the entire planet.

To be precise, they calculated that 40,000 words was enough to cover the 57tr 3x3m squares required to map the globe.

How to use what3words

To find a What3words location, users need to download the Apple or Android mobile phone app or to visit the W3W website.

Once the three-word address has been obtained, it can be sent to anyone ­– whether they have the app or not – and by opening the link, they will be taken to a map of the location.

To navigate to a W3W square using a smartphone, users just click on the location or type in the three-word address and select a navigation method.

This can be Google Maps, Apple Maps or a simple compass.

The tool uses smartphones’ inbuilt GPS receivers, so in areas with no phone signal, it’s still capable of finding the user’s location.

However, a signal or some other form of communication (such as a CB radio) will be required to send the location to others.

Notable squares include slurs.this.shark, which when typed into the free app or W3W website will reveal the location of the door to 10 Downing Street.

Similarly, entering awaited.passively.landings brings up a 3x3m square in the centre of Stonehenge.

But as the organisation points out, it’s the remote, anonymous locations rather than landmarks that the app is designed to pinpoint.

The system was launched in 2013 and now has millions of users across the world.

It’s been translated into 36 languages and Mongolia has even adopted it for its postal service.

In the UK, the service has been slowly gaining momentum and roughly two-thirds of our emergency services have confirmed they’re now using it to help locate people. 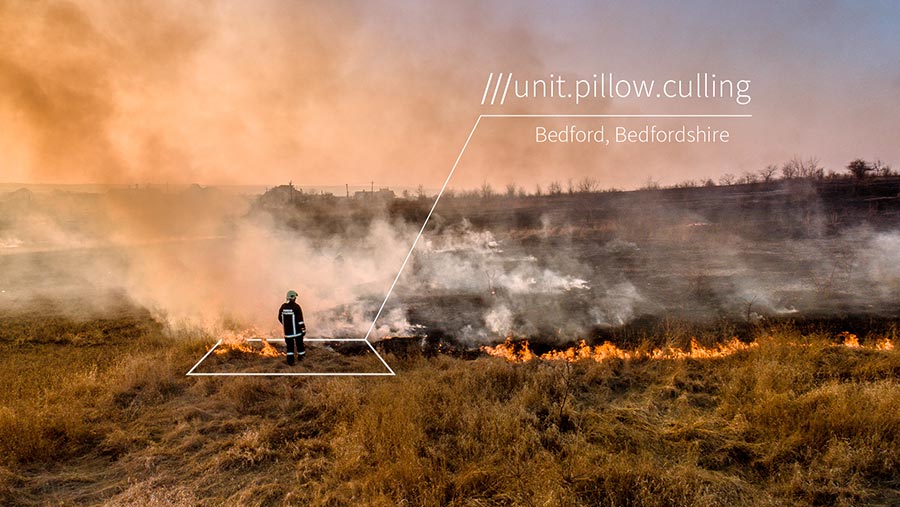 A number of farmers have also adopted the tool, both for communicating with the emergency services and for helping direct people to specific areas of their holding. For example, getting a vet to a sick animal, an agronomist to an area of poor crop or a fitter to a broken-down tractor.

Crucially, the system is free for individuals to use and much of the firm’s income comes from businesses and organisations that pay to use the service. For example, Mercedes has incorporated it into its voice navigation system.

The Euston Estate sprawls over 4,300ha of the Suffolk countryside, and with a network of unmarked tracks and 600ha of woodland, it can be a tricky place to navigate. 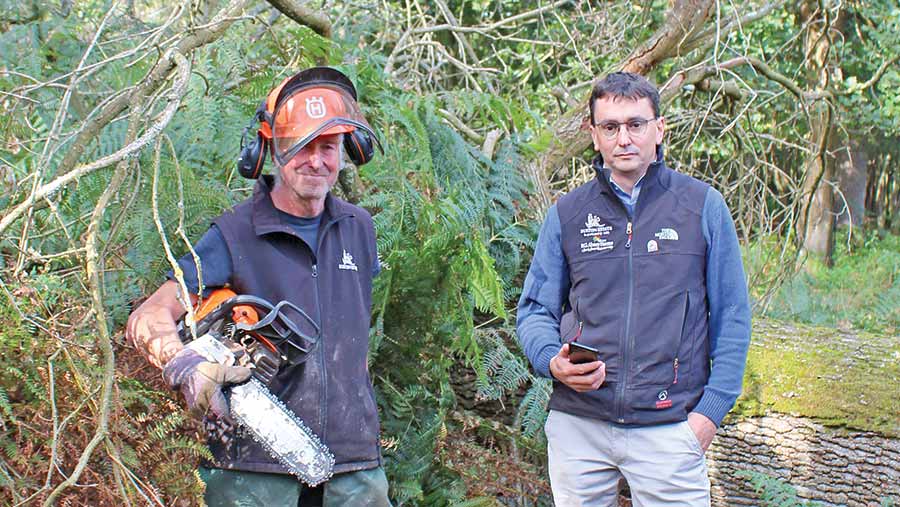 The most frequently messaged team member is John Gray, who manages much of the woodland and takes care of maintenance across the estate.

Rather than giving him a complex set of instructions to find a fallen bow or broken section of fencing, W3W has enabled Mr Hawthorne to send him straight to the right location.

“Because the estate’s so big, it was often a pain to direct him to the correct spot. I’d usually start with a field name and then give a convoluted set of instructions to try to get him there,” he says.

“Often it would just be easier to come back to the yard, pick him up and show him.”

But because the W3W app is accurate to 3m, it allows him to send a much more precise location.

Opening the app brings up a map or satellite image of the area, and by pressing the location button, it pinpoints his position and brings up the unique three-word reference.

In the case of a recent fallen oak tree, that was pavilions.emperor.battle.

The app offers various options for sending the three-word location to others, but in Mr Hawthorne’s case, he sent it to Mr Gray via text.

He was then able to open the link and navigate to the spot, without the need for a phone call.

Mr Hawthorne is now starting to introduce it to external businesses that need to come on to the estate such as the tyre fitter, hauliers and contractors.

He has also attempted to use it for communicating with the emergency services – once when a horse rider had fallen at the side of the road and once when he found a burnt-out moped on the estate.

However, at the time his local police service and 999 call centre weren’t using the system and he had to guide them in the old-fashioned way.

“In the case of the horse rider, it was lucky that they were on the side of the road, but it was still tricky to get them to the right point,” he says.

“And as for the moped, I had to mark-up a map and email it to the police – it would have been so much easier with the app.”