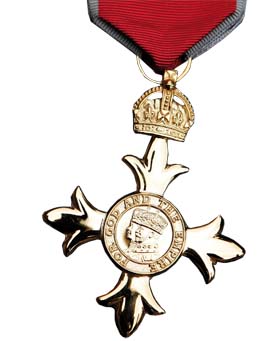 Farming was well represented in the Queen’s birthday honours list, with farmers and associated industries from across the country receiving awards.

The honours list, announced at the weekend, recognises extraordinary people who have made a real contribution to their community or industry. Agricultural colleges did particularly well, with Professor John Brownlie from the Royal Veterinary College and Professor William Davies from the Centre for Sustainable Agriculture at Lancaster University both receiving a CBE.

Professor William McKelvey, principal of the Scottish Agricultural College, and Alison Blackburn, chairman of the board of governors at Harper Adams, were awarded OBEs.

Rural charities were also recognised, with Chris Jones, the founder and president of the Farm Crisis Network, and Miriam Wallington of the Arthur Rank Centre both nominated for an MBE.

For services to conservation, Dr Simon Thurley, chief executive of English Heritage, received a CBE, while Joseph Henson, founder of the Rare Breeds Survival Trust and Cotswold Farm Park, got an MBE. William Wilding, head forester at Clinton Devon Estates, also received an MBE for services to the environment.

In the associated industries, the Queen awarded OBEs to Dr Sophie Churchill at the National Forest Company, Dr Margaret Jennings from the RSPCA, Dr Stephen Marsh-Smith for services to the environment, Ms Beverley Penney for services to Ramblers Cymru, Simon Roberts at the Centre for Sustainable Energy, George Thomson at DEFRA and Glyn Vaughan from the Environment Agency.