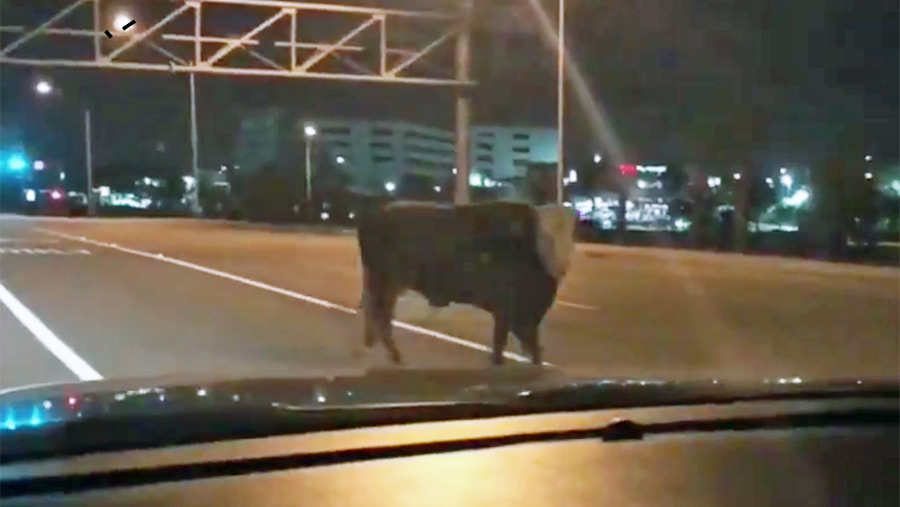 A stray cow which has been evading capture for months is the focus of US police attention in Florida after an amoosing wanted poster was issued this week.

The free-range bovine has been on the loose since January and police say it is wanted in connection with a series of mooving violations, including blocking busy roads and causing udder traffic chaos.

After taking stock of the situation, Pembroke Pines Police Department in southern Florida near Miami concluded that the brown and white beast had really been milking its new-found freedom and issued a public plea for help in putting an end to the wanderings.

The police wanted poster hilariously describes the cow as female, faster than it looks, and a talented fence-jumper which enjoys pools.

It adds that the cow is not considered dangerous, but has been known to walk into the road and urges drivers to be on the look-out for the beefy roadblock.

For several months a loose cow has been seen wandering in the area of Sheridan & I-75. It has evaded capture by both our officers & assisting cow herders since January. If you know the owner of this cow, or if you know its whereabouts, contact the PPPD at 954-431-2200. ? pic.twitter.com/S4QrBYYeIa

In another tweet, police thanked residents for their interest in the cow’s moovements and said they were working with trained cow herders to safely catch the farm animal.

RESIDENTS: We appreciate the interest that our loose cow has received! ? We’re working with trained cow herders to safely catch her so that she does not continue to walk into busy roadways. If you’d like to help us, please contact 954-431-2200 IMMEDIATELY if you see her. pic.twitter.com/dvgvnqTKAf

The brazen cow is still thought to be at large. So much for America being the land of the cowboys.