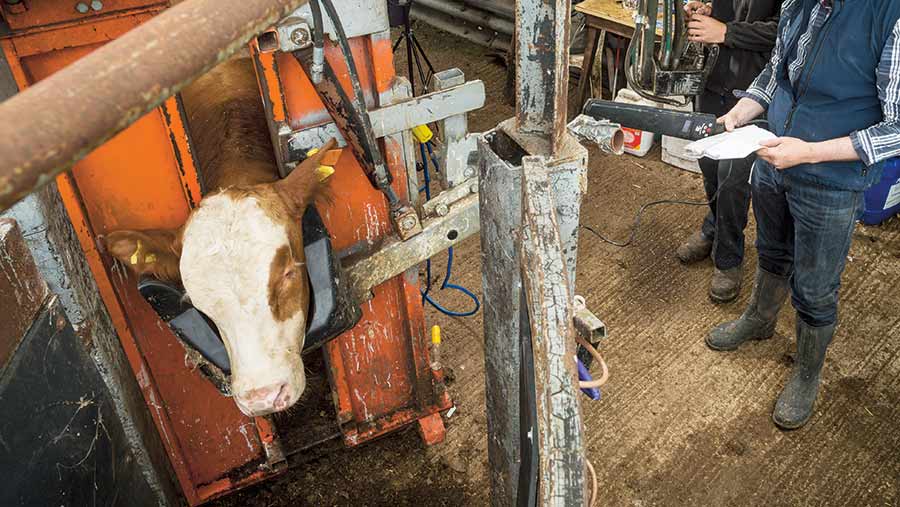 Livestock handling expert Miriam Parker says understanding the behaviour of cattle is just as important as the physical hardware.

“Cattle are herd animals and, as such, a lot of their behaviour is driven by instinct,” she said.

“When we are handling cattle, it is the one time we are asking them to work against their natural instinct and that’s why handling is one of the most difficult jobs on a beef farm.”

Being aware of the way animals behave and working with them in a positive way without being aggressive and inducing fear is key to successful livestock handling.

Below she highlights top tips for moving stock:

1. Give cattle plenty of space

Movement triggers movement so if you cram too many animals into a tight space, nothing can move; therefore keep group sizes small.

“It is easier to move four groups of five animals than one group of 20,” Ms Parker says.

This will also reduce the influence of the dominant animal and, by managing group sizes, you will by default provide cattle with sufficient space in which to move.

2. Train your animals to be handled

Cattle are pre-programmed by their fight or flight instinct to regard handling negatively but, if done correctly, they will learn over time that it is not harmful.

If moving stock into a handling system always involves pain or discomfort, cattle will be naturally cautious and difficult to handle, says Ms Parker.

Learned behaviour is the reason why dairy cows are generally much easier to handle than beef herds, she explains.

“You take beef cattle to ‘school’, as in the handling area, three or four times a year and expect them to behave like a dairy cow that goes to school twice a day,” she says.

Cattle learn by association, so if they associate handling with a positive experience it will elicit positive behaviour.

Devoting time to the learning process is therefore important because animals can’t be trained to a high level of learning without that investment.

Familiarise cattle with the handling facilities in a non-stressful situation – perhaps give them access to the race and crush without performing any specific tasks. Leave the entry and exit points open for a while and allow them to walk through. 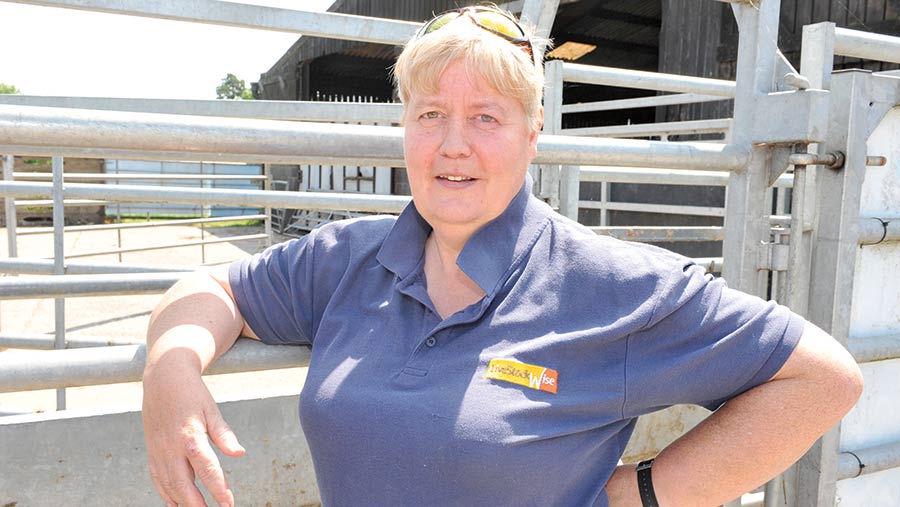 3. Work cattle on the edge of their flight zone

Behave like a predator and it will trigger the animal’s instinctive anti-predator responses – when cattle start milling and circling this is a sign that they are under pressure.

Ms Parker advises working on the edge of the flight zone – the distance from an animal that a handler must maintain for the animal to feel comfortable – pushing forward to trigger movement and then stepping back.

“Advance and retreat,” she says. “If their tails are swishing you are putting too much pressure on them so step back.”

4. Consider how smell can be a hindrance

Cattle use sight, smell and hearing to detect new stimuli and respond according to their assessment of a potential threat.

If a cow perceives a situation to be threatening they may adopt the fight, flight or freeze response.

“Cattle can differentiate between people so ask the vet to stay out of the way for as long as possible until you are up and running.”

5. Move calves through the crush ahead of their mothers

Cows will instinctively return to their calves so if you move cows through first they will almost certainly double back.

Studies have shown the majority of cattle prefer moving anticlockwise around a novel object such as the handler, so think about the direction you are asking your cattle to move in.

However, this is not true of all cattle – about 15% will show a preference for moving in a clockwise direction, says Ms Parker.

“You have to bear in mind that different cattle will have different preferences, but the provision must suit the majority for obvious reasons,” she says.

A mobile handling system and associated forcing pen is allowing a beef finisher to save time on routine cattle jobs.

Rory Lay fattens 200 cattle a year and has animals at two different sites so a mobile facility provides the most practical and flexible solution.

“We need a system to cope with everything and, with cattle out at grass in the summer, we need to have the ability to take it out into the fields,” says Mr Lay, who farms with his father and stepmother, John and Caroline.

The businesses runs a mixed farming enterprise on 450ha at Wem, Shropshire, buying in mixed age and mixed breed stores from farms and markets and selling half of these to Dovecote Park and the remainder to ABP and through Market Drayton Market. 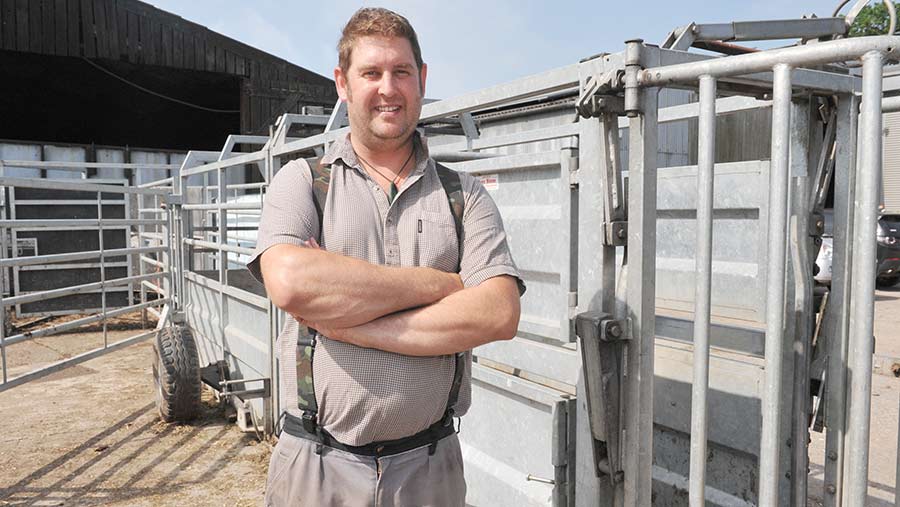 Before buying the system, Mr Lay had a simple crush and tied a series of gates together to create a pen and raceway.

“It used to take us a whole day to run the cattle through for a TB test but with the new system we have cut two hours off the job and it is robust,” he explains.

“Also, it can be operated by one person if needed, which is an important consideration with fewer people now working on farms.”

The farming industry, says Mr Lay, must become more professional in its approach to safety.

“Vets are demanding better handling facilities and we have to think of our own safety too,” he says.