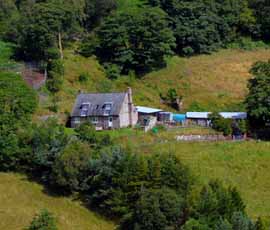 Farmers in Wales who do not flout industry regulations look likely to get fewer targeted inspections in future.

A report published yesterday (31 January) after a detailed review of red tape in Wales recommends that farmers with a good track record of compliance should have fewer inspections that the less diligent.

The review group found that although the Welsh Government had made progress in reducing inspections by combining some visits – such as bovine TB and cattle ID inspections – this does not happen routinely.

“Apart from the disruption to business, farmers genuinely fear inspections, particularly CAP inspections that can result in penalties, and there are mistaken perceptions that penalties are virtually unavoidable,” the report states. “Simple pre-inspection guidance and checklists if made available would improve preparedness, reduce stress and increase compliance.”

Not only does the review group propose that compliant farms should be inspected less frequently, but it wants more remote inspections, such as the monitoring of farm records.

The independent Working Smarter report, produced by the chairman of the Institute of Directors in Wales, Gareth Williams, makes 74 suggestions in seven key areas, including the single payment application process, livestock movements and diversification. Some of these will be introduced as quickly as this summer.

Deputy minister for agriculture, Alun Davies, described the recommendations as “workable” and believed they would reduce the most onerous regulations.

“The first 20 (recommendations) have a challenging delivery deadline of the summer recess, but I am confident that through working in partnership with the industry we will make significant progress and begin to replace complexity with simplicity, confusion with clarity and regulatory enforcement with shared responsibility and action,” he said.

Mr Davies insisted regulation was an inevitable price paid by an industry bolstered by public funds, but added: “It should not automatically follow that the regulatory process must be complex to understand, present an obstacle to business development and cause undue stress on the recipient of that support.”

One regulatory body has already welcomed the report. Environment Agency Wales said it would simplify the environmental advice the agency gives the farming industry.