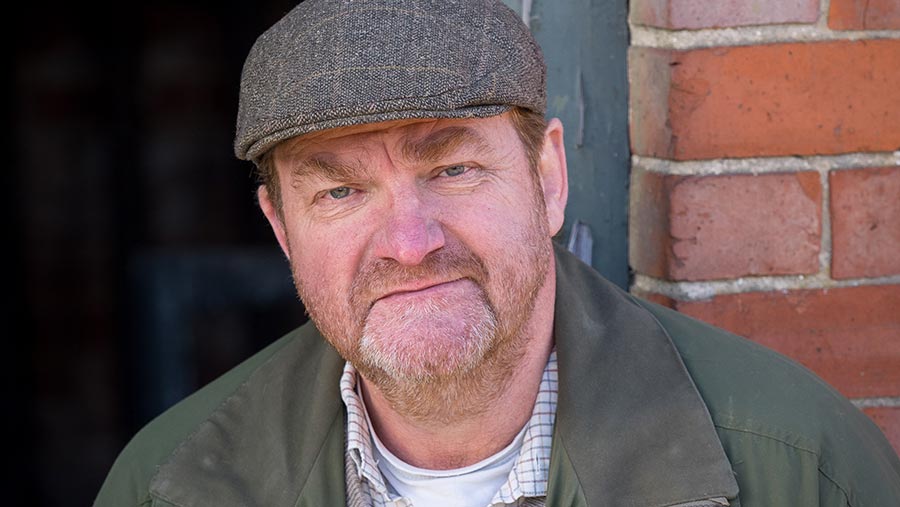 Weekend work can be a lottery on a hugely popular National Trust-owned farm. You never know who you’re going to meet. It might be the “bad parkers”, with their cars blocking the entrance to a crucial field.

It might be the “angry tutters”, with their hands on hips, disapproving silently from the footpath at chemical-based farming.

So when I set off to do some liquid fertiliser on a recent dry Saturday, I knew that anything could happen.

As I arrived at the yard where my fertiliser tank is, the first thing I saw was a middle-aged man, leaning up against the wall of the old grain dryer barn, surveying the view with somewhat exaggerated enthusiasm.

I raised a hand in acknowledgement as I passed him, and swung into the yard. Just then, out of the corner of my right eye, I noticed a blue Volvo estate, reversed carefully into the old lean-to on the other side of the yard.

“That’ll be his car”, I thought to myself. “I’ll amble over and have a chat about blocking in my seed once I’ve got connected to the tank.”

But just at that moment, I noticed things moving in the back of the Volvo. Rather a lot of things, actually. Legs, arms, torsos – and all of them naked.

Being a well-brought up Englishman, I instinctively looked away at this point, somewhat baffled and embarrassed, and feeling slightly awkward at having interrupted something tender and intimate. I continued my drive across the yard to the fertiliser tank.

The old lean-to, meanwhile, was a frenzy of activity. Limbs were once again flailing, but this time they were being thrust into shirts and trousers.

In fact, by the time I had parked, dismounted, and ambled round the back of my enormous sprayer, a youngish man – shirt-tails flapping – had leapt out of the back seat and was jumping into the driver’s seat. It was a bit like witnessing Benny Hill doing a standing start at Le Mans. 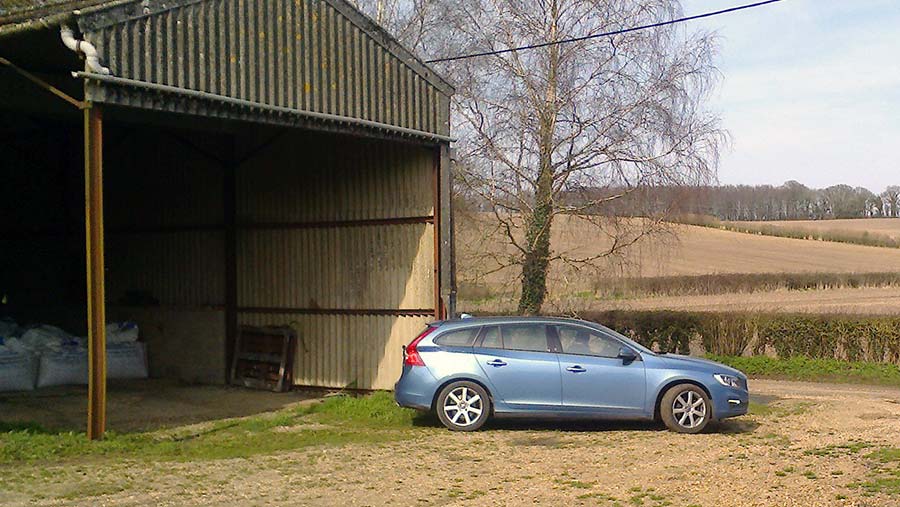 Caught in the act: The suspected doggers flee from Charlie Flindt’s lean-to in their Volvo

Volvo would have been proud of the acceleration the estate car achieved as it shot out of my yard and back up the hill towards the village.

I’m not sure what the almost-naked female figure made of the ride (the car’s, that is) as she peered furtively out of one of the rear windows.

I’m not absolutely convinced that it was her face I could see – and the very fetching belt she was wearing certainly wasn’t her seat belt. I can’t quite tell from the picture I was forced to take.

Meanwhile, the middle-aged man had vanished around the corner of the drier barn, and could now be found surveying the uninteresting sprayed-off stubbles of Blackhouse Road field with a messianic fervour that suggested he had just discovered the Dead Sea Scrolls.

“Well, what about that?” I asked, in the way that only an Englishman can after witnessing a couple going at it like rabbits in the back of Sweden’s finest.

“What about what?” he replied, in a way that suggested he wasn’t being entirely truthful, and set off, whistling innocently, along Blackhouse Road.

Finally, I put two and two together, and realised that along with the “parkers” and the “tutters”, the “doggers” have found Hinton Ampner exercising their ‘Right to Moan’. Oh joy.

Mind you, I haven’t yet given the National Trust a shout – they have a bespoke sign-writing department. I bet they’d knock one up for me.