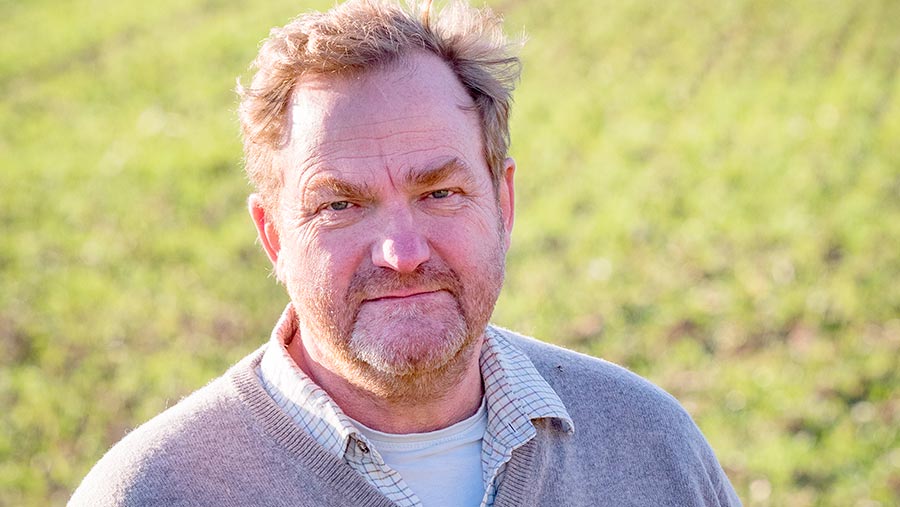 A few weeks ago, I claimed that I had no time for “the good old days” of farming. It appears that I wasn’t being entirely truthful.

Somewhere there’s a list of dates, carefully compiled over the years: date we finished harvest, date we finished autumn sowing, and – of particular relevance this year – date we finished spring sowing. Inevitably, it’s lost among the books, boxes and files that make up a modern shambolic farm office.

I searched my old diaries, and happened upon my first one at Manor Farm. I started re-reading it: the grim winter of ’84, the miners’ strike, Band Aid – and just kept reading.

When I reached the spring of ’85, I had an outbreak of nostalgia for a farm job from the mid-1980s: doing the sterile strips around the fields.

What you needed was an aged two-wheel-drive Ford 6600 on skinny rear tyres, which meant it was only a fraction wider than the Howard Rotavator mounted behind.

You needed a towel to cover the cracked plastic seat, and a portable radio to tuck behind the toolbox – the old 6600 was somewhat short of today’s luxuries – and off you went round the farm, field by field.

You tucked one back wheel snug against the hedge, chose first gear, turned the radio up and the PTO on, and crept round the crop, leaving a fresh brown bed of soil behind you.

The satisfaction was immense – especially second time round, later in the year. That strip served so many purposes: weed control, reminding the hedge of its limits, and providing dusting ground for partridges. It was somewhere you dropped piles of wild oats after roguing, ready to be picked up and burned.

Occasionally, there were problems. Stray baler twine would wrap round the shaft, so it was out with the Stanley knife with a hooked blade, or, if serious, the blowtorch.

Stray wire could do the same, and bits of old farm implement/hardware much worse: one lengthy bit of metal resulted in a spectacular gearbox disintegration. I then got a bollocking for not looking after the slip clutch.

The sterile strip was also dead handy for following the combine first turn around, meaning it could unload without the “reverse a bit/make another inner cut” routine.

Best of all, it gave you half a second in which to shoot that rabbit bolting for safety; this was best done from up on the combine platform, with a five-shot Beretta 301 semi-auto.

Unfortunately, the ejected cases dropped perfectly into the front elevator, crunching their way through the drum.

There would be a mock angry fist shake from Ken in the cab. Huge fun – we’d better make that two great jobs from the bad old days.

The EU satellite would think it’s a banana planation on an offshore oil rig. And farming these days hasn’t quite got the budget to send a man round every field at the dizzying speed of 1mph.

And as for emptying a box of Eleys on one turn of the Hangar field; the Hampshire 999 line would go into meltdown and there would be an Armed Response Unit waiting at the gate faster than you can say Dominator 96.

Were they the good old days after all? Well, I bet we got our spring barley in before the end of April. I’d prove it if I could only find that damned list.