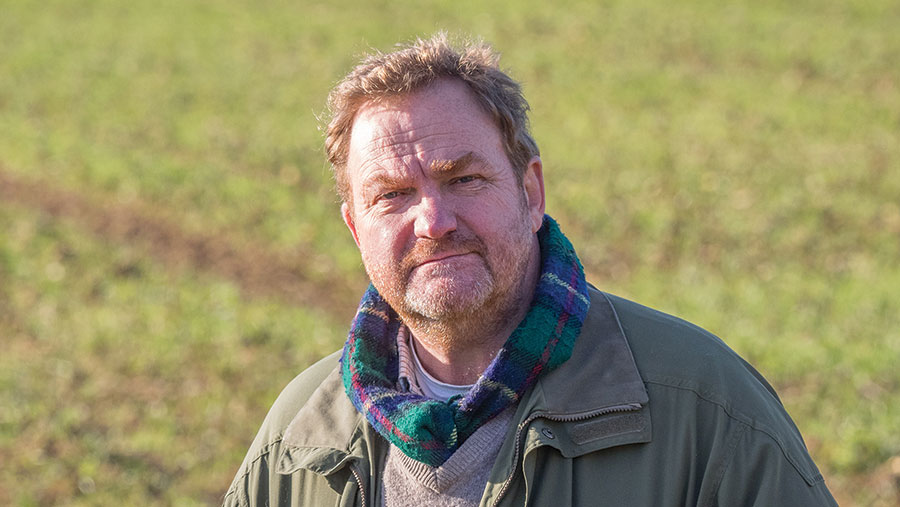 Last week Charlie Flindt received a worrying email from the Rural Payments Agency (RPA) and implored Defra secretary Michael Gove to take note. This week he updates us on the saga.

I sat in front of my computer for days, waiting anxiously for the code from the RPA which would allow me to change my password, and access the mysterious “message” for me on their website. None arrived.

There was only one thing for it: ring up the RPA again. I was getting to know the routine all off by heart by now. 03 something something number, press 1 for this, 2 for that, 3 for loose wolves and so on.

The mystery of the lack of code was quickly solved by the RPA lady: sometimes their system doesn’t like AOL.

This seemed odd; it liked AOL well enough to make the initial contact, but we’ll let that pass. So it was back to the computer to create a non-AOL email account, then back to the phone to notify the RPA of the new email address.

Within seconds, I had a code. A minute or so later, I was logged into my farm details on the RPA website, and within moments spotted the first big change: field sizes were back down to two decimal places (to the nearest 100sq m).

All that worry and measuring to see if I’d changed the field by one square metre had been unnecessary.

The notification message was indeed about area changes, but for other fields round the farm – not the pasture that had got us so worried. I ran through all the fields carefully.

There was a bit more hedge there, some trees had spread there, but all in all, the changes seemed trivial, and if it made the EU’s spy-in-the-sky feel that it had achieved something – well, it seemed sensible not to make a fuss.

Hold on a minute. Hold on one ocean-going, weapons-grade, nuclear-level minute: where had Dell Close gone? Or, to give its proper name, where had SU6126 6929 gone? It has been ours since 1959.

It was on the first field data sheets (FDS) that we had to fill in by hand. It has been on every FDS since. It was on last year’s FDS. But now, according to the RPA “check land” page, it had gone.

For the umpteenth time, it was 03 number time. Press 4 for iffy badgers, 5 for free-range wildebeest. Once through, I explained the situation. “Ah, there has been a remap under EU regulations” started yet another RPA lady.

“Oh. You’ll have to fill in an RLE1 form to register it,” was the weary reply.

“Me? Why me? You lost it; you find it,” I said, in danger of seeing my temper going the same way as Dell Close – lost.

“I’m afraid you are responsible for registering parcels,” said RPA lady, in a voice that suggested the barricades were going up, and I was going to get no further.

So it’s time to download an RLE1 form, re-register Dell Close, and pray it doesn’t put me to the back of the queue next year.

I asked my wife Hazel (years of experience in a previous life as a high-level programmer) and my son Jonathan (A-level computer science) to explain such a shocking loss of data integrity. “Incompetence” was the synchronised and unrehearsed answer.

But what, you might ask, has all this to do with Mr Gove? Well, if he’s genuinely interested in what we farmers really would like to see missing from his new UK agriculture policy, this sad little two-week tale of life under the CAP would be a very good place to start.

(Update: The RPA rang; they have now found Dell Close).