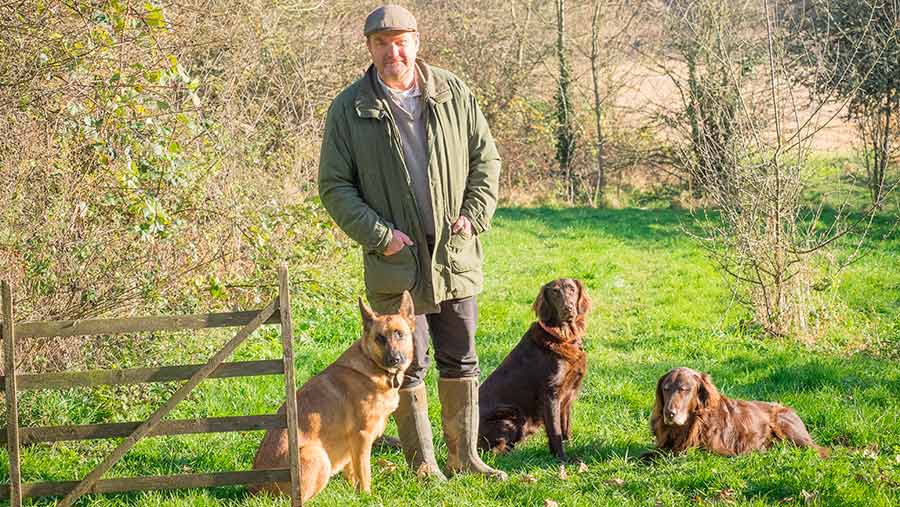 We are living in a golden age of geographical information. Never has it been so easy to pay a virtual visit to just about anywhere on the planet.

I can lose hours following my son doing his much-delayed “gap yaah” around South America.

I can indulge in a tear-filled nostalgia fest as I track down the New Zealand youth hostels that hosted me in 1981, when “gap yaahs” were simply called “years out”. Some are still there.

Closer to home, I get back from a shoot and just love tracking down the aerial views of the drives, and work out why I was facing the wrong way when the main covey came over.

And then, even closer still, I browse the fantastic aerial view of my own farm, and spot the mysterious and previously unknown lines and enclosures that were visible from God-knows-what altitude in March last year, when the latest pictures were taken.

If I could only get the landlord to take an interest and do a bit of digging, we’d be able to start in precisely the right spot, thanks to all the measuring tools available.

I knew something was up a couple of Christmases ago, when the children had ordered presents – via the internet, of course.

Thanks to the marvels of technology, they were able to track their latest purchase, which was inevitably yet another high-tech gizmo.

I find it best not to ask how much the latest purchase cost, or what was wrong with the last one. You just end up feeling old.

The tracking would say “pending despatch”, then “has been despatched”, and then it was “en route”. Excitement would build; time to get the dogs in and wait by the open kitchen window.

There would then be an anguished cry, followed by a quivering bottom lip. The tracking message read: “We tried to deliver, but there was no-one home. Please ring this number to rearrange delivery.”

Not surprisingly, angry phone calls would follow, consoling hugs were meted out, but there was still no parcel as promised.

The mystery was solved by a recent delivery of farm stuff. The driver rang: “I’m outside Manor Farm.” I said he couldn’t be, ‘cos I was, and he wasn’t. But I could hear an engine running.

I followed the rumble of an idling diesel engine, and found him parked outside Godwin’s Farm, another heavenly farmhouse on the other side of the tractor barn from ours.

I explained that he was outside the wrong house. “Not according to Google,” he pointed out on his tablet, and indeed he was right. There was a Manor Farm tag right over Godwin’s Farm.

Now, Godwin’s Farm is not only heavenly, it is also empty, and has been for some time. All those parcel deliverers may indeed have knocked on the door and had no reply.

It all made sense. And it’s not just us; my neighbour’s Flower Emporium has been mysteriously moved west. I wonder how widespread the problem is.

I’ve tried emailing Google to point out its error, but, not surprisingly, have had no reply. I doubt my message made much of an impact in the inbox of the world’s biggest company.

I could get my son to divert his travels, head north to California, and hammer on the door of Google’s HQ, which, Google tells me, is at 1,600 Amphitheatre Parkway, Mountain View. Mind you, that’s probably wrong, too.