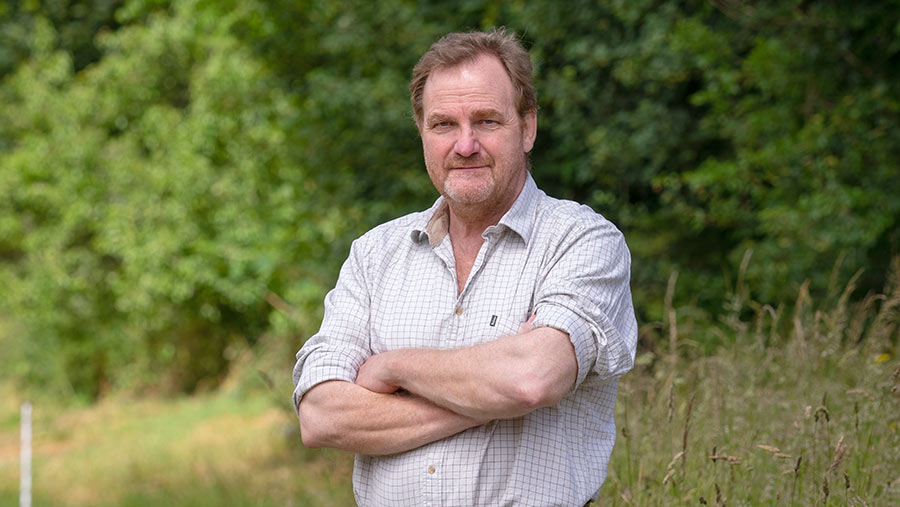 You know that scene in every war film, where the man in charge looks out over the battlefield and says: “I don’t like it; it’s too quiet… too easy.”

Well, that was me a couple of weeks ago, surveying my 75 acres of peas. They had gone in fantastically well into Kockerlinged-and-weathered stubble, had the perfect roll, then the inch-perfect spray, followed by a warm rain.

All my pea-based predictions here a few weeks ago were (unlike my Eurovision ones) in danger of going to pieces.

I knew what would get things back on to chaotic track: setting up the gas banger on the brow. I’d need the banger, an old-but-charged battery, and a trusty gas cylinder.

There was very little chance of finding all three of those. When I’m done with a machine, it tends to get put back in a random barn, and I make a comprehensive list of all the maintenance that is absolutely vital before it sees the light of day again. Both are then forgotten.

But I strolled into the barn, all set up for a “Where on Earth…” and there it was; a distinctive orangey/brown barrel sticking out from behind an unused rowcrop wheel and a stack of fencing posts. A bit rusty, a bit cobwebby, and probably not seen action for five years.

Next the battery: these are all kept well away from the prying eyes of Subaru drivers, so there was little chance of finding one.

“Seen a spare battery?” I asked Hazel, more in hope than expectation. “There’s one in Shed 2 – I charged it a couple of days ago for the sheep fence. Have that one.” Oh. That was easy.

But what about the gas? I think the last time I saw one of the little faded red cylinders, it was on its way from a thick OSR crop (remember those?) into the combine header – empty, thank God.

A panic stop, no damage done to the combine, and the cylinder went in the skip. But I was sure I’d seen some undamaged empties somewhere.

Yup, found them, in one of the most remote sheds. Even better, one of them still had a black stopper in the curiously reverse-threaded valve: a full one!

There was then an outbreak of maintenance. I polished up the spark plug, put new crocodile clips on the battery cables, and fitted a new gas regulator (which was lurking, completely inexplicably, in the kitchen drawers).

I loaded the whole lot into the back of the Terracan and set it up on the brow of Blackhouse Road. A quick check on timings and delays, and away it went.

A couple of months later, it is still going. Occasionally it seems late to start, and sometimes it misses one or two of the three scheduled whomps.

But the good people of New Pond hamlet haven’t complained, bless them, no one has been out and swiped the battery and, best of all, there’s not a single pigeon to be seen.

I think a few acres of sacrificial oilseed rape at one end of the farm will be a management tool to save peas from pigeons from now on – that’s where they all are.

Let’s not get too cheerful: there’s a long way to go. The Laser might do its usual trick of emptying the bank account while leaving the blackgrass untouched, the whole field might collapse under an August storm, and I’ve just noticed my expensive fancy cast-iron “pea lifters” won’t fit the latest combine header.