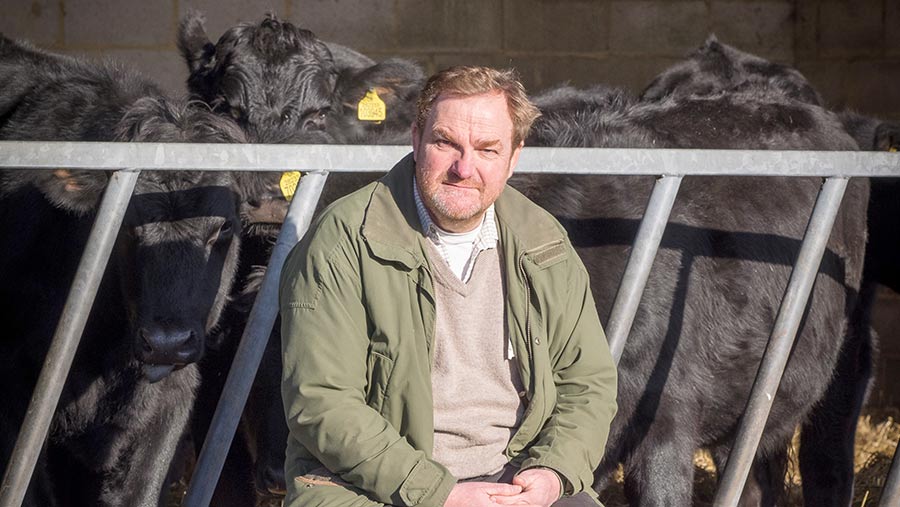 I wonder if Jeremy Hayes, the BBC’s complaints director, still reads Farmers Weekly? I’m only asking because six years ago he got very cross with an article I wrote after having hosted the Farming Today team for a radio piece about rural crime.

I described the experience in what I thought was generally complimentary terms (it’s been deleted from the archives, but luckily I still have a copy), but made the point that it was all a bit simplistically Farmanory, and it was about time we farmers had a hardcore farming programme – the BBC’s gigantic budget and multiple channels could easily accommodate one.

Mr Hayes didn’t reckon much of this. He demanded, and got, a reply in FW’s Letters pages, where he furiously pointed out just how fantastically brilliant and wonderful the BBC’s rural affairs coverage was.

His article is available on the archive, mysteriously, so you can read how fantastically brilliant and wonderful Farming Today is because it covers lots of topics, over a million people tune in and there are fewer than 300,000 farmers (I couldn’t get my head round that logic back then, and still can’t).

Best of all: “It is important for the general public to learn about the realities of the farming life. That’s why we at Farming Today prefer to avoid terms like Hagberg and OBM which might trip up a listener.”

Let’s ignore the apparent contradictions in that reasoning, and be comforted that we can’t possibly have the listeners “tripped up” by rural realities.

Anyway, I’d love to hear Mr Hayes’ thoughts on the shocking hatchet job done on all livestock farmers by Evan Davis during his interview with Minette Batters the other day.

We’re well used to superstar BBC presenters struggling, despite their astronomical wage packets, to hide their bias. James Naughtie (2018 salary, despite now only a “contributor”: over £170,000), for instance, asking Ed Balls about Labour party plans “if we win the election”, or Jane Garvey letting slip that the corridors of Broadcasting House “were strewn with empty champagne bottles” after the 1997 election result.

So we should be unsurprised when Mr Davis (2018 salary: over £250,000) says to Ms Batters: “Yes but [animal welfare standards] are not very good, let’s be honest. You wouldn’t want us to go around showing pictures of what goes on in a farm, would you?”

The strange roar from the countryside at 5.37pm on 27 June was the nation’s livestock farmers saying: “Oh yes, we would!”

Mr Davis is doing little more than following the BBC’s hostile line on meat eating – a line it also takes on Conservatives, Leave voters, CACC sceptics, and of course, the countryside, its hobbies and its inhabitants in general – thereby assuring the approval of his bosses.

And the whole hideous, biased edifice is built on extracting £3.83bn from television owners, whether they watch the BBC on those televisions or not, on pain of criminal conviction. So the public’s approval is not needed.

Mr Davis has, of course, issued some half-hearted apologies, in the sort of sneery and sarky way only a “sleb” inside the BBC echo-chamber of right-on opinion can, swatting away the protests from his salary-payers with a metaphorical rolled-up copy of The Guardian.

(Yes, I’m effectively paid from the public purse, too, as the BBC never fails to highlight whenever farming is discussed. But I produce food; the BBC brings us Jo Brand.)

So when you’re ready, Mr Hayes, your views will be welcome; in fact (to paraphrase Burbage in Shakespeare in Love), I have a page. This column is yours.