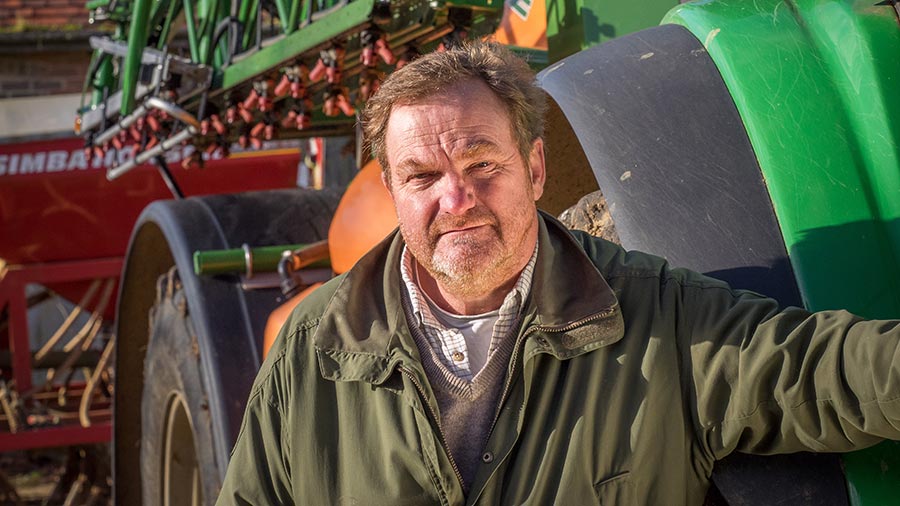 The one repeatable word I can use about the thieving scrotes who nicked our little grain trailer a couple of weeks ago is “brazen”.

It was a super little trailer, too – a 1993 Warwick 4-tonner monocoque in blue (one of the first new bits of kit we bought after taking over the farm) and it was treated very carefully over the years.

I think it did one scrap run to Petersfield 20 years ago, which left distinctive scratches – so we never did that again.

It replaced a leaky Weeks dropsider in the days when we were still moving oilseed rape round the yards, but then it settled into a routine of log cart, emergency harvest storage, gentle muck cart and occasional seed bag holder.

Its main job in recent years has been to hold all the beans rejected by the seed cleaning gang but perfect for a bit of pheasant feed or running up to Trinity Grain to add to our Long Pool crops.

It did seed cleaning last autumn, finishing up loaded to the brim.

It then got in the way for several months. Every time new seed was delivered, it had to be moved, so it was shunted around the farm somewhat unceremoniously.

In early March, the last of the mountain of straw finally got cleared from the barn down the hill, and the little blue trailer had a safe home, out of the way, not causing any trouble at all.

Hazel backed it in through the slippery ruts left by the bale haulers, drove the hundred yards or so back to the road, and put the huge chain round the double silver gates. 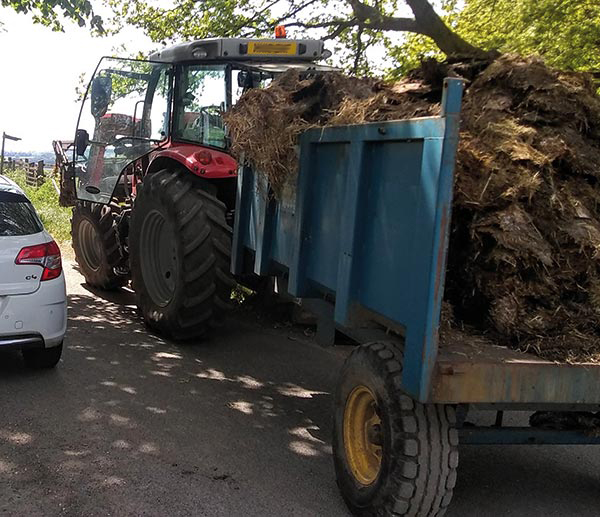 A week or so later, the chain vanished. After a fruitless session poking in the depths of the gateway puddle, we decided that some opportunistic sod had helped themselves to it, but thought little more of it.

Halfway through tea on Good Friday (which was already turning out to be anything but “good” – more on that next week), Hazel went very quiet. I asked what was wrong.

“You know I did all that rotavating down at the barn yesterday to get rid of the ruts? I don’t think the blue trailer’s down there anymore.” Ten minutes later, I was in the barn in the twilight, confirming her story. It – and our beans – had gone.

We’ve all done it – not noticed that something isn’t where we put it. And then you feel daft for not noticing. And then we felt even dafter for not clocking why the heavy chain went missing. And then just bloody furious.

Yup, we’ve all been there, and more frequently than ever as these bustards plunder the countryside.

But when did it go? You’d never drive an old trailer like that at night – its lights were less than 100% – and a daytime run through the farm or the village would surely be too risky.

After much posting on Facebook, complete with a picture of it doing muckcart, we had some feedback.

An old red tractor had been seen with a full small trailer driving through the village on the Sunday afternoon – that’s “brazen”. And now our informant felt daft for not clocking it too.

NFU insurance have come up with a very fair “market value” sum for such an old bit of kit, but it’s way off the price of a new one, of course.

So if you happen across a little blue Warwick trailer for sale, or three tons of beans tipped in a gateway, give us a shout. Hazel’s pheasants are hungry, and I want my little trailer back.