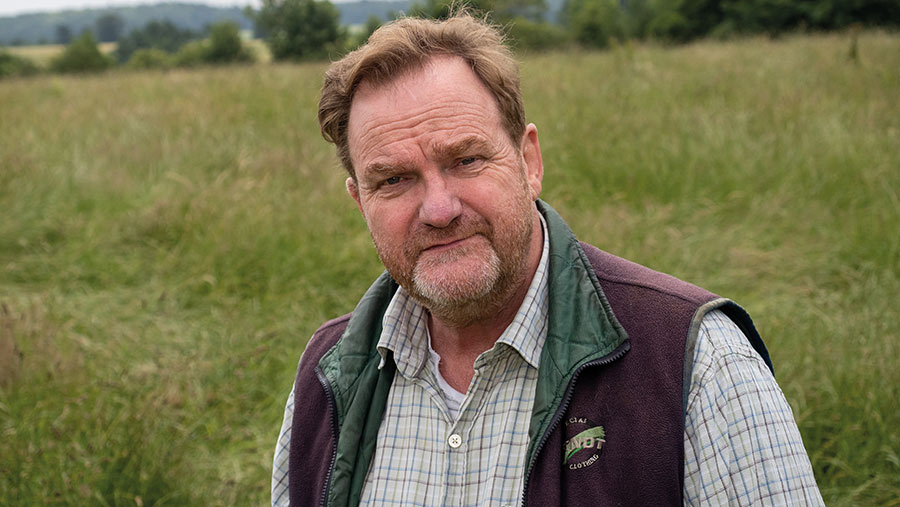 For the past few weeks, I’ve been trying to work out why the present frenzy surrounding farming seems so familiar.

All this talk of rewilding, agriculture’s purpose and muckheaps, all rounded off with a layer of political indifference that verges on contempt for the idea of feeding ourselves; we’ve been here before, a long time ago.

My nerdy memory took me back to 2003, and an article written by Anthony Browne, environment editor of The Times. It seemed he was unimpressed by a push by the NFU to promote farming.

“Farming,” he was keen to point out, “is an economically insignificant instrument of mass destruction… wiping out most of our natural habitat, poisoning the land with pesticides, ploughing up hedgerows and killing off badgers”.

A paragraph that would do splendidly on your anti-farming cliché bingo card.

He didn’t seem terribly keen on our “green” subsidies, either. “If we want to spend billions of pounds of subsidies on protecting the natural habitat, we should give it to real conservation groups such as the Royal Society for the Protection of Birds and the Woodland Trust.”

His verdict was that we should source everything from abroad: “Do the taxpayer a favour, do the developing world a favour, do Britain’s natural habitats a favour: don’t buy British.”

Well, I wasn’t having that. I wrote to The Times (or were we still faxing back then?) explaining that I had cut out and pinned Mr Browne’s piece to the office wall, where it would stay until the call went out for more food; it would then be shredded and added to the muckheap, I assured them.

It was a shame that The Times didn’t allow pictures in its letters page – because I’d taken one and sent it in.

Five years later, there were indeed calls for more food production. “Invest in farming to avoid food crisis, Gordon Brown told at food summit,” was the headline in Farmers Weekly in April 2008.

The World Bank was suggesting that a 50% increase in production would be needed by 2030.

I dropped another line to The Times. I pointed out that Mr Browne’s article had just been taken down and added to the muckheap, as promised half a decade earlier.

“I have just enjoyed carrying out this act more than Mr Browne could ever imagine,” was how I finished my pithy missive.

Fast forward to the present day, and consider the hot topics in farming: the ethics of farmers claiming green subsidies not to farm, world wheat supply (caused by green non-farming subsidies and Mr Putin), and, of course, the now notorious Muckheapgate.

(My apologies to George Eustice, btw, for not realising that he was being serious.)

Mr Browne, meanwhile, has moved effortlessly from journalism into politics, and now represents the Conservative seat of South Cambridgeshire.

I can’t help wondering if the many stout yeomen of that constituency know what his views on us farmers are. If they did, it might explain the 14% swing away from the Tories once Mr Browne was the candidate.

And who is chair of the All Party Parliamentary Group for the Environment – one of those curious informal think-tanks that crop up left, right and centre within the Palace of Westminster? Mr Browne.

As every APPG is keen to tell you, they have no official status, but this one’s mission is “to strengthen the influence of parliamentarians on public policy and public debate on the environment”.

Perhaps Mr Browne’s views on our “economically insignificant industry of mass destruction” still apply, and are more influential than we’d like.