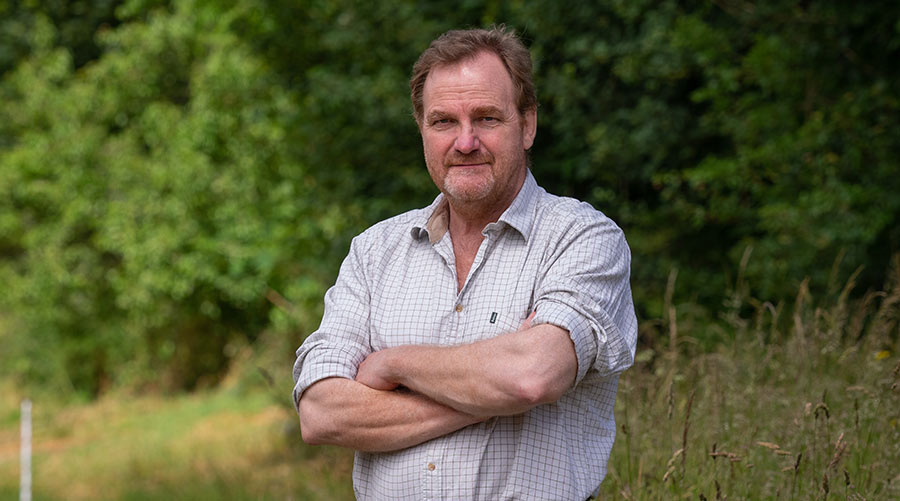 It struck me, as I lay awake early on a late summer morning, listening to the silencer-free motorbikes racing on the A32 and the A272, that a countryside-based hobby isn’t a hobby unless it’s loud.

If you’re going to spend some leisure hours out in rural Britain, it seems that you have to make a lot of noise.

We regularly host the hashers, who tumble their way round the footpaths and bridleways, merrily bellowing, in exactly the way we call cattle, about false trails and misleading piles of flour.

You’d think that the cyclists would be quiet, but, no, they insist on shouting as they go.

The scrambling bikes that fly along the Dark Lane track are almost as noisy as their A272-cousins, and a couple of local rally clubs find the Hinton Ampner bends very alluring, perfect for a bit of heel-and-toe action before the long deafening accelerate up Roe Hill.

This summer, however, a new hobby arrived in our part of Hampshire, and it is totally silent. In fact, it’s more than that: it’s silent and slightly unnerving.

There are people standing around in gateways, not actually doing anything.

Just lurking. And in an era when we’re on 24 hour-a-day look-out for in-field sheep butchering, machinery theft and hare-coursing, there’s one guaranteed way to attract the locals’ attention: hang around in a gateway, trying very hard to look nonchalant.

We’ve had a couple of police call-outs by the local shepherd, and more than one keeper has done the round-robin text alert.

A couple of weeks ago, Hazel was heading home with her pack, when she saw someone in the White Hill gateway, doing what we’re now becoming accustomed to: nothing.

She decided it was time to find out what was going on, and stopped for a chat.

He seemed uneasy at first, a bit reluctant to make small talk, but finally, thanks to the efforts of the crack interrogation squad (a flatcoat and a Malinois doing the “nice and nasty” routine), he came clean about what he was up to: he was geocaching.

Here’s what geocachers do. They travel round the country, using modern GPS toys and a selection of clues to track down “caches”, which are usually little containers tucked away out of sight.

Inside the container will be a logbook, which is then signed to prove attendance, and the cache is then put back where it was found. It’s like orienteering for geeks.

Then they go online to document their slightly furtive and secretive adventures – and when you read their comments, everything makes a bit more sense.

Muggles and a Malinois

“We had to wait for two dog-walking muggles to vacate the area!” said one lurker about the White Hill gateway cache. That explains the nonchalant hanging about.

“As hard as I searched within 30m of these co-ordinates I could not find the cache,” complained another. That explains the occasional figures seen out in the field.

Mind you, so does: “I’m not sure I went the correct way as I did have to skirt a couple of field edges.” Another cyber-nail in the coffin of the centuries-old system of rights-of-way.

Still, it’s a hobby, and everyone needs a hobby. It’s in the fresh air, and the GPS bit will be good for getting youngsters out and about. And they don’t wake anyone up at dawn, and what’s left of the countryside’s peace is undisturbed.

But it would be worth pointing out to the enthusiastic geocaching community that standing in a gateway trying not to attract attention is guaranteed to do just the opposite. Ask any farmer, shepherd or keeper. Or Malinois.