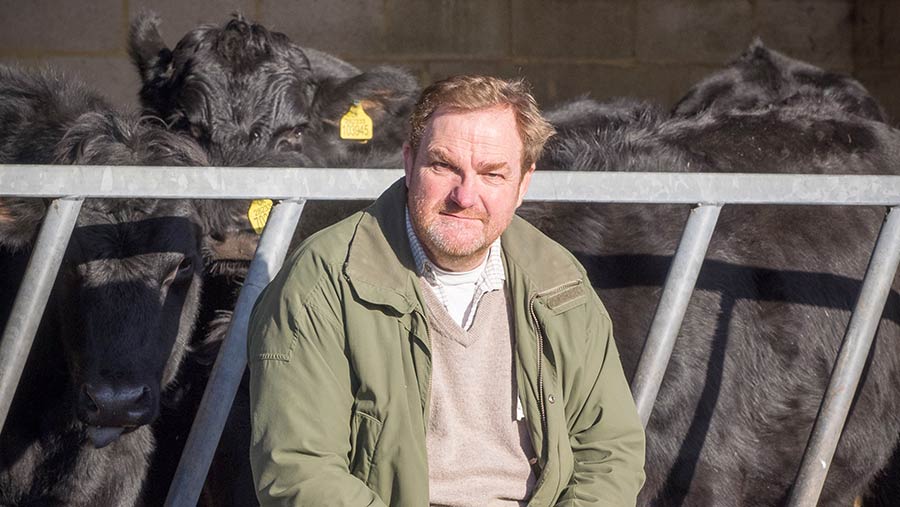 When the company that manage the pipeline that goes under the farm rang, I had a pretty good idea of what they wanted.

The pipe’s getting on a bit, and the little “pig” they send up it to check its condition keeps finding dodgy spots, and they’d found one under Drier Field.

It’s a vital pipeline, you see. It carries huge quantities of hot aviation fuel from the refinery at Fawley to storage facilities in west London, but after nearly half a century it’s going a bit Lancia.

Before giving them the go-ahead, I checked with my custard corduroy consultant, who was unconcerned.

The repair teams are quick, efficient, eminently fair in their compensation, and will always be grateful if you help them out as much as you can.

“And anyway,” he said, “they have legal right of access, so you can’t stop ’em!”

A chat with the landlord confirmed that they were happy for the repair to go ahead, so I rang the pipeline team back and told them to crack on.

A couple of thoughts struck me as I surveyed the huge hole that subsequently appeared in Drier Field in November: the first was that we’d missed a mischievous trick by not putting up a huge sign saying: “National Trust Fracking Site No 1 of 40”. The second was that we farmers really are a soft target.

By coincidence, that same week, the Committee on Climate Change decided to set about livestock farming.

The CCC is led, a tad ironically, by farming’s old friend Lord Deben, who you may remember as John Gummer, proving the safety of British beef during the BSE storm of the early 1990s by offering a burger to a reluctant daughter in front of a baying mob of press photographers.

These days, in M’Lud’s eyes, beef farmers have moved on from being suppliers of tasty and nutritious snacks for his offspring to being a threat to the future of the planet because of the supposed greenhouse gas emission.

Look to the skies

As I write, there are more than 13,000 aeroplanes of assorted shapes and sizes in the air (according to the fantastic Flightradar24).

All of them – barring the odd glider – are using fossil fuels. Aviation contributes about 2% of global greenhouse gas emissions, and if it were a country it would rate 10th in the chart of emitters – just above Germany.

And, quoting the European Commission: “By 2020, global international aviation emissions are projected to be around 70% higher than in 2005 and the International Civil Aviation Organisation forecasts that by 2050 they could grow by a further 300-700%.”

Where is the CCC’s campaign against air travel – most of it purely recreational? Where are the eco-activists blocking the airports?

Why weren’t they chaining themselves to the JCB digging the large hole in Drier Field? Why isn’t Lord Deben gluing himself to the undercarriage of the next flight to some spanking new airport in the soon-to-be-submerged Maldives in protest?

It might inconvenience some of the climate activists jetting off to their next conference, but, hey, sacrifices have to be made to save the planet.

They won’t of course; they target the livestock industry instead, which has been happily providing food for 11,000 years without trashing the planet. We’re an easier, softer target.

The hot fuel will still flow, the repair holes will continue. I must get to work on those “fracking” signs.