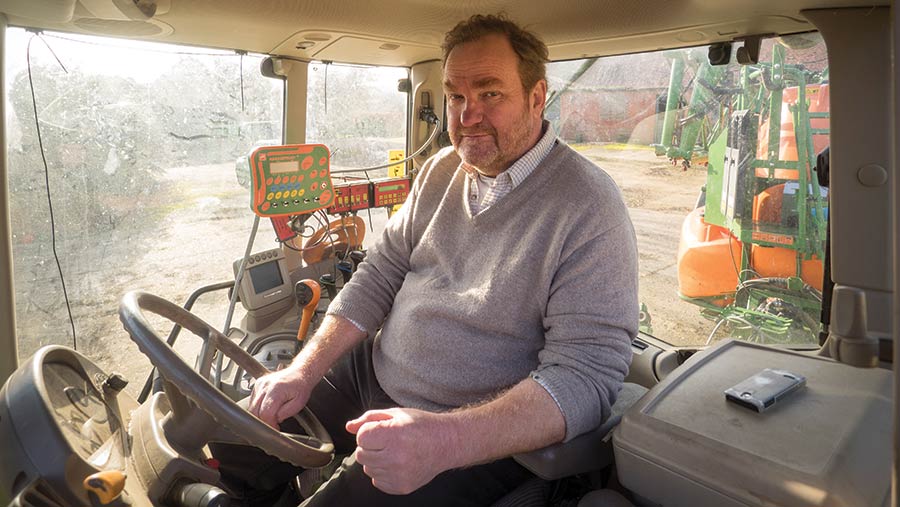 Well, cover me in brandy butter and call me a Christmas pudding; the new tractor has arrived.

It was delivered to the wheat field at harvest tea time, complete with a bunch of flowers for Hazel (it is, after all, her tractor), whisky and a smart gilet for me, and some overalls that would have fitted me perfectly before I lost 20lb following the hip op.

But never mind the finer points of tailoring – it was done with some style. And on a little farm like ours where machinery is minimal – the days of seven Fords lined up in the tractor barn are long gone – it made for a proper occasion.

And what’s more, after a week on the farm, it seems to have been assembled properly and everything appears to work – I think we’ll be keeping it.

There’s the small matter of setting the wheels to 72in (an inexplicable 62/66in at the moment) and getting my after-fit radio to work (it was cheap on eBay – I can’t for the life of me imagine why). Then there are two major jobs that need to be done.

The first is to try to get my head round the instruction book. I’ve dutifully brought the huge folder full of manuals into the kitchen, and have been carefully perusing them over mealtimes. A week later, I’m none the wiser.

Luckily, the majority of the functions are identical to those on the old tractor, so we’re all still capable of jumping in, driving off to a field and getting a job done.

But as for trying to set the relative default forward/reverse gears – well, the Physics-with-Philosophy graduate has been giving it his full attention, and he can’t grasp it. “There are a lot of words,” was his carefully considered verdict.

I might have to endure the shame of asking the salesman to explain it again – once he’s back from his well-earned holiday. I asked him if he was off somewhere exotic on the proceeds of the sale, and got a very dirty look.

Job two is to give the old tractor a good wash. It was sitting in the yard looking slightly forlorn and unloved, waiting for the dealer to move it to a new home much further west, and it was filthy.

So I used it to re-sow the wild bird strips, and with the back axle now nicely warmed up, set about it with our pressure washer.

It has done 3,200 hours with us over nine years, and behaved itself very well. The tyres are the original, and bear the numerous scars of ploughing with the fantastic Massey 715 4f in our flint-heavy soil.

But as well as ploughing, it cut and made the hay, carted and stacked bales (hay and straw, big and small, round and square), rolled the fields (arable and pasture), rotavated, disced – and, of course, pottered over the wild bird strips with my £400 Sulky 3m drill (another eBay special, but working nicely).

The pressure washer brought the paintwork up to a respectable shine, blasted off the dirt and grime from a million nooks and crevices (much of it arriving straight back in my face), and, of course, totally failed to shift the mat of grass and dirt from the spaghetti of pipes just beyond the top link.

There’s a pied wagtail in the yard that will miss that as a source of nesting material and, occasionally, a nest site. In fact, we’ll all miss it.

So, wherever our little tractor ends up, I hope the new owners are nice to it – and appreciate the fully working radio.