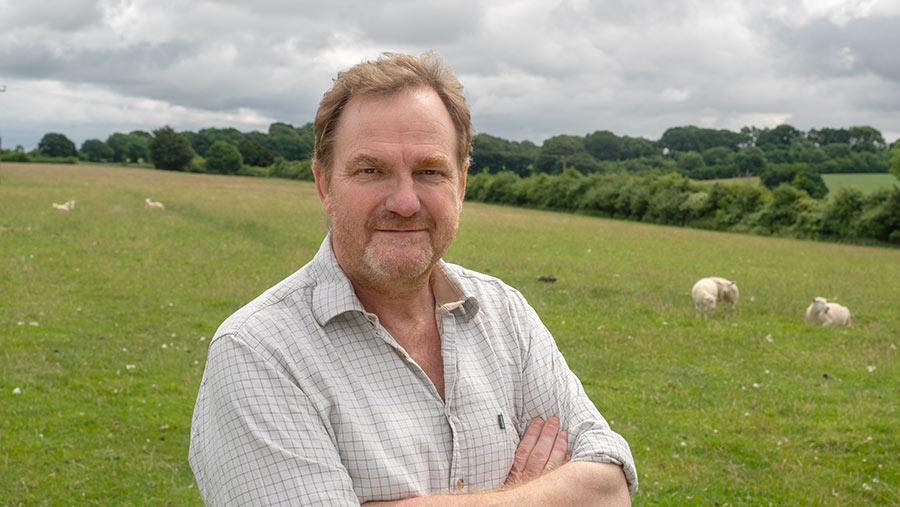 When it’s a hot May day, too windy for spraying or that last dose of liquid fertiliser, there’s only one place to be: on the very top of the combine, wielding a weedy pressure washer.

It’s the perfect place for some solemn contemplation and reflection on the state of the farm.

In many ways, it’s like being the cartoon guru dispensing wisdom on the sharp peak of the mountain – not least because of the effort involved to get there: up the side steps, over the engine (still giving off a delicate aroma of toast after last year’s close-thing fire), and carefully on to the grain tank.

And then, giving thanks that you remembered to turn on the power before setting off on your Snowdonesque ascent, you get to work, making sure the low-pressure blast scythes through the black dust but leaves the paint untouched.

Enjoy this bit – once you start on the mechanicals, most of it comes back in your face.

Pressure washing combines was thoroughly disapproved of in my youth – “you’ll get rust in the seams!” was the cry.

It was done with a hosepipe and a hand brush. Mind you, we had men back then, and three weeks to spare.

When the shoulders need a rest, it’s a great chance to survey much of the farm from an unusually lofty viewpoint.

To the south-east is the one field of oilseed rape to have survived – and I’m getting a bit fed up with it.

One week it’s a write-off, and I’m on the point of ploughing it in. Then, suddenly, it’s off again, flowering and getting off the floor.

On goes the last bit of fertiliser, and it promptly goes all goth teenager.

Tod the Cropdoctor agrees that it only justifies a cheap ’n’ cheerful mix of insecticide and fungicide – and it promptly explodes into life again.

To the east is my fertiliser tank, sitting empty, waiting for the last lorry load. It should, of course, be topped up and ready to use, but in the glorious chaos of the past six weeks, my sophisticated ordering system (don’t laugh) has gone to pieces.

Look to the west and you’ll see why; there’s good wheat, bad wheat, late wheat, early wheat – and often in the same field.

Trying to work out a detailed fertiliser policy for that lot – while trying to sow and spray the rest of the farm – has been a bit of a challenge.

As usual, I’ve been doing WICWIC farming – what I can, when I can. So far, the weather had been really kind, with regular bursts of hot rain letting the nitrogen get to work quickly – but then you blink, and it’s time for more.

To the north is the old Conder Bin storage barn, unused for decades.

Ten 50t capacity boxes, bolted together, with an intake pit, cleaner, and a Cyclone fan with heater banks, designed to dry the crop (and empty the bins) through the ventilated floor.

I’m not sure I’d dare press the star-delta button now though. Dad put it up in the 1970s, after a bumper grass seed crop, but now it sits rather sadly waiting for something – anything – to be done with it.

A few months ago, I put out feelers for demolition and replacement. Ouch. “It’s the asbestos, you see.” Not this year.

With shoulders rested, it’s back to pressure washing.

It’s quite comforting to see the farm in its usual state: not brilliant, hardly spic-and- span, and certainly not good enough to drive visitors to ascend my New Holland-shaped mountain in search of farming wisdom and knowledge.