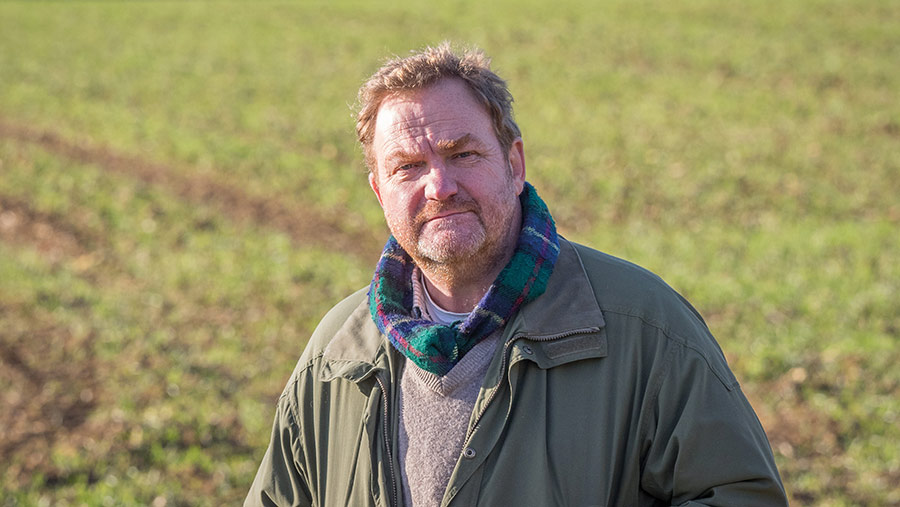 I was quite cheerful, parked up in the bottom corner of Big Field, waiting for the oil supply to the Horsch’s hydraulic fan to warm up.

I had a tank full of diesel in the Deere and trailer full of spring barley seed – rather too much seed, as it happened, following a complicated technical error during pre-drilling preparations (aka I’d miscounted the number of bags in the barn).

Not a problem, of course; there’s 22 acres of dismal winter barley that would look better after a litre or two of Roundup, so spare seed could end up there.

We’d had an excellent run of weather, moving seamlessly from late winter wheat into spring barley, and the forecast was still good.

I’d finally found the dodgy connection on the Horsch’s wiring loom that had filled with water and had been sending comedy error messages to the control box (“Stop/Go/Shut up/Sit Down/Fan off/Invade Poland/Luxembourg dix points/Gesundheit!”), and after some vigorous shaking and a squirt of WD40 was now behaving impeccably.

I had failed to grow a second head (or second anything) after the virus jab, the days were getting longer, the new hedges were going green, and there was one more big weekend of rugby to act as drilling deadline.

Big Field looked ready. It too had had a healthy dose of glyphosate, and I could set about drilling through the bare patches and lumps left by the awful conditions of winter 2019. But which way to drill it this year? (I’m old school; tramlines get moved every year.)

Well, it was this way last year, that way the year before that, so following the longest headland would split the two; decision made.

What could possibly spoil my mood as I eased the coulters into the ground and throttled up? Mother Nature, that’s what.

She sends lots of company these days; deer glaring at me from the wild bird strips, hares running in manic lines, badgers leaving white lumps of chalk subsoil (are we allowed to drill through these?), and buzzards and kites scanning the freshly moved ground from the telegraph poles.

And then there was the tiny leveret. Poor little blighter – it wasn’t very old, and it struggled through the old wheat stubble to escape the drill as I approached. It would hop and stumble clumsily out of the way, and then hunker down again.

Each time it moved, it was spotted by the buzzards, but they weren’t brave enough to go near the tractor. Then they’d lose sight of it again.

We got to the top of the field, where the curious springs surface, and last year’s wheat seed had rotted. The leveret ran out into a bare patch.

As I headed back down the hill, I was passed by a buzzard, full speed at stubble height, on menacing final approach, Dam Buster style.

Sure enough, as I turned and headed back up, the buzzard was trying to make off with its freshly killed prey – but it was too heavy. As the tractor approached, the bird dropped the hare, and headed back to the trees.

The poor little leveret, back leg still flicking pathetically, vanished under the tractor, and through the Horsch for an undignified half-burial.

I was quite upset. Not sure why – “red in tooth and claw”, “circle of life” and all that. You can bet your life its carcass had been recycled by the morning, and the adult hares were busy making replacements at the bottom of the hill.

I must be getting soppy in my old age. Either that or it’s a vaccine side effect.