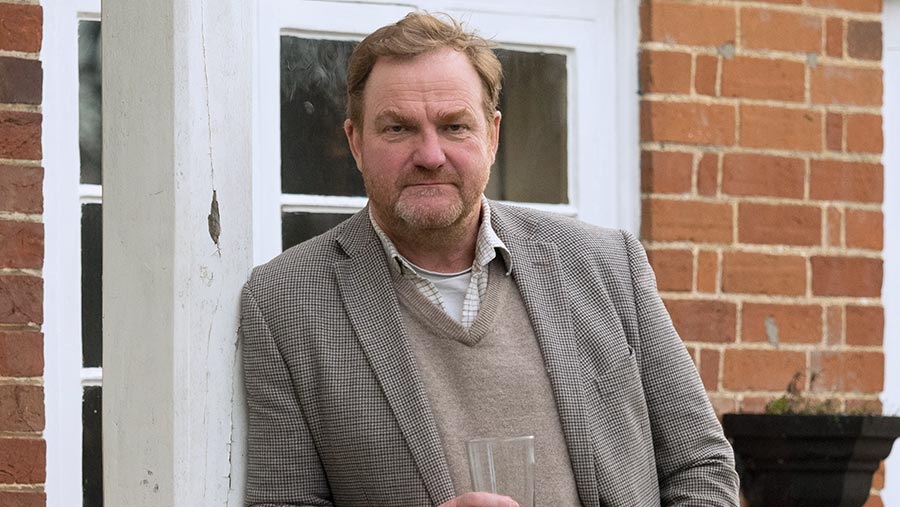 After a quick look at the forecast in the lead-up to Christmas, I decided it was time to bring the drill home.

It had been parked up on the headland of Cheyney field for a couple of weeks, waiting for a run of drying winds or ground-hardening frosts, and all we’d got – and were going to get – was manky. I hitched on, folded up, and set off along the narrow lanes.

A perfect time to contemplate the past year. “What have we learned?” I asked myself in a partial re-enactment of the last scene of my favourite film – Burn After Reading.

For a start, we’ve learned that farming is the job to be in during a “pandemic”. Day-to-day activity has been pretty well unaffected.

Two older children are in jobs that have thrived during the chaos, and the third had an extended uni holiday that meant he was handy all summer.

No furloughing (and there’s something we hadn’t heard of, this time last year), no redundancies. Blessings duly counted.

True, we’ve had to abandon our massive weekly black-tie dinner parties for 30 or 40 of our closest friends.

But four or five of us sitting on the summer lawn round a roaring beechwood brazier, nursing pints of Perridge ale, was a fine substitute for something that (you may have guessed) never actually happens. It might even have been legal. Who knows?

We’ve learned that now, more than ever, the public loves to get out for a country walk.

Many of them haven’t learned that the countryside is muddy, and still set off round the estate in unsuitable footwear, or steering a pushchair.

I was lectured angrily about the state of the tracks one day by a lady in trainers, as if it was all my fault. I offered her a brace of freshly shot pheasant as compensation. Curiously, that didn’t improve her mood.

We also learned that “now, more than ever” ranks just below “build back better” in the most annoying phrases of all time. Bit like “of all time”.

Out in the fields, we learned that seed will store safely for 12 months – in fact, the winter barley looks a tad thick after we upped the seed rate to account for loss of germination.

Mind you, last year’s stock of Zulu went in well on the heavy clay, got rolled, got sprayed, and then had 3in of rain on one of those freak early October days. “Thick” is not the word for it now. Try “missing”.

We discovered that there really is a thing called “vernalisation” – it’s not just a paragraph in a cereal husbandry textbook.

I experimentally drilled a couple of hundredweight of Crusoe in April, and it really did come up as grass, with no ears. Big mistake to do it near the busy footpath. Even the Bramdean white settlers noticed it wasn’t right.

Most significantly, we learned that new year-sown winter wheat can do well.

As I trundled carefully past the numerous parked cars, I glanced out at the unsown pea stubble in White Hill, yet again greening up with blackgrass. Plenty of time to get out there with another squirt of glyphosate, and have a month to drill it.

So a pressure-free Christmas beckons – if you ignore the violence of Racing Demon (and unfounded claims by Hazel that I cheat – I’m just better at it), getting one’s bottom kicked during Monopoly, and the ritualistic fight for the strawberry cremes in the Quality Street – and the 100th viewing of Burn After Reading.

Can’t wait. And I hope your Christmas is as good as that, too.