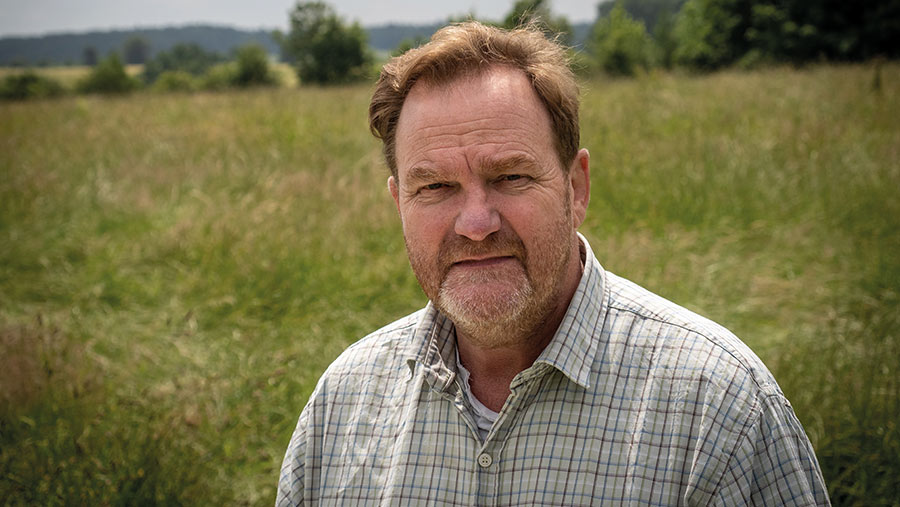 I thought it important to make a good impression when meeting the new Police and Crime Commissioner for the first time.

The excellent Countrywatch team had organised another “meet the farmers” session for her. So I had a clean shirt, clean trousers, clean Gucci unmentionables and a morning free of jobs on a sweaty June day.

That plan lasted until breakfast, when the phone suddenly got busy. First, a text from neighbour Brad: he’d seen three Dexters loose in Dark Lane.

Dexters? In these parts? Odd. Hazel got on the phone to all the usual suspects, and then jumped in the truck to investigate further – excusing me from chasing cattle.

The phone rang again. The lorry bringing a pallet of feed for our beasts would be with us in 20 minutes. Much as we appreciate getting notice, a bit more would be handy, but there we go.

I couldn’t dodge this job. A frantic 10 minutes of refuelling, opening gates and swapping from grab to pallet forks rapidly swapped “suave” for “sweaty”. At least the actual unloading took only a minute.

Then Hazel rang to say she had found the trio of Dexters. They’d worked their way to our grain store yard, and she and a passer-by were trying to stop them heading out onto the road.

One was quite pregnant, one was very pregnant – “imminent”, she said. I drove down to help, thinking we could gently nudge them into a lean-to and keep them safe there.

The Dexters were having none of it. “Rare breeds are rare for a reason” I thought I heard Hazel mutter more than once, as they steadfastly refused to co-operate.

After 10 minutes of fruitless circling in the yard, the three Dexters decided they’d had enough of this nonsense, and set off across the winter barley.

We headed back for more phone calls (Hazel) and a well-earned shower (me). And with fresh shirt, trousers and unmentionables, I set off for the police meeting.

It was surprisingly optimistic. There was a lot of positive talk about the numbers of new recruits coming through and the new toys that are available – and having great results against a familiar sector of the rural crime community.

We had a wonderfully commonsense briefing from the Firearms team, although it contained the plea for us to stop leaving our guns unattended in vehicles. Do farmers really still do that?

I begged the PCC to abandon trying to slow down the 6am racing bikes on the surrounding A-roads – an impossible task – and switch instead to shutting them up; a job that could, in theory, be done by walking up the rows of parked bikes at the cafés and spotting the exhausts marked “not for road use”.

A quick dangle of a decibel meter near some of the obviously retrofit silencers would take many of them off the road, too.

Plans were afoot, she promised, to act – and in ways that were slightly less provocative than barging into the bikers’ café car park waving a microphone. Fair enough.

After tea and buns, I got home to find Hazel just finishing the cattle saga.

The owner had been found in a nearby village, the cattle had been spotted making their way home (as they usually do), and assorted neighbours armed with bicycles and drones were helping the Dexters on the last half mile or so to their field.

“I reckon three will be four by the morning,” said Hazel. “I think those old girls were simply out for a walk to hasten things along, bless ’em.” There’s the voice of experience – and not just in raising cattle.