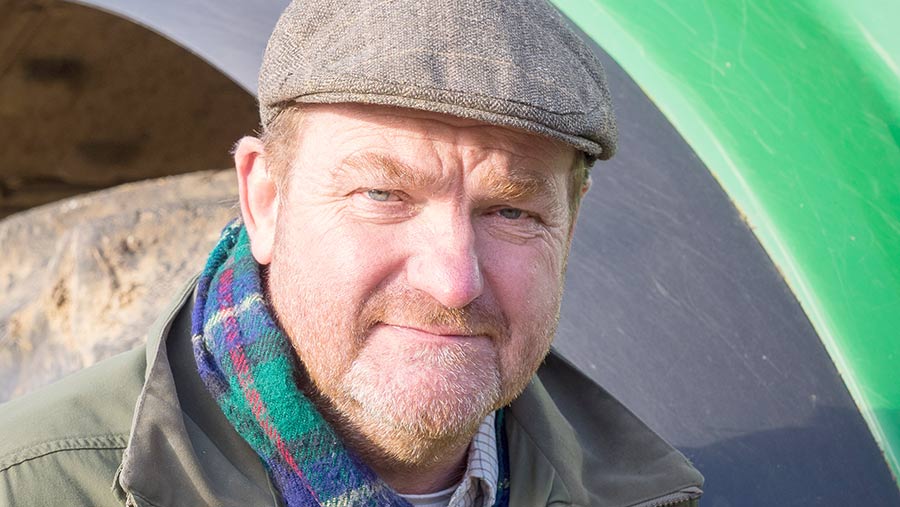 Reasons why farming is character-forming, number 34: sometimes, no matter how hard you try, there’s absolutely no-one else to blame but yourself.

Early one September Saturday morning, I was loading the last 500kg bags of winter barley onto the manky old bale trailer we use as a seed cart.

“That’s odd,” I thought as I threaded the new loader tractor carefully in and out of the barn designed for Super Majors. “There’s an awful lot of bags still here.”

By the time the last one was on, the mental arithmetic was finished, and I knew something had gone horribly wrong.

I’d sown well over half the barley area, but there was still well over half the seed left. How was that possible? I knew I’d started with 11 tonnes, and I knew the area to be sown – what could have gone wrong? One divided by the other, then calibrate – should be easy peasy.

The answer came when I consulted the little calibration notebook, in the “area to be sown” column. The figure for Chalks was right, Folly was right, but there had been a major cock-up for the block at the very east end of the farm.

And whose fault was that? Could I blame the confusing metric system, and the French (always a good idea) for starting it? Could I hold the £1.99 calculator, with its missing pixels, responsible? Or the digital scales for not reading out the right amount?

No. It was my stupid mistake. If, after 32 years of being drillman, I still can’t think in both acres and hectares, and thereby spot that Hurst Down is 26ha, not 38ha, then that’s no-one’s fault but my own.

But what next? Option A is to tweak the seed rate to what it should be, and have enough seed left over to redrill the Hangar, where the beetles are still savaging the oilseed rape.

Option B is to divide the remaining seed by the remaining area to get rid of it all. But that would mean a mighty high seed rate.

And I know from bitter experience what happens with too high a seed rate. Just before harvest 1987, three of us (me, my father, and his agronomist) were looking at a horribly flat crop of barley in Joan’s Acre and Dell Close.

It was Klaxon spring barley and, according to the drill notebook, 35 hundredweight bags had been delivered for the 28 acres (which is what the two fields were reckoned to be in those far-off pre-form-filling days).

I was very proud that I had calibrated perfectly and matched the seed to the area successfully. But why was it flat? Dudley the agronomist drew slowly on his pipe and delivered his verdict: it had gone in too thick.

Dad nodded in agreement. “Too thick, yes, definitely. You’ve sown it too thick, Charles.” I was furious. I’d done exactly what was asked – how was I to blame?

There was to be no debate, though. The two old and wise men clambered through a cloud of pipe smoke into the front of the old Land Rover, I climbed into the open back, still seething with silent rage.

A third of a century later, though, the stoical endurances of such blatant injustices are useful – they’re character-forming: I can hold my hands up, take the blame and shrug it off. Even when it really is all my own fault.