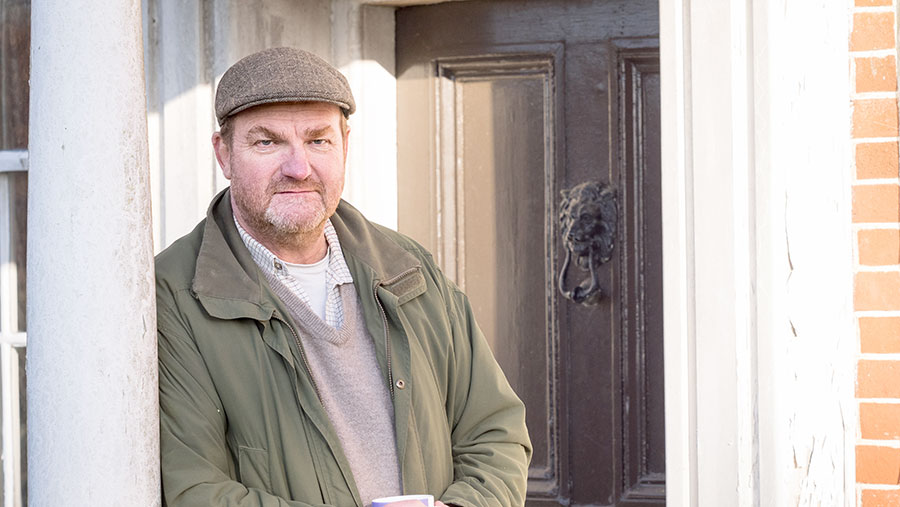 In an ideal world, not a single punter would have turned up to Hampshire Police’s Rural Crime Event, held at Sparsholt College a couple of Sundays ago.

It’s true that the day was by invitation only, to keep away those who didn’t really need to know the very latest cunning plans our constabulary were contriving, but even so, how lovely it would have been for the dozens of police-persons of all shapes and sizes to have no one to talk to.

Unfortunately, the turnout was massive, which suggests that the day was in fact much needed – and not just because the October rain meant we had nothing better to do.

As in nearly every other county, Hampshire’s countryside is being subjected to a 24-hour-a-day wave of crime.

But it is all accompanied by a level of intimidation and thuggery that doesn’t make the life of the modern, often single-handed, farmer any more pleasant.

It seemed very apt that the Farming Community Network were among the exhibitors in one of the halls.

Also there were Fire and Rescue, Speed Watch (“Forget speed – go for noise!” I told them), reps from the New Forest National Park, and many others, including (somewhat incongruously) the Bat Conservation Trust – unless, of course, a Mr Bruce Wayne was hanging about there somewhere.

Thanks to the table highlighting the battle against illegal animal by-products (aka “Cites”), I got to handle a world-famous actress’s snakeskin killer heels.

Hmmmm. Nice. (Not for the endangered snake, of course – hence their confiscation.)

There were presentations in the lecture room from the Crown Prosecution Service, the Council’s fly-tipping lead and a police inspector – and it was she who had the most interesting stuff to tell us.

There was a lot we already knew: lock things up, take keys out, and install lights and CCTV.

She agreed with us on a few things (yes, the 101 non-emergency number is as useful as an arthritic one-winged homing pigeon) and told us off about others (don’t whine about police response if you don’t bother to report everything).

Elephant in the room

But there was a fascinating rundown of the high-tech kit coming through, making their jobs an awful lot easier – and some figures showing that, thanks to all our gadgets and gizmos, high-tech crime has crept into farming, too. Never has the lack of online banking at Flindt Towers seemed more wise.

But there was an elephant in the room – and it wasn’t on the Cites table. It could be found in the gents’, where I and another farmer (until then a complete stranger) discussed our experience of rural crime, and the 0.1% of the rural population who make 90% of our trouble.

Within two sentences, up came some words that meant we had to lower our voices and hope we weren’t disturbed mid-pee by very senior members of the Constabulary – ones who have been on the Common Purpose course and therefore believe that using nasty names ranks alongside tractor theft and assault. We’d have been in cuffs before we could shake’n’zip.

In fact, as I drove home through yet another deluge, after what had been an informative and encouraging day (and full credit to those who put it on), I couldn’t help but ponder what would happen if the 0.1% were targeted by our Constabulary (former New York Mayor Rudy Giuliani-style) hard, fast and frequently.

There might indeed be tumbleweed blowing across deserted car parks at the next Rural Crime Event.