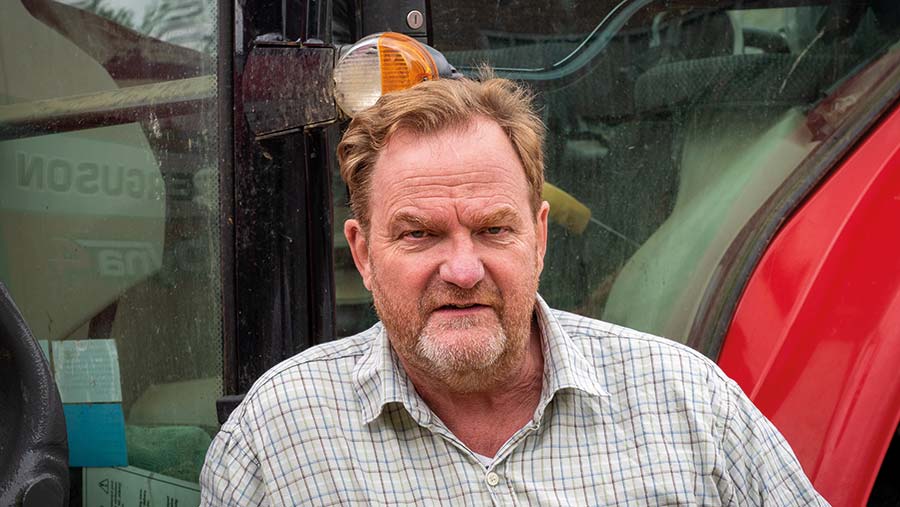 National Trust walkers setting out on the round-the-estate Dutton Walk must have been stunned last week to see the hedge had been neatly trimmed for the first time in many years.

It’s an awkward bit of foliage, only accessible from the next-door meadow, and even then only after threading your way through numerous trees with the trimmer.

So, what inspired the friendly farmer to get on and do it? Well, I’m a great believer in the old “starting harvest” rule: wait till the barley is ready, then go away for a week.

Trouble is, “go away” isn’t really an option at the moment, what with my Covid still hanging on, and petrol prices and packed roads taking the fun out of any trip.

But what to do? I decided that the time has come to revisit the many mysteries of regen farming.

The subject fills more and more of the farming press every week, but, as the mighty David Richardson pointed out a couple of weeks ago, “it comes with more emotion than analysis”.

And when David speaks, we should listen.

I ventured on to Twitter (carefully, for, as David also pointed out, offence can be rapidly taken by some in that world) and asked how livestock can add nutrients – one of the bedrock claims of the regen movement. “In my farming world,” I said, “livestock are net takers; that’s how they grow.”

A handful of regen advocates joined in the debate, which was polite and calm – but surprisingly short.

Early explanations included crediting the mass of life living below the surface for the extra fertility.

I could sort of see the sense in that, but it still gave no credit to the above-ground biology, or explain how livestock, using only air, water and what they eat (i.e., what’s already there) are somehow manufacturing nutrients.

Stuff that comes out of the back end can only have come from what went in the front end, and some has been kept back by the animal.

“Photosynthesis” was the next explanation given. I reached back to O-level biology to quote the left-hand side of the equation: water, carbon dioxide and light.

Ah, said my new Twitter friend, the sugars produced go to feed all the “soil biology”, who then go and “fetch” the nutrients.

Where from, I asked – existing soil reserves? “Yes… Have a great day” was the reply – which I think is Twitterspeak for “go away”.

“From the atmosphere” another regen fan chipped in, picking up the cyber gauntlet. “The soil food web is turbocharged by livestock – there are many examples of P and K indices going up.”

There’s no P and K in the atmosphere, I pointed out. “Indeed,” agreed my co-debater, “but there’s a lot to be found in the soil, subsoil and rock. We can’t mine it forever, of course, so we top it up with compost.” (“Mine”, please note.)

So we were all agreed. A soil profile heaving with life and boosted with organic matter that has come out of an animal’s bottom is much better at making previously hard-to-access soil-based nutrient reserves far more available to a growing crop.

But, as I suspected, no animal is actually making nutrients. It would appear that my old textbooks are still valid.

The exchange was short and well-mannered, but it did leave me with a few more days to kill before venturing into the winter barley.

I really didn’t fancy a trip to a crowded beach, and it was still too early to start the accounts. Only one thing left to do – give the Dutton Memorial Walk a trim.