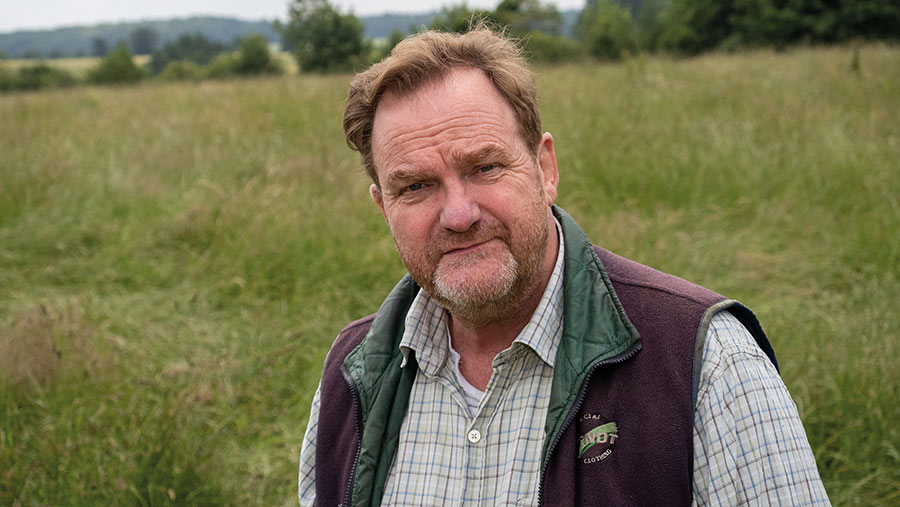 The collective wisdom around the table was that it was the site where the last wolf in the parish (or county, or even country – that bit we couldn’t agree on) was killed. But when? No one could answer that, either.

The next morning, once tables and heads had cleared, I sat down with the omniscient Mr Google.

“When was the last wolf killed?” I asked him. In moments, I had vanished off down a Google rabbit hole of info about the Middle Ages.

What was curious was how it may have been hundreds of years ago, but an awful lot of it was worryingly familiar.

Those wolves, for instance; they needed forests. Luckily, England had plenty back then. And what is the hottest topic in the countryside at the moment? Planting trees. On good farmland.

But that was only the start of the uncanny parallels. The Middle Ages saw a rejection of classical science and knowledge in favour of slightly less rigorous scientific technique.

Alchemy – the art of turning base metals into gold – thrived.

Nowadays, we have folk rejecting recent crop science and claiming to spontaneously create vital nutrients in the soil using nothing but cover crops or, even more bizarrely, livestock. Truly the alchemists of our age.

Sometimes their maths seems a bit iffy too; a leading figure in the “sustainable” movement recently claimed in these pages that his crops could yield a jaw-dropping 12.5t/ha in a rotation without pesticide and fertiliser.

Even if that were true for one year, dividing it by the length of the rotation puts the yield into a slightly more accurate perspective.

Talking of gurus, the Middle Ages was a golden age for cults and saints, travelling the world to spread the word. These days, we’ve got Greta in her carbon-fibre yacht.

Spiritual leaders would gather at great “councils” to discuss heavy theological matters and make lofty pronouncements on how the great unwashed should behave and live their lives.

Windmills were springing up back then too, and I bet they didn’t work when the wind didn’t blow – like our wind turbines.

(Batteries are often cited as the answer to this inconvenient truth – and the labour regimes used around the world to source components for these have a medieval ring to them.)

Perhaps my favourite analogy is also a religious one: indulgences. In the Middle Ages, one could effectively “buy” forgiveness for one’s sins, handing over huge sums of money.

The “sinner” was promised forgiveness and redemption, and even “perpetual happiness in this world and eternal glory in the next” (to quote from that nice Mr Google).

The monies raised often went to fund good works (St Peter’s Basilica, for instance) or even just a prayer – but sometimes they didn’t; they lined pockets.

Now, I’m sorry, but if indulgences aren’t the inspiration for “carbon credits”, I don’t know what is.

It was a bit of a shock to find that the circle is nearly complete with some bright spark reintroducing wolves, but at least they’ll feel at home in the new forests.

What the good folk of Wolf Hangar would make of the news, I don’t know.

One thing I do know: next time we are asked why we’re falling behind in food self-sufficiency, we won’t need to ask Google; we’ll just look out of the window.

It’s the re-medievalisation of the nation’s countryside.