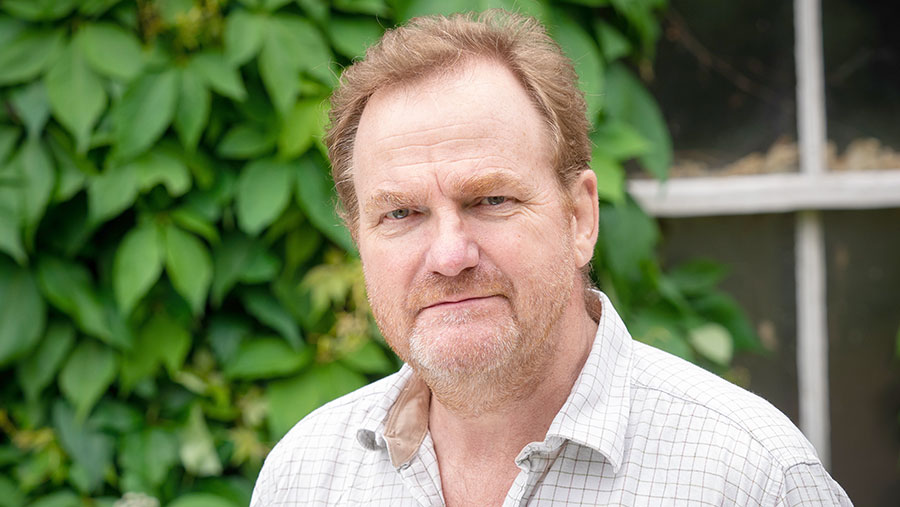 I owe you a large and public apology. When you dropped in unannounced the other day, I was somewhat less that courteous; in fact, it could be said that I was hideously obnoxious and rude, which is most unsuitable behaviour from a member of the farming community. So I’d like to explain what was going on.

You see, when you drove your large panel van into the yard, hooting merrily to attract attention, I was upstairs, clad only in white t-shirt and Gucci boxer shorts.

I was getting ready to go to the physio for more post-hip-op therapy, you see, but noisy vans arriving unannounced in the yard take priority over getting dressed properly. Hence my appearance like a grumpy Greek god at the kitchen window.

You’ll remember that I called your driver’s mate over to the kitchen window because he seemed somewhat lost, and was wandering around the yard in a way that sets off alarm bells; the fact that the van had been parked up away from the CCTV did little to silence those bells.

It also didn’t help when he asked “Are you the gentleman of the house?” Even sleepy little Hinton Ampner has moved on from the 1780s.

You might want to point out to him that “We’ve been selling trees round the corner, and we’re doing 70% off” is not the greatest opening line for making a sale, especially when I asked (in a style that matched his enthusiasm for Georgian vernacular) with whom, pray, he had been doing business, and a confused and slightly mumbled series of unknown names was given. None of them seemed familiar as residents of Hinton Ampner to me.

At this point, I asked, still very grumpily, if the van could be reversed into view – this was for two reasons: first, so that I could cast my eye over it, because we farmers can often tell, after decades of dodgy vans in our farmyards, if any one van justifies letting the angry Malinois out through the back door.

She was sitting, quivering, at my feet anyway, just begging for permission to launch herself out through the kitchen window to introduce herself in her own special way.

The second reason I requested a proper view of your van was so that I could take a decent picture of it, for the record.

I’m not your mate

The driver happily backed the van up, but then didn’t reckon much of a picture being taken, reverting to calling me “mate” (which riles me almost as much as being called “the gentleman of the house”).

No need for a picture, he said – I could have a proper business card if I wanted. I waved him away.

By this time, Detective Hazel had Googled your company, and everything seemed to be completely proper and above board, and, sure enough, in the back of the van could be seen a bountiful and veritably plenteous selection of trees, plants and shrubs.

So, Chelsea Gardens, please accept this public apology – from me, and also on behalf of every other farmyard where your welcome might have been less than cordial.

I was thrilled to see, as I set off to the gym, that you had a potential customer looking at your wares outside the Old Rectory (although I thought the van was supposed to have come from that way in the first place).

I do hope you managed to make a sale to justify the long drive down from London.

With the greatest esteem and respect, I am, dear Sir, your most obedient and most humble servant, and mate,