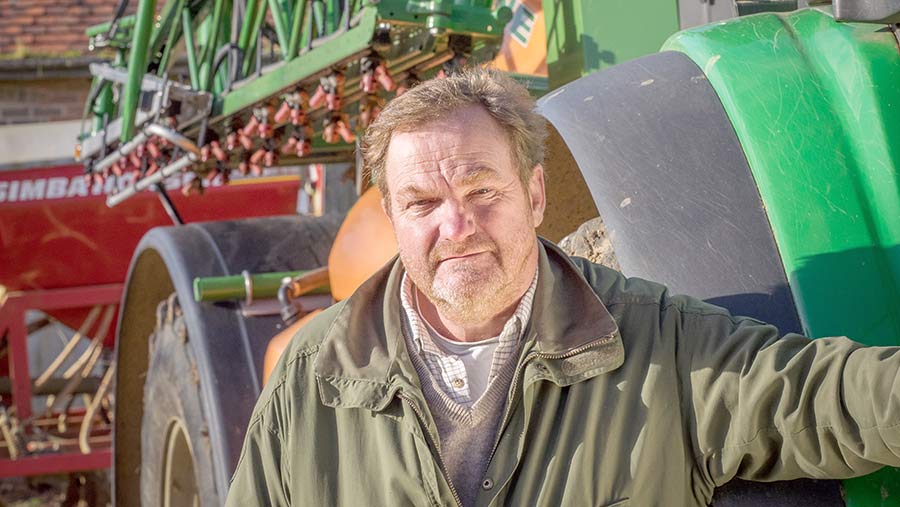 My favourite day – the shortest day – and it’s time for a “State of the Farm” review.

The oilseed rape went in well, perfect date, perfect conditions (hot ’n’ wet), grew for a bit, and then vanished on everything but the heaviest 13-acre field that hasn’t seen OSR for decades.

The remaining acreage was re-sown, had the legal dose of N, and a couple of doses of insecticide and a dose of slug pellets, but still hovers uneasily on the brink of being ripped up and replaced with a spring crop of something. I’m dreading the day the pigeons find it.

The winter barley went in a treat into unworked wheat stubble. Thanks goodness Hazel had sold the mountain of wheat straw, and the dry summer left billiard-table smooth fields, even after all the baling traffic. There’s a bit of volunteer wheat growing through, but it shouldn’t affect feed barley.

The Crusoe wheat followed the dismal drought-affected spring beans up in the woods, on the serious clay, so we were delighted to get that in and rolled before the weather broke, although a drop of rain while we were up there might have been handy: the little Horsch struggled getting the points into the ground in places. Still, the volunteer beans are helping with a bit of N.

The Zulu wheat went in at the end of October into the OSR stubble, and inevitably needed slug pelleting, and seemed to take ages to decide to emerge, but has pushed on a bit now.

The winter beans – as featured here a few weeks ago – are now well through; a bit early, perhaps? We used to hope they’d pop up, when ploughed in, just in time for Christmas.

Still, we’ve got more time to admire the straight lines, but also the gaps, jams and feed rotor failures.

We’re on high rook alert: some years, they fly over from the rookery in Hinton Park and work their way methodically along every row.

Once upon a time, we used to cull them in their nests in May. These days, I’m wary of hanging a dead one over the crop (the perfect deterrent) for fear of the “offendatrons”.

So, all the winter cropping is in nicely, leaving a much smaller area than usual of spring barley and spring beans for next year.

We’ve got a trailer of spring beans (tested, to everyone’s astonishment, at 81% germination, despite the bruchid damage) ready to be polished up and bagged. It’s probably the most valuable thing on the farm at the moment.

So far, so good

On the pasture side, Hazel has been selling lambs at some very handy prices recently, but is still umm-ing and ah-ing about cattle restocking. But the barns are full of hay and straw, ready for the worst the winter can do.

The single farm payment arrived dead on time despite the inspections and mapping chaos (thanks, RPA), and was magnificently boosted once again by the weak pound (thank you, Brexiteers).

All in all, things are nicely set up for the Christmas break. I’m not whooping wildly though – last time things were this well set up was 2011, and we all know what Mother Nature did in 2012. So, I’m quietly chuffed, after a challenging year, to be where we are.

But here’s some late news that will make your Christmas. Somehow (and God knows how – something got very lost in translation), the final bit of my “loose pointer” story was utterly wrong a couple of weeks ago.

It wasn’t knackered. It wasn’t put down. It’s alive and well, and back with its owners. How about that for a seasonal heart-warmer? Happy Christmas.