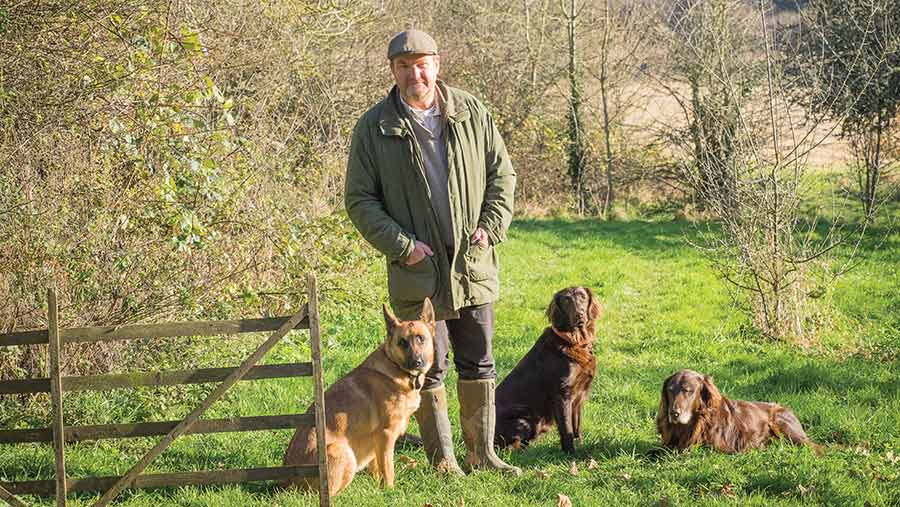 There comes a day in early/mid-January when it’s time to stop eating, put on some tattered wellies (Father Christmas didn’t get the memo), grab a dog, and give the farm a good post-holiday inspection.

Things didn’t get off to a very good start. After standing idle for too many weeks, the Terracan wouldn’t fire up.

That meant we’d have to walk it instead – which cheered up the Malinois no end – and we set off across the yard.

First stop was the Horsch Sprinter, parked up and waiting for a proper frost; one that wasn’t just mucky.

I leaned through the wings and tried to turn the rotor by hand; it was, of course, solid. I knew I should have emptied that half-tonne of Zulu out back in December.

“Lazy people take the most pains” was one of Granny Flindt’s wisest sayings. I’ll delegate the cleanout to the Muscle, now his uni course is being done from home. A good yard sweep and some shovelling is as good as any gym workout.

The land destined for winter beans is still unsown, but at least the Roundup has worked nicely.

That’ll be the first job for me and the old CO3, if and when I can travel, and the quicker the better; the local horse riding mob have decided, in yet another rewriting of the rules of Rights of Way, that “yellow” land is theirs to ride on, even though the going is soft to heavy. And one set of hoofprints always draws more.

I could have sworn that the winter barley had moved on a bit, or was it just a trick of the low January sun?

A hundred acres of Tower didn’t seem a wise sowing choice back in September, but straw buyers have cleared the barns and are carting the sweepings, so maybe it wasn’t such a daft idea after all.

The ground pencilled in for spring barley was still green, and still very soggy. No chance of spraying it off yet. Still, the flocks of little birds were grateful.

There were hoofprints across this bit, too, so it’s not just sprayed-off land that is now considered a bridleway.

The late-November-drilled Crusoe was a pleasant surprise. The tramlines were clearly visible (along with the blocked spout caused by a shut-off module that is reluctant to reopen after tramlining) and the volunteer beans are doing a fine job of supplying a tiny bit of seed-bed N.

I noticed that a couple of scrambling bikes had been having a little explore round the headland, failing to take the hint offered by the telegraph poles across the gateways.

Turning for home, we crossed the ground still waiting for Zulu, and now greening up enough with blackgrass to justify a third (or is it fourth?) dose of glyphosate. And since reading that Zulu is a February-safe driller, I’m a lot more relaxed.

In fact, I was quite cheery as I wheezed my way back up the hill to the farmhouse (the Malinois, of course, was only just warmed up). The evenings are beginning to creep out a bit, and the going in places is moving away from heavy.

We’re way ahead of where we were last January – even if we’re still behind the surreal perfection of January 2019.

I think Santa might be able to send a late parcel of new wellies after all – and maybe a new battery for the Terracan.