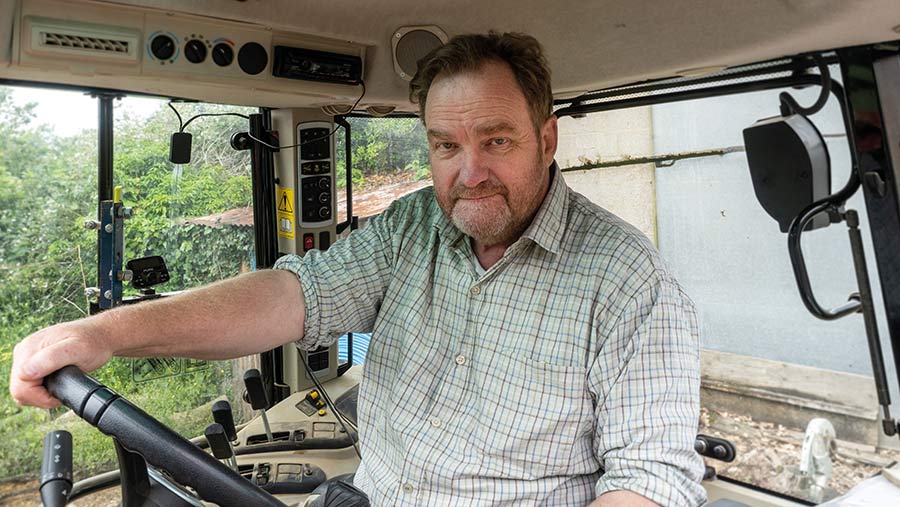 The art of having a good harvest, I’ve decided, is to start badly.

In recent years, that became the single positive point of oilseed rape: huge amounts of effort over 11 months, pigeon chasing, slug killing, agronomy jobs that invariably clashed with cereal jobs, and culminating in the back-breaking battle to fit top-heavy side-knives and special sieves.

And the end result was a small black pile of disappointment. Anything that came after that was bound to be “good”.

So when we decided to drop OSR last year, I was worried.

Which crop would become the standard bearer to signal another outbreak of agrimediocrity?

We were due to start this harvest with 100 acres of Tower winter barley – and the last time we harvested Tower, in 2019, it was a bit of a barn-buster.

You couldn’t move for big, bold grain, and vast swaths of straw. And yes, harvest went downhill from there, with a near-catastrophic fire in the engine bay and beetle-savaged OSR bringing us back down to earth.

I need not have worried. The results are in from this year’s Tower, and they have plumbed new depths of awfulness. We’d hoped for 240t. We loaded 130.

We were indeed due to harvest 100 acres, but the seed we had in the barn was over a year old.

We’d taken delivery of it in Autumn 2019, keen to repeat that harvest’s success. But then the rain started, and it never got in to the ground. It sat in the back of the barn, lonely and unloved, for another 12 months.

So it may have lost a bit of germination when it finally saw the light of day, in October 2020, and we swapped the fields round a bit to push up the seed rate.

But by then, the next set of Autumn rains had arrived, and the heavy land was not going to win any prizes as a barley seed-bed.

By spring, the heavy land hadn’t got any drier, and most of the Tower – probably lacking in vigour – had given up.

That was 20 acres of Godwin’s Park, and about five acres of Chalks gone. And that 10-acre bit of Roe Hill that was due to be limed before the autumn 2019 rain kicked in suddenly showed why the lime was much needed. Down to 65 acres.

By the time I’d flailed them into oblivion, we were down to about 60 acres.

Once harvested, it wouldn’t fit in the lorries. It had a hectolitre weight (55kg) just above that of Sugar Puffs.

It was so poor that it had its own special category at Trinity Grain: “substandard feed barley” – which I suppose is an achievement of some sort, a bit like when the doctor says the good news is that they’re going to name your disease after you.

A couple of days later, I was strolling the stubbles in a bit of a huff, and got to thinking.

Imagine if it had had a proper hectolitre weight. Imagine if the crop had stood up enough not to lose all those heads.

With a bit of exceedingly generous mental arithmetic, we could have been back up to 3t/acre. And imagine if we’d had a wider weather window, and been able to swath and sell the straw.

I quickly dismissed such thoughts. That would have made for a reasonable start to harvest. And we can’t have that.