Donald Curry is a name that’s known across agriculture.

Fellow farmers, companies, organisations, charities and politicians respect him as a man who has been a tireless advocate of the industry.

Whether it’s at home on his Northumberland farm or in the House of Lords, where he’s been a cross-bench life peer since 2011, Lord Curry of Kirkharle has always been a champion of farmers. 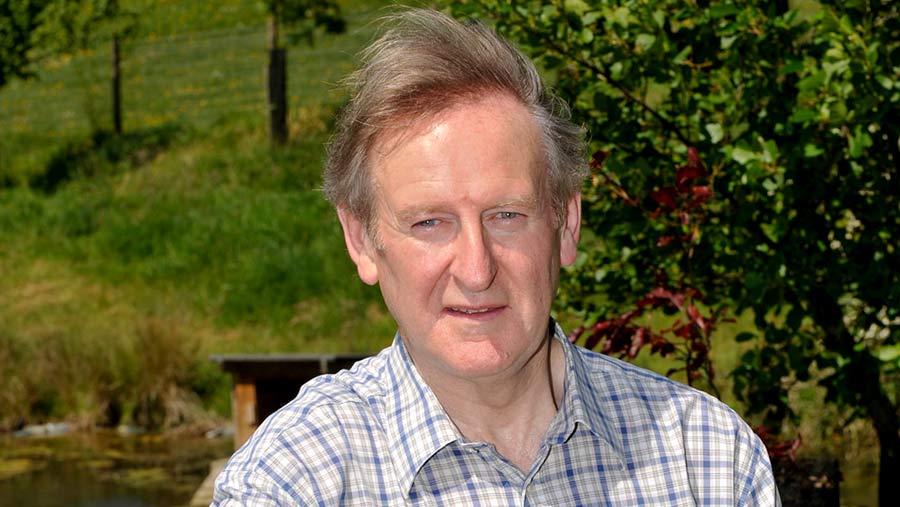 The piece of work for which he’s perhaps best known is chairing the Policy Commission on the Future of Farming and Food.

Established in the wake of the 2001 foot-and-mouth epidemic, its findings – which became known simply as the Curry report – has and will influence agricultural policy for many years to come.

Knighted in 2001, “Sir Don” was chairman of the Meat and Livestock Commission, helping steer the beef sector through the 1996 BSE crisis, and he was also chairman of NFU Mutual. He’s been chairman of the Prince’s Countryside Fund (PCF) charity since 2015.

PCF director Claire Saunders describes him as “quite simply the wisest, brightest, kindest and most creative and energetic person it has ever been my privilege to work with”.

“When Don talks about farming you can see his eyes light up as he remembers the young lad of 16, desperate to get out to work on the family farm in Coquetdale. As a result, he has a unique understanding of the industry and of its young people who are so keen to get their first opportunity.”

Meanwhile, Curry commission member Mark Tinsley says: “He is articulate, but he also listens to people. He knows the industry inside out.

“’Good’ is a word that is rather overused, but it’s absolutely the right word for him. He is a really good man – not just in terms of what he does for the industry, but what he does in his personal life. He cares about people. That’s why people admire him and will work for him.”

This sentiment chimes with the citation made by Professor Patrick Chinnery, when the then Sir Donald was awarded an honourary doctorate at Newcastle University in 2008 in recognition of his “outstanding contribution to British farming and his equally important charitable work in Northumberland”.

It described how his “insight, vision and industry has reshaped British farming” and talked of his “remarkable ability to find solutions to complex problems”.