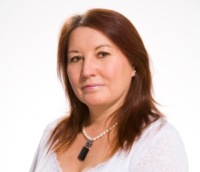 It’s been a long time coming, but at last there are signs that the industry is waking up to the desperate need for new initiatives to help young people into farming.

Many industries would give their right hand for the talent pool that is waiting in the wings within agriculture and at the NFU’s Next Generation workshop in Birmingham last week, the room was jam packed full of ambitious, articulate and enthusiastic youngsters looking for their first lucky break. It’s a travesty that so few opportunities have been open to them in recent years, but that corner is now being turned – just in the nick of time.

The farming ladder is in grave danger of being permanently broken as succession planning remains woefully inadequate, county councils continue to sell off their tenant farms and the availability of capital gets harder to acquire. It’s a harsh thing to say, but far too many older-generation farmers have also struggled to inspire their children.

The frustrations of farming’s youth are visible across the UK, but this week’s raft of smart initiatives – from apprenticeships to the large estate scheme – should be commended as a step in the right direction, even though the numbers involved may be limited.

Apprenticeships often get a bad press within farming and yet they encourage professionalism and offer career paths that are frequently unrivalled. Another £250m worth of investment is being pumped into apprenticeships as they are central to the coalition’s skills strategy and they could offer a lifeline to many in agriculture.

The latest proposal from the Fresh Start Initiative and RASE (see p18) is also a cracking idea if it pricks the conscience of landowners and those influencing large landed estates and encourages them to set up starter and second-stage farms. Any impetus to get landlords to be more accommodating to new entrants and to introduce a little more risk into their letting policies should be backed wholeheartedly – after all, isn’t this exactly what David Cameron’s Big Society or Big Community for the rural economy is all about?

Britain’s resourceful large estates should be showing leadership in the countryside and what better way to do it than to help kick-start a new generation of rural entrepreneurs. A whole world of fresh possibilities beckons, which might include part time farming and/or diversification on short-term tenancies. Perhaps the large estates scheme could echo the success of the 28 Fresh Start Academies, which have benefited more than 400 potential entrants in just six years.

Contracting is another useful way into farming for those able to use their skills to set up a service meeting a local market need. The networking and experience gained from setting out on your own is invaluable.

Young people are pretty energised at the moment and keen to take up the reins. The longer they are held back the more likely they will switch to working in other sectors. The big success stories in farming will be those enlightened families and landlords able to truly embrace this unique resource and passion.