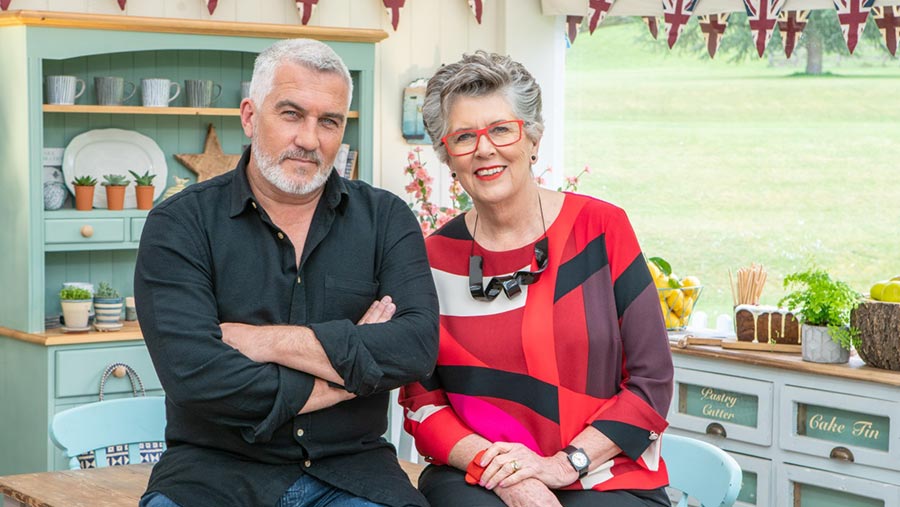 Makers of The Great British Bake Off are encouraging members of farming families who are handy in the kitchen to apply for the show’s next series.

Would-be star bakers have until 5 January to submit their applications if they want to be in with a chance of appearing in the hit programme.

The TV show follows the trials and tribulations of budding bakers from every background and every corner of Britain – and now the producers have contacted Farmers Weekly because they would like to hear from those in the farming community keen to prove their baking prowess.

See also: So you want to… offer fishing on your farm?

“The hunt is on to find Britain’s best amateur bread-kneaders, cake-makers and jelly-setters – and it might just be you,” the show’s makers says. “If you or someone you know is a smart cookie in the kitchen, maybe it’s time to take a whisk and apply.”

Somerset vet Rosie Brandreth-Poynter, who reached the semi-final in 2019, urges anyone in farming to give it a go.

“It was so much fun – a once-in-a-lifetime experience,” she said. “It’s filmed out in the countryside, so you’ll feel very at home. They had to pause the judging at one point because a ram kept interrupting Paul every time he spoke.

“One of the highlights was walking into the tent for the first time – when you see it and it looks exactly as it does on television,” she recalls.

““My favourite bake was my biscuit animal. Everybody was making really majestic creatures and I made a chicken.” 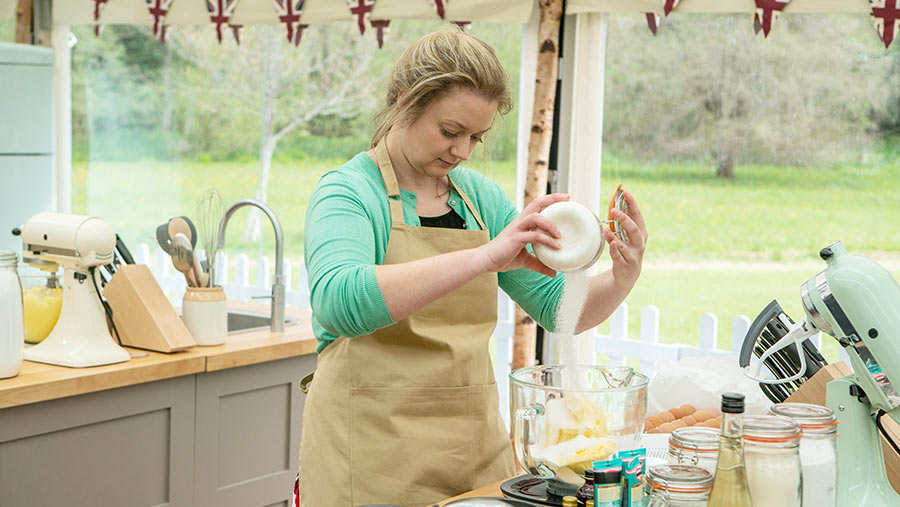 Appearing on the show would be a great chance, Rosie reckons, for someone to fly the flag for agriculture and the countryside.

“Noel had a wonderful time asking me all sorts of weird and wonderful vet-related questions – the less appropriate of which didn’t make the programme. He could really do with a farmer to question next.”

And farmers, she says, would be perfectly placed to deal with the pressure of the tent. “They’ve got an advantage in a way because they’re used to dealing with stress and adverse circumstances. Farmers don’t have a meltdown if something goes wrong – they just swear, then sort it out.”

So how’s life changed for Rosie, who specialises in equine work? “When I go out to yards, everything takes a bit longer now because everyone wants to know all about the show and take a photo of me with their horses!”

If you think you could be crowned “the UK’s best amateur baker” in series 11, submit your application online before 5 January 2020.