We’ve had a bumper crop of entries for this year’s harvest photo competition – almost 1,000 reader snaps were uploaded to our gallery.

We were impressed by the creativity of the shots entered this year and the huge variety in subject, from the traditional combining scene to stunning wildlife, dramatic weather and cute kids and pets.

Congratulations to this year’s winner Charlie Chambers, whose arresting aerial view of harvest in Northamptonshire won us over. 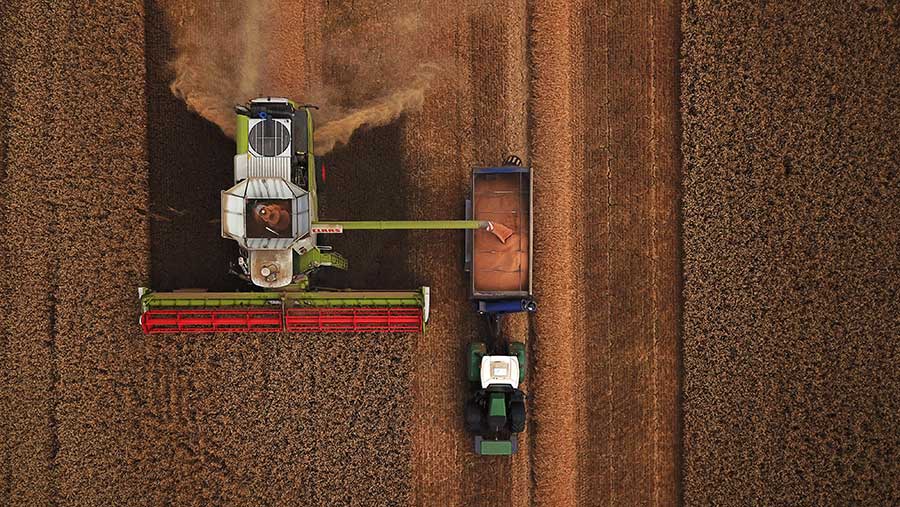 This has been Charlie’s first year working a harvest and he has been carting with Brixworth Farming Company this season.

“This image was taken one evening over one of our two combines as it was unloading into our other chaser,” he says.

“I always carried the drone with me in the tractor and tried to time my flights when the bins were empty to give me the best chance of having good light, getting the drone up, getting the shot and most importantly not holding up the combines.”

Picking a winner to feature on the front cover of the 7 September magazine was no easy task, so here are some of the runners-up, along with the photos that make harvest such a special time of year.

You can check out all of the amazing entries by heading to our 2018 harvest photo competition gallery. 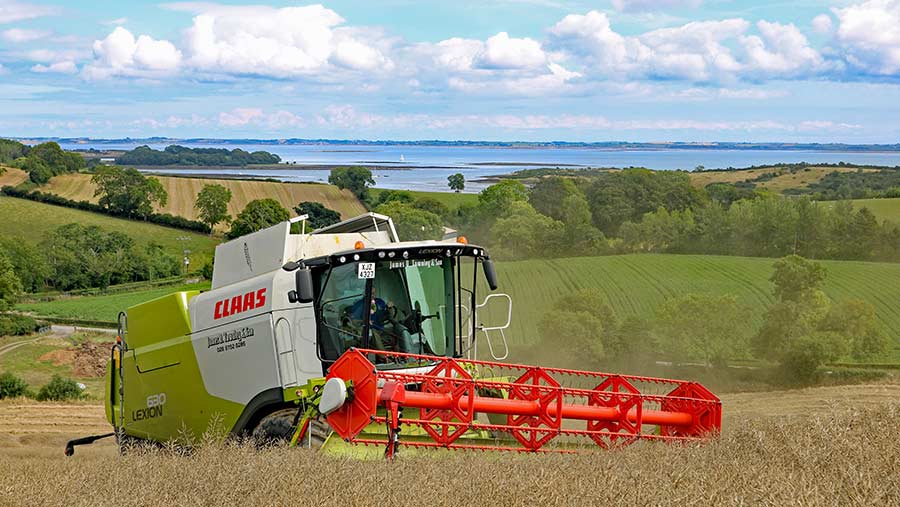 A scenic backdrop really makes this picture of cutting oilseed rape in County Down, Northern Ireland. It was submitted by Peter Niblock and came a very close second in this year’s competition.

Alexander Winslade seized the moment of harvesting oats while chilling in the back of his Unimog. 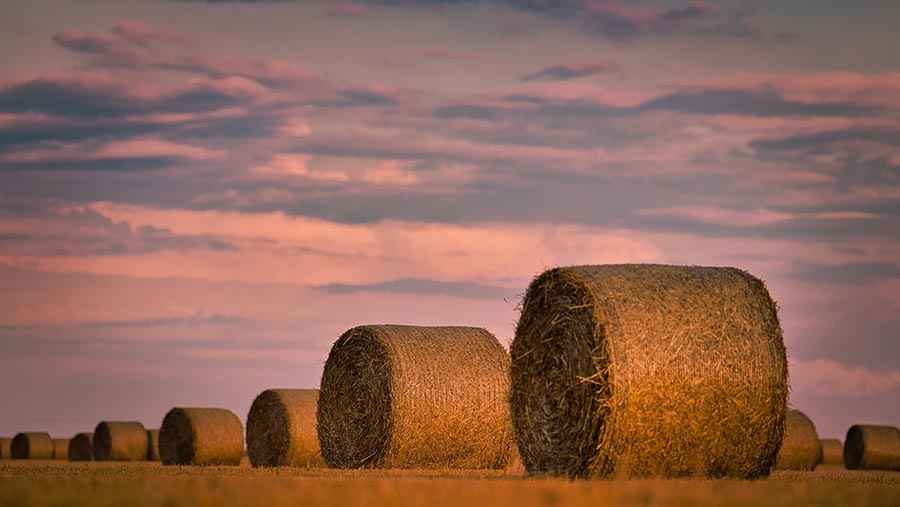 A dramatic sky underlined with round bales at Sunk Island, East Yorkshire, captured by Carl Grundy. 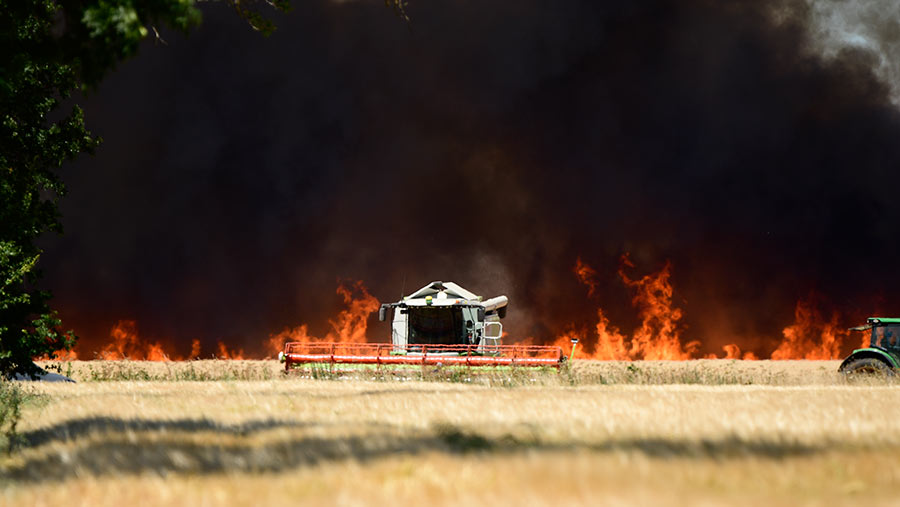 Contributing this haunting image of harvest versus fire this summer is Richard James. 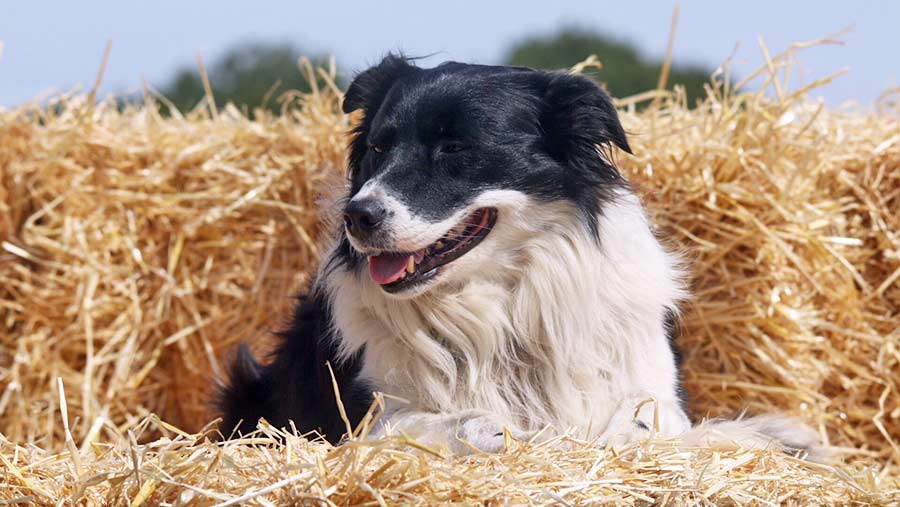 A Claas Lexion 770 Terra Trac in action before those skies open up in Shrewsbury, Shropshire. Taken by James Pugh.

A powerful reminder of how dry this harvest has been. Andrew Greenwood used his eye-in-the-sky to look down on a John Deere and Bailey trailer full of wheat in arid conditions in Lincolnshire. 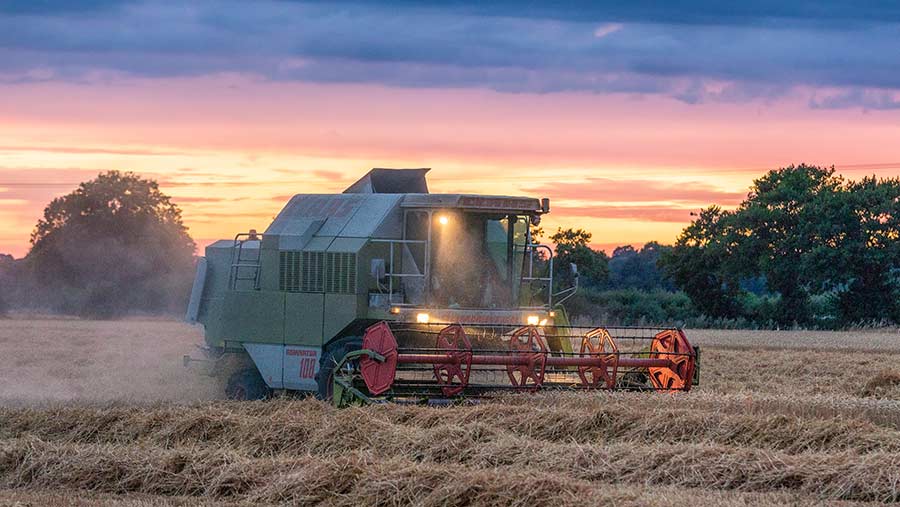 A Claas Dominator presses on under an epic summer sunset in East Hardwick, West Yorkshire by Jon Barker. 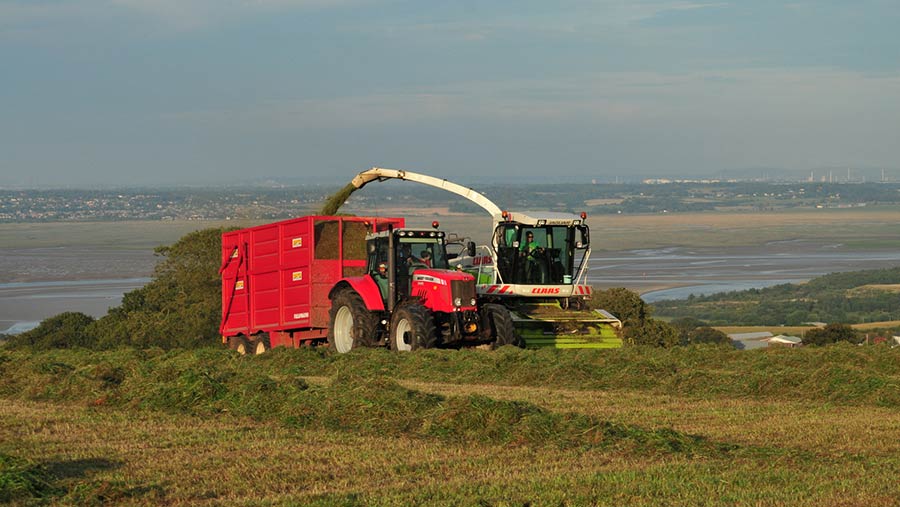 Kevin Thomas captures this moment of a summer day in North Wales with contractors fetching in grass. 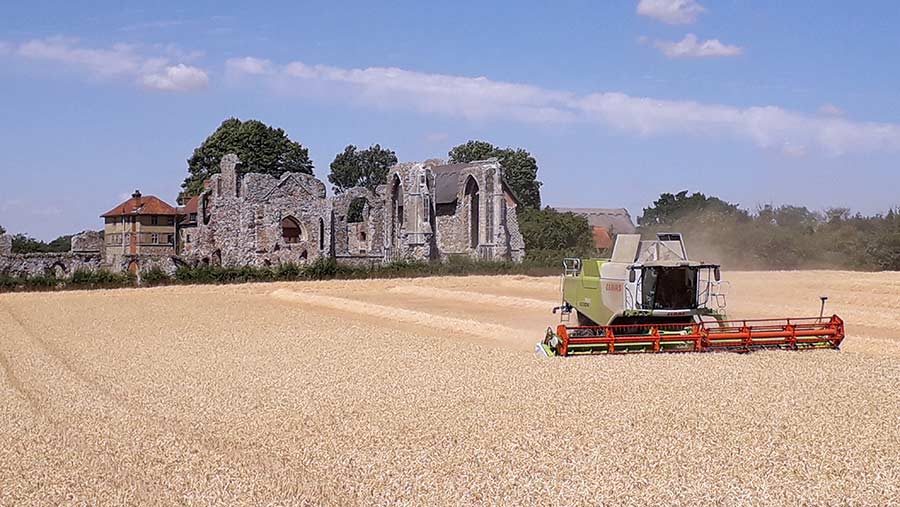 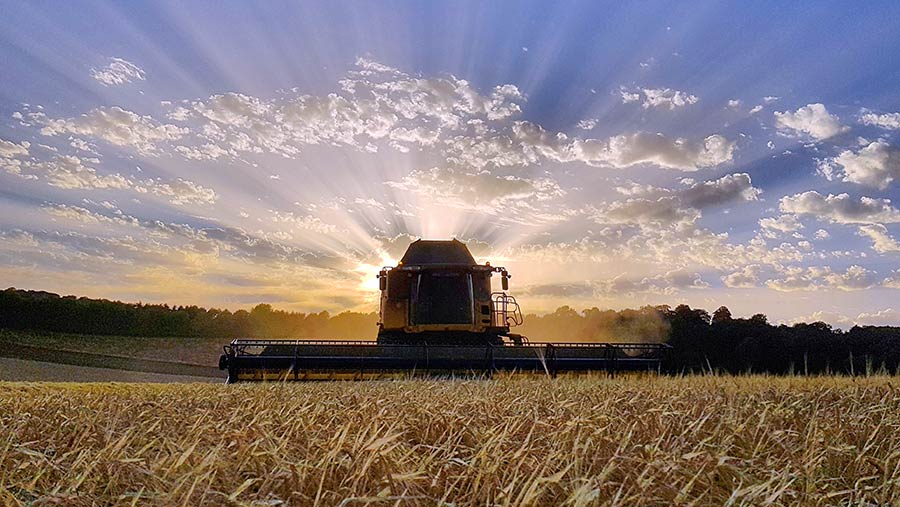 Combining with a golden heavenly glow grabbed by Micheal Szollosi. 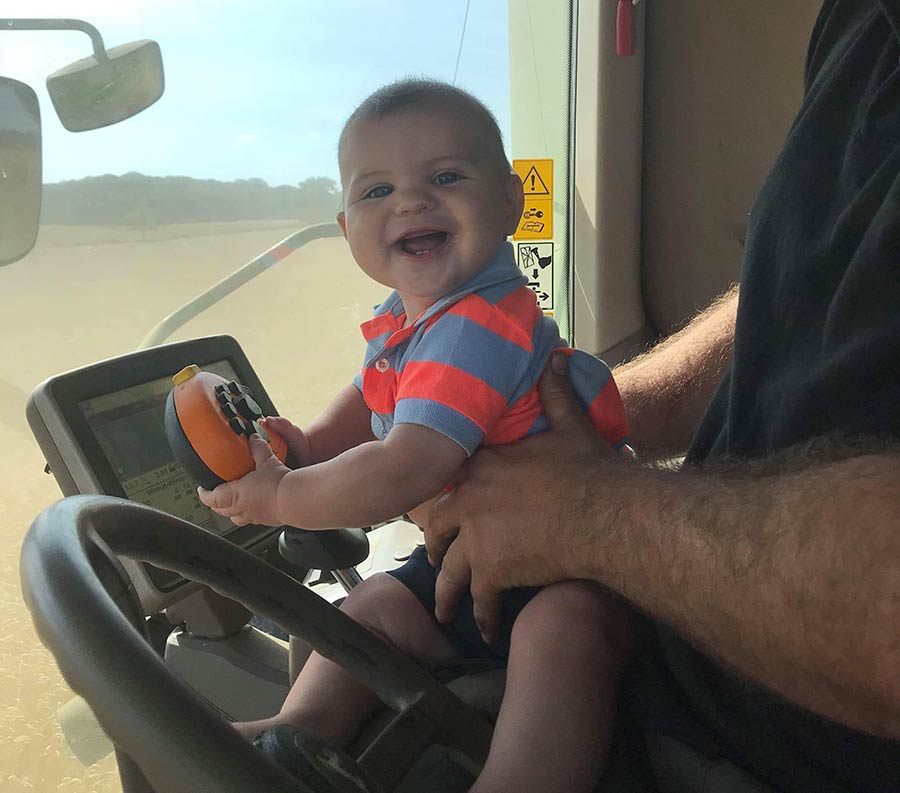 Natalie Northway shares this photo of little farmer Hugo King at the helm of the combine (with some help from dad Sam), taken at their farm in Newbury. 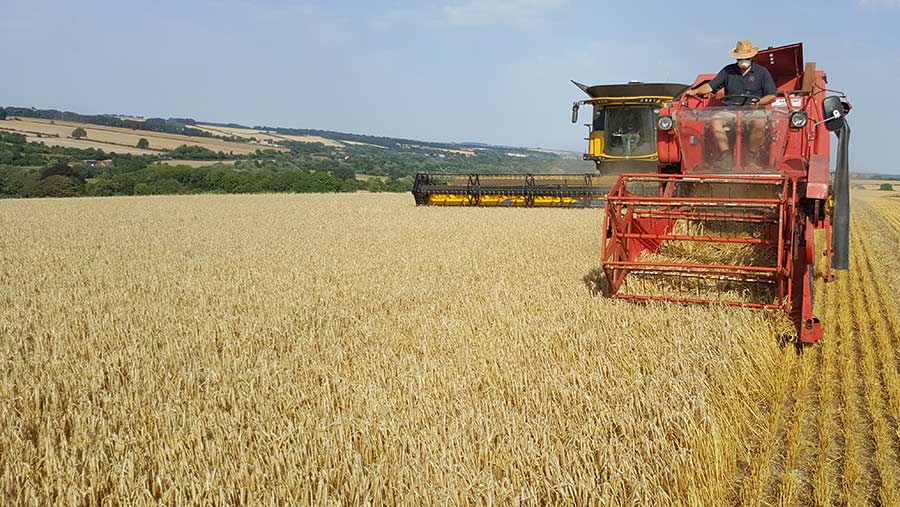 Little and large – a snapshot sent in by Nick Combes. It features a Massey MF8 4m combine in front of a New Holland CR 10.90 with a 41ft header.