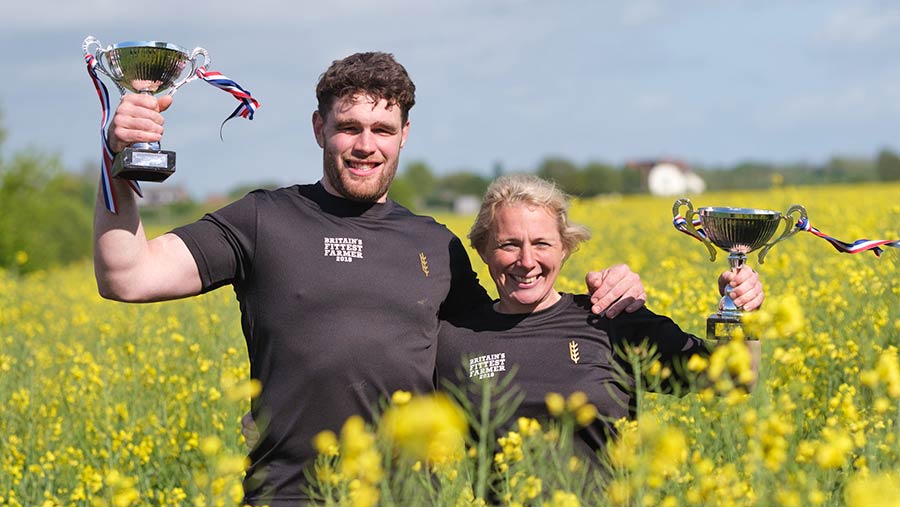 A sheep and beef farmer from the Orkney Islands and a West Country beef producer have been crowned Britain’s Fittest Farmers 2019.

Sean Cursiter from Orkney and Fiona Penfold from Somerset were victorious at the inaugural live final of Farmers Weekly‘s competition, which aims to promote mental and physical health in agriculture in a fun and engaging way.

Our winners were two of 14 finalists picked from hundreds of applicants, who competed at an event co-hosted by Farm Fitness founder Tom Kemp at his family farm in Essex.

Having completed an interview with the judges, which focused on mental health, and five tough physical challenges aimed at putting their general fitness to the ultimate test, Sean and Fiona emerged triumphant.

They each take home a £500 cash prize. Watch the video of the final below. 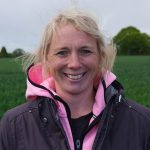 For beef farmer Fiona, physical and mental health go hand-in-hand. The 38-year-old took over the 65ha farm on the fringe of Bristol after her dad retired, and runs a 50-head Hereford cross Friesian beef suckler herd.

A big fan of obstacle course running and rugby, the mum-of-two believes in keeping active to maintain a healthy mindset.

“If you’re sat in tractor all day, it’s not better than being sat at a desk in an office. To have a healthier mind, you need to do some exercise,” she says.

She entered the competition because she’s convinced of this link between physical activity and mental wellbeing, adding that she wants farmers stop feeling ashamed to admit they’re struggling. 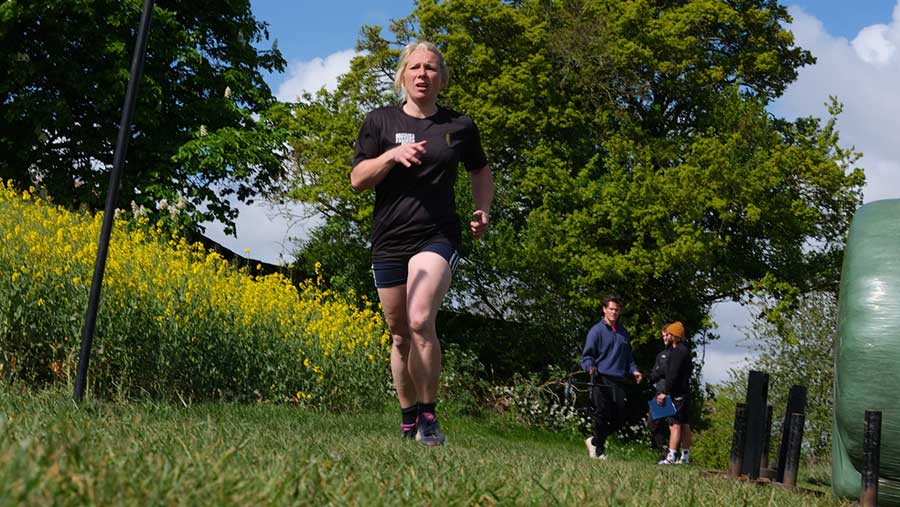 “I think farmers’ mental health has been getting worse because the physical element of their work has decreased gradually,” she says.

She suffered with her mental health issues about 18 years ago, struggling with an eating disorder and depression and found exercising was key to keeping her spirits up.

“It’s not just about talking about your problems – and that is very hard. You don’t want to talk about the fact that you’re finding things hard. Most people have gone through the same thing at some point – it’s normal.” 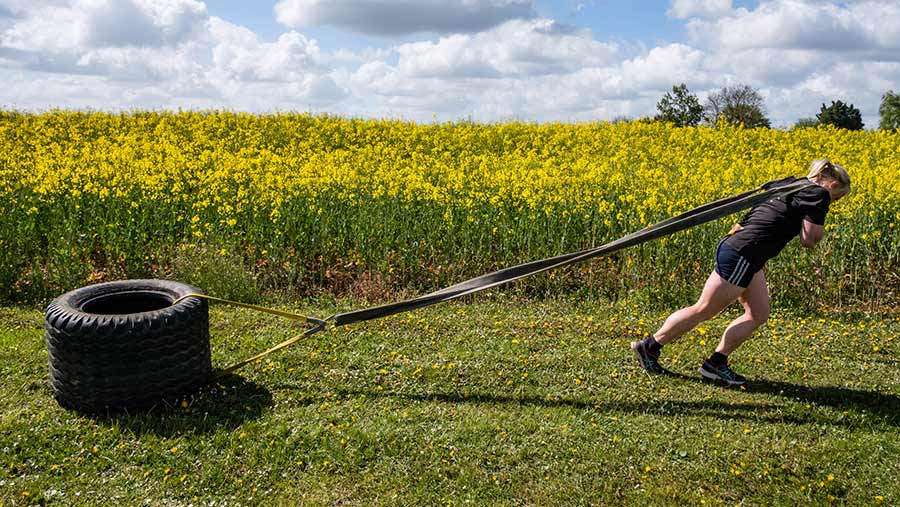 Fiona competed in her first obstacle course run 15 years ago before having children, picking the sport up again in recent years as a way of getting off the farm to socialise and maintaining her all-round fitness.

She loves travelling the country to take part in obstacle course races and qualified for the world championships last year.

“I do feel guilty about taking time away from the farm sometimes, but if I don’t allow myself time to do something else then I can feel pretty down.

“There’s always time for a 20-minute run no matter who you are or what you’re doing.” 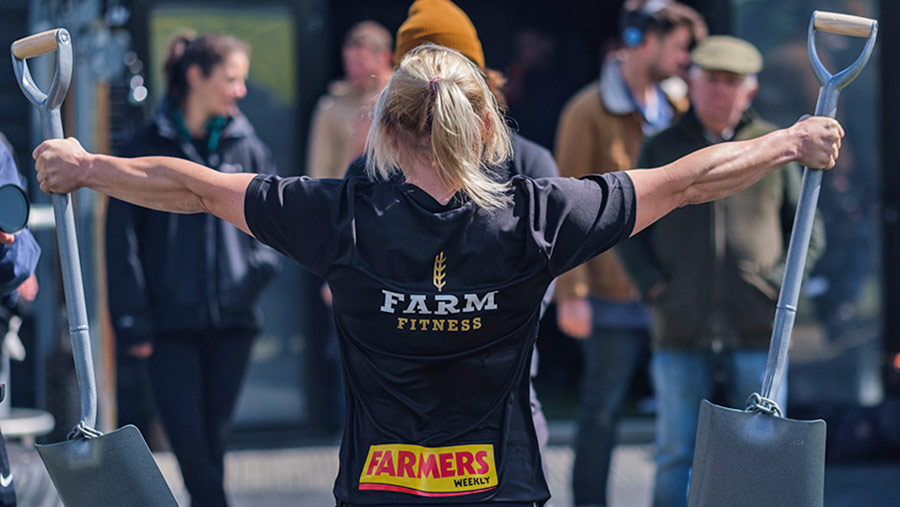 Fiona trains using typical farm objects and weights as her equipment, and the hills around the farm are ideal for her sprint training.

“I’m over the moon to have won this competition. I was really looking forward to meeting fellow farmers and we’ve all had a competing with a great atmosphere. Farming makes me fit – I just top it up with other exercise.”

Sean Cursiter: There are 24 hours in the day – give one to yourself 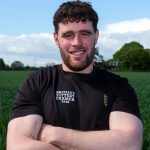 The 30-year-old works on the 750ha family farm, which runs 850 breeding ewes and a suckler heard of 100 cattle, and also does contract shearing work.

Sitting off the coast of north-east Scotland, farming on the Orkney Islands can be particularly tough.

Cattle are typically kept indoors to shield them from the harsh elements for about 200 days of the year, which puts increased workload and financial stress on farmers like Sean, with extra costs of feed and bedding for livestock.

With a short number of daylight hours in winter and a sparse population on the island, rural isolation can be a real issue, too. 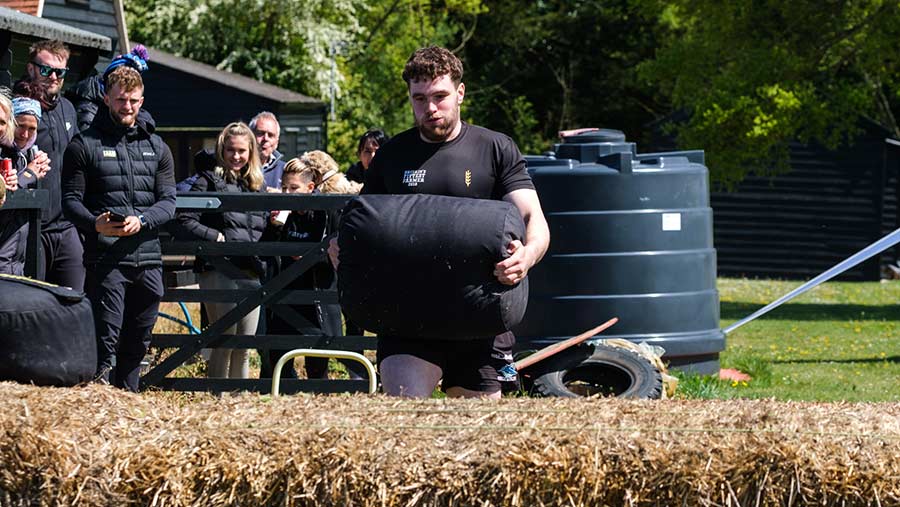 “Farmers are constantly being required to produce cheap food while input costs rise. On Orkney, there’s a lot of farmers on their own with 80 cows living a lonely existence – they might not see another person for weeks,” he explains.

That’s why he makes a conscious effort to socialise with others. Playing rugby for Orkney’s first team is a big part of this and he says more farmers should make time for themselves.

“If folks close themselves in and just farm then that’s not a good state of mind to be in. It’s hard to come away from the farm and be social, but it does have its benefits and sometimes the lack of time is over-used as an excuse.

“There are 24 hours in the day, so you need to give one to yourself. It’s good to have a hobby and I don’t find that my sport has a negative effect on the farm.” 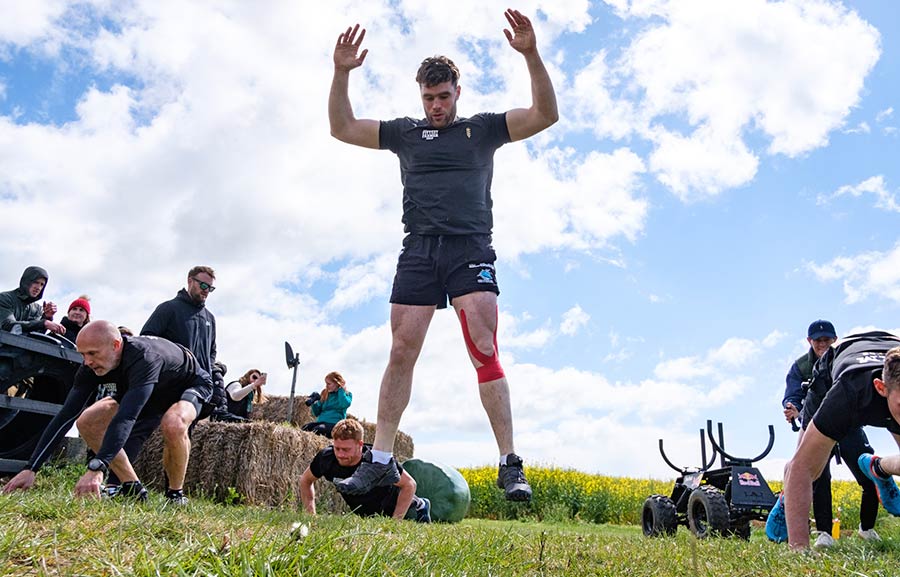 He admits that he sometimes worries about problems the farm faces, such as the difficulties Brexit may bring. He finds training in his homemade gym on the farm helps relieve this stress by giving his mind a distraction.

“I’ve just come out of lambing, working 16-hour days. You’re knackered, but if you can find time to do some exercise then it actually re-energises you and takes your mind off of things on the farm.”

He also finds his training helps his body soak up the physical punishment of the especially long, hard days on the farm.

Britain’s Fittest Farmer was launched by Farmers Weekly as a fun way of sparking a vital discussion about the physical and mental health of the nation’s farmers.

As farming becomes less active and more mechanised and office-based, it’s more important than ever before to make sure Britain’s farmers are getting the exercise they need to stay fit and healthy.

Farming can also be an isolated job, which is why it is also vital for farmers to focus on their own mental health and wellbeing so that they can keep their business in tip-top condition too.

For advice, visit our health and wellbeing page. Britain’s Fittest Farmer will return in 2020.