There are few counties more rural than Cumbria, but its rolling hills and green fields are no refuge from addiction and its often terrible consequences.

In common with any other rural community in the UK, it can take just a couple of phone calls for someone living in the depths of the Cumbrian countryside to get hold of drugs as organised illegal drug-dealing networks, known as county lines gangs, often have bases in these regions.

See also: Find our articles about health and wellbeing

They are selling to customers in more rural areas via dedicated phone lines – and it is not just so-called “soft” drugs like cannabis, but heroin and crack cocaine too, which are likely to cause dependency.

The triggers for substance misuse among the farming community are often not that obvious.

Farming comes with many stressors, from isolation to unpredictable weather and falling incomes.

Yet for farmers and their workers, it is often peer pressure or mental health problems that are common triggers for drug-taking and heavy drinking, according to David Higham of The Well Communities. 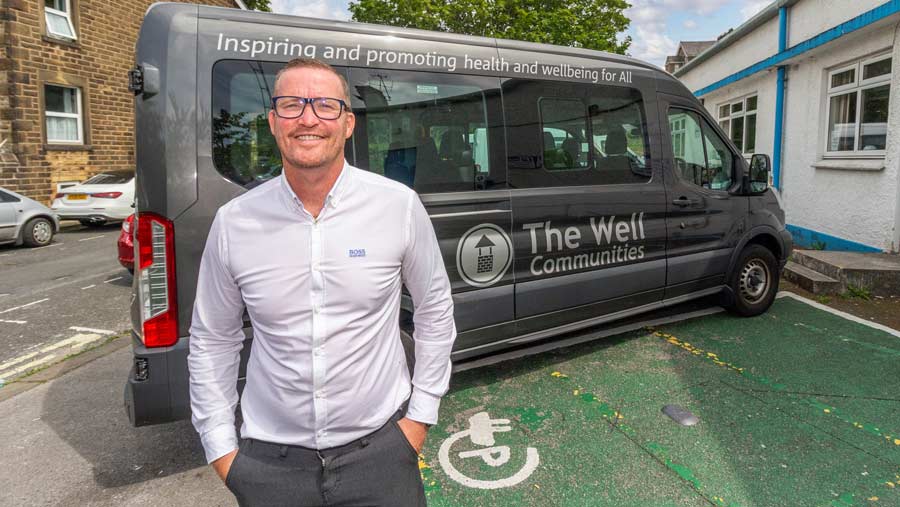 He has been working with Cumbria YFC to deliver alcohol and drug awareness sessions through a £10,000 support programme, to help young farmers understand the issues that can lead to addiction.

Farmers work long hours and this can lead to stress, exhaustion, and feelings of being overwhelmed.

Anecdotal reports suggest that some resort to cocaine, speed and ecstasy to help keep themselves awake at pinch points in the year, like harvesting and lambing.

Add accessibility to drugs to the mix, and farmers are no more immune to substance misuse than any other group of people, Mr Higham said.

“If someone wants drugs they will get drugs, it is often just a matter of making a couple of phone calls.

“Drugs are available in pretty much every small town and village. They all have their own dealers, the network is there. All communities are affected by drug addiction, and agriculture is no exception.”

Addiction is a chronic, relapsing disorder characterised by compulsive substance seeking and use, despite harmful consequences

It can be hard to combat in rural areas, where resources for prevention, treatment and recovery are limited.

The stigma associated with addiction makes it hard for farmers to discuss the problem. Too often, individuals don’t seek the support they need and it becomes a hidden problem.

Users are often seen as “junkies”, yet this ignores the fact that many people with addictions successfully hold down a job on the farm next door.

“Drug-taking or drinking usually starts off as fun, then it becomes fun with problems and then it is just problems,” Mr Higham points out.

Drug and alcohol addiction is often a hidden problem in the countryside.

The sense that something is shameful, is often magnified in a rural community where relationships can be close-knit and there is less privacy and a relative lack of anonymity.

It is not just recreational drugs that can lead to dependence – painkiller addiction is a hidden consequence of farm accidents.

“Many farmers are suffering from post-traumatic stress disorder due to what they lived through and have an addiction to pain medication because of the constant pain they are in,” says Mrs Rohan.

The impact of peer pressure on young people

YFC members were in tears when Kris Kenny opened up about his battle with addiction at a training session in Cumbria.

Mr Kenny’s story challenges the stereotyping that addiction results from a chaotic upbringing or childhood trauma.

“That isn’t my story,” he said. “I grew up in a happy home and none of my three brothers are addicts.”

It was peer pressure that triggered his spiral into addiction – a deep need to fit in.

“I didn’t particular like the feeling that alcohol gave me, but all my mates were doing it.”

At 17 he started to smoke cannabis. He was living in the Cumbrian market town of Milnthorpe and, despite its rural location, he never struggled to buy drugs, including cocaine.

Although he wasn’t from a farming background, some of his friends were and some were addicted to drugs and alcohol too.

“They would go out and let their hair down at YFC events, drinking heavily, and soon they weren’t drinking for fun, it was something they needed to do.’’

Mr Kenny sought help from The Well Communities after he was convicted of drink driving for the second time and was having suicidal thoughts.

It was a long journey, but he recovered and now works for The Well Communities.

Productivity can slowly decrease over time, while minor accidents are not always recorded as being alcohol- or drug-related, therefore any link can be difficult to prove.

But in a safety-critical industry such as agriculture, a drug- and alcohol-free workforce is vital, said Suzannah Robin, an alcohol and drug safety expert at AlcoDigital, which runs online training to promote staff safety in risky industries, including agriculture.

The Covid pandemic had led to increased addiction issues and associated mental ill health, and this problem needs careful consideration by all employers within the farming sector, she adds.

Latest figures show that while agriculture employs just 1% of Britain’s workforce, the industry accounts for nearly a quarter of all workplace fatalities, around 20 times higher than the average five-year annual rate across all industries.

“There’s no doubt that drinking alcohol impairs judgement, damages physical co-ordination and makes dangerous accidents far more likely. Yet the Health and Safety Executive does not release data on how many accidents at work involve alcohol,” says Ms Robin.

In recent years, there have been court cases involving farmers driving tractors on public roads while over the legal limit for alcohol.

“Whether driving on private land or public highways, it is absolutely imperative that farmers and their employees are free from the influence of drugs or alcohol while at the wheel of heavy vehicles and machinery,” says Ms Robin.

Farmers are not required by law to screen employees for drugs or alcohol, but they are legally required to ensure the safety of workers under their care.

Although not widely used, there is technology that can support this, including alcohol interlocks on agricultural equipment or machinery to prevent them from starting until a negative breath test has been registered.

What to look for, how to get help

Red flags that indicate someone may need help

Where to turn to for help