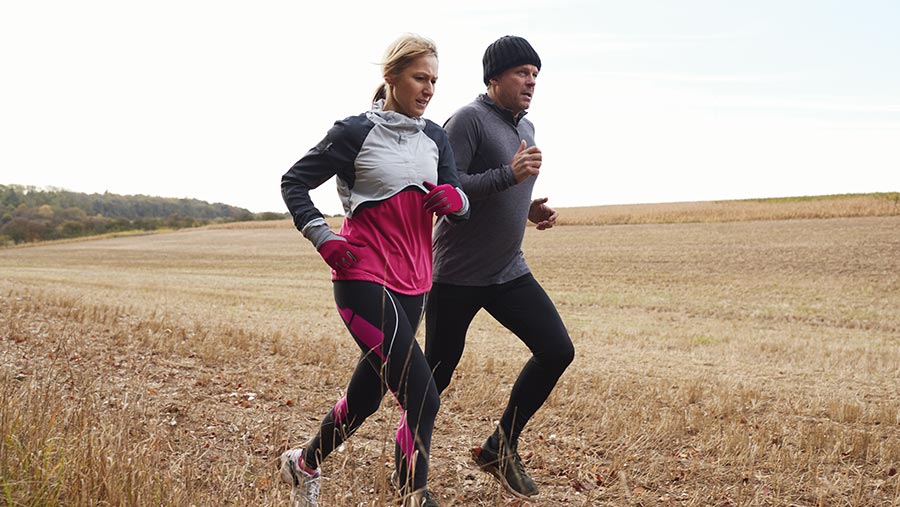 Farmers are flocking to join a global sponsored run that is raising thousands of pounds for UK charities working to improve rural mental health.

The Run 1000 initiative enables people to raise money for five farm charities while competing for their home country to be the first to reach 1,000 miles.

See also: Fit2Farm: How exercise improves wellbeing on the farm

It has already smashed its fundraising and mileage targets – raising more than £26,000 with more people signing up every day.

Scottish chilli farmer Sheena Horner, who came up with the idea, said: “It’s not about the speed or the distance, it’s about the taking part – no matter how little the distance is.”

The competition, which is being supported by Farmers Weekly, takes place throughout January.

Ms Horner is calling on people from across the farming community to join one of five teams – England, Ireland, Scotland, Wales and the Rest of the World.

Participants are asked to donate £20, which goes to a farm charity in their home nation, by signing up via the Run 1000 website.

Each of the five teams is being led by a team captain – with a private social media group recording their collective distance run.

The winner will be the team which clocks up the most miles by the end of January.

England captain Charles Anyan, a Lincolnshire farmer who took up running last year, said it was a great way to beat the January lockdown blues.

“It has been great to do something really positive,” he said.

“Covid-19 has totally destroyed many fund-raising opportunities for charities, but running is something you can do from your back door.”

The initial 1,000-mile target hugely underestimated the determination of participants: Team England, which has so far raised more than £10,000 from over 430 supporters, reached its 1,000-mile target late on New Year’s Day.

Mr Anyan said he hoped to run 150 miles during the month – including the equivalent of a marathon in a single day on 23 January.

“It will mark the end of a crazy nine months where I have gone from close to 17 stone to weighing 13 stone – from being a devout anti-runner to a marathon runner.”

Other teams are being captained by Peter Hynes (Ireland), Sheena Horner (Scotland), Emma Picton-Jones (Wales) and Jason Medows (Rest of the World).