Most farmers would barely have time to catch their breath during lambing season, but one Lincolnshire farmer is managing to train for a triathlon as well.

Watch the video diary of a day in the life of Adam Madge below, with Farmers Weekly‘s Oli Hill.

It’s an early start on a bright and breezy Saturday morning. Farmer Adam Madge is making the short drive to his local swimming pool on the outskirts of Grantham for a tough training session.

He’s not been getting as much swimming in as he’d like ahead of a packed summer schedule of triathlons – small wonder with about 400 ewes lambing and spring arable jobs that can’t wait.

After a gruelling hour spent racking up watery lengths with his triathlon club, it’s back to the farmhouse kitchen for breakfast and a cup of tea.

“This morning was hard. With lambing in full swing now the swimming’s been a little down on what I’d normally do,” says the 35-year-old.

“Normally I’d be swimming at least four times a week, but think I’ve only been swimming twice or maybe three times a week during lambing. So it’ll be nice to get back in the pool and get some proper swimming done again.”

He works with his dad on the family’s 182ha tenanted farm in the village of Stroxton, just outside Grantham.

Adam has been a triathlete for about four years and typically competes in Half Ironman races, which involve a 1.2-mile swim, transitioning into a 56-mile bike ride and finishing with a 13.1-mile run – otherwise known as a half marathon.

Other the years, his sport has taken him to Spain, Denmark, Lanzarote and most recently Dubai – where he competed in blistering 36C heat.

During the four hours and 46 minutes he was racing, he burned about 3,350 calories – that’s the equivalent of 50 digestive biscuits. 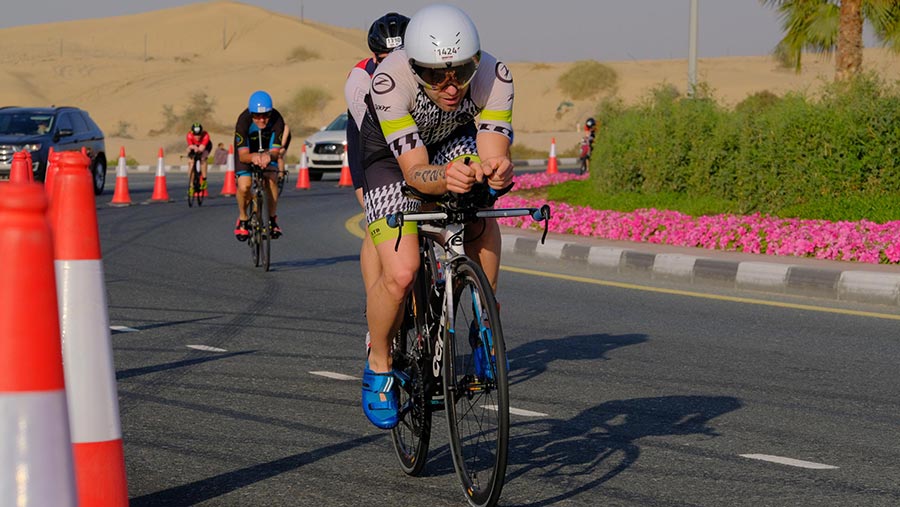 “That was the hottest climate I’ve ever competed in, so my body was overheating come the end as I was running the 13 miles,” he says.

After enjoying a personal best and a short recovery, Adam found himself thrust into a busy lambing season at the end of February.

Fortunately, the weather has been much kinder than last year when the dreaded Beast from the East hit the farm with snow and icy winds.

“We’re in the final stages now so hopefully soon we should be able to get some decent nights sleep again,” he chuckles.

Adam has set his sights on competing in a triathlon alongside some of the world’s fittest sportsmen and women. 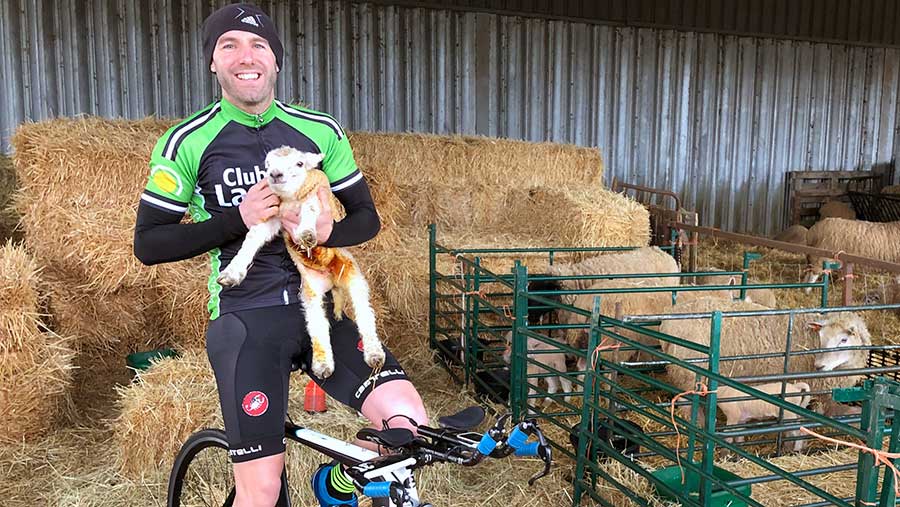 His focus and dedication is impressive, especially at such a demanding time of year on the farm. “It’s all about time management. Obviously with the sheep you’ve got to be with them otherwise you lose lambs, so I fit training in when I can,” he explains.

“If I see a window of time where I can get a run or a bike session in then I do it, and of course it makes it easier that my dad is around so we can split the work between us.” 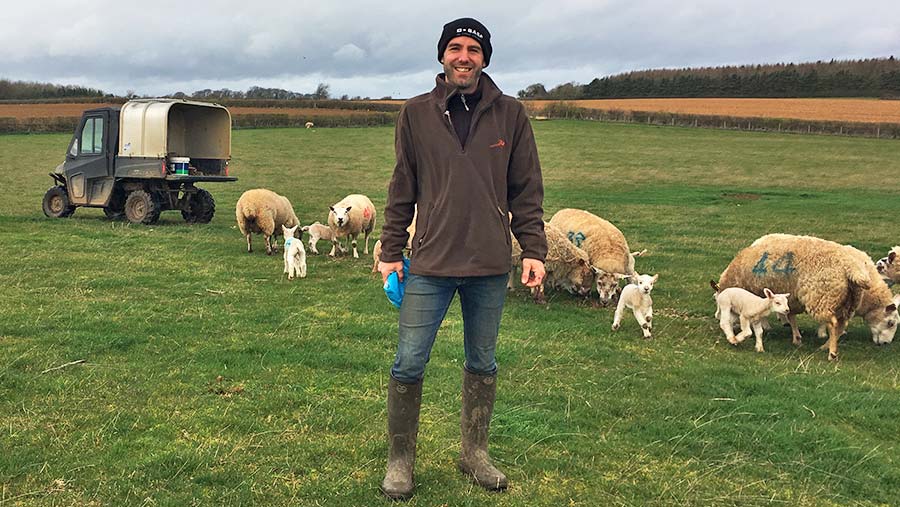 Having checked the lambing shed, penned in the new arrivals, we head out to the fields to do the morning feeding rounds.

As we deliver feed to impatient ewes with lambs at their sides, Adam says farming can actually help him with his training.

See also: The hunt is on to find Britain’s Fittest Farmer 2019

“The farm offers me a lot of different kinds of gym fitness, such as lugging bales around when we’re lambing, and generally I can get the weight training that I need through the farm – it’s a free gym.

“There are some things I still go to the gym for, but not on a weekly basis.”

Back in the lambing shed, Adam dons his lycra to cram a bike session in between jobs. “I’ve still got to get my training in at the end of the day but I can’t always leave the farm. I don’t know whether I am normal doing this sport. 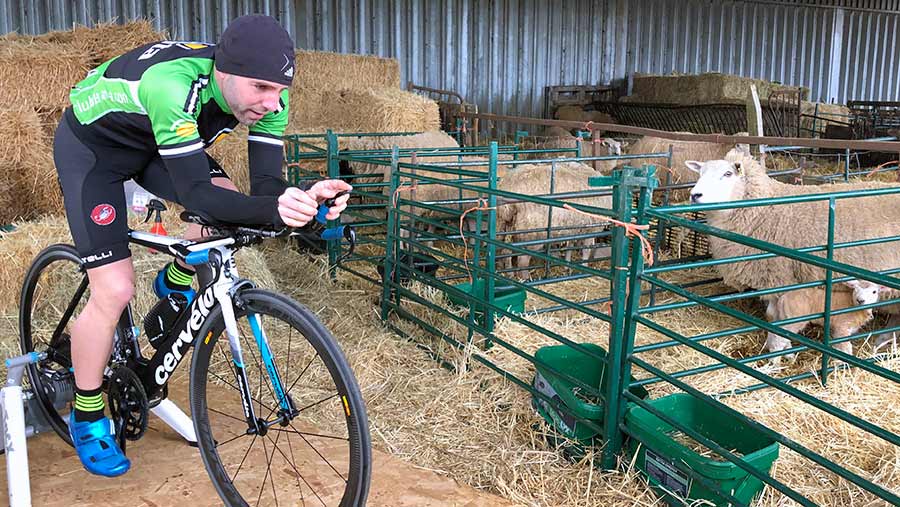 After a quick pit stop for lunch we jog out to the arable fields to check on the wheat and oilseed rape crops, which are flapping in the gusts that roll through the Vale of Belvoir.

The tramlines on these hills make an ideal running track for Adam to sprint along, improving his cardio-fitness.

“I couldn’t ask for anything better, I’ve got the hills and the arable fields to run around and check the crops as I go,” he says.

With a busy schedule of races this summer, his ultimate goal is to compete in a full-length Ironman triathlon, which is double the Half Ironman distances, and then qualify for the world championships.

You can follow Adam on Instagram (@tri_70.3_madge) to keep up with his progress both on and off the farm.

Entering and travelling to competitions all over the world isn’t cheap, so Adam is looking for sponsorship to help him with the costs that come attached to the sport.

You can get in touch by emailing him at adam.madge@live.co.uk.