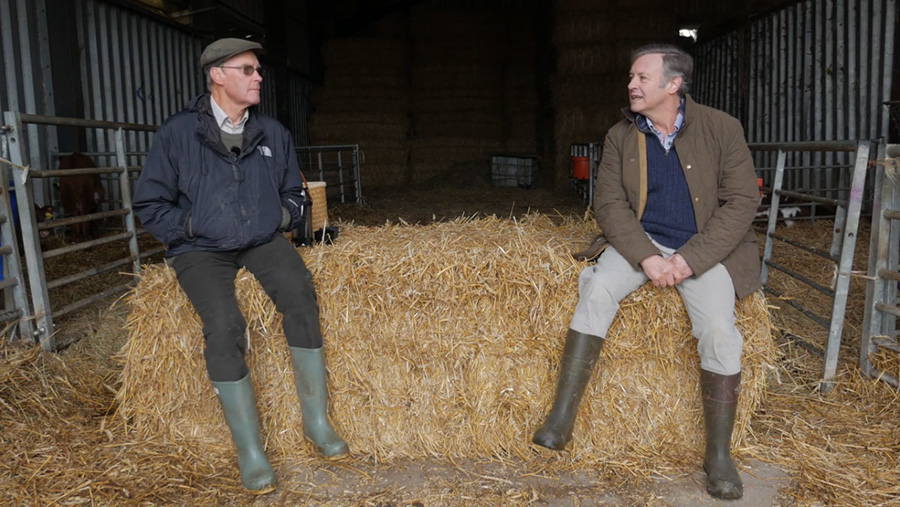 Two farmers have opened up about their battles to overcome mental health issues for a new short film released to highlight Farming Help Awareness Week.

Poor mental health remains one of the biggest challenges affecting those working in UK agriculture, and statistics show more than one farmworker takes their own life every three weeks across the country.

The 14-minute film, called “Farming and Better Mental Health” and directed by Berno Vierbergen, features two farmers openly discussing their struggles – and how they overcame them.

Former dairy and sheep farmer and Farming Community Network (FCN) volunteer Nick Viney talks candidly to farmer Trevor Cligg from Pipplepen Farm in Dorset about their experiences of mental ill-health and the support they received.

Mr Cligg explains how his mental health deteriorated after years of pressure working on the farm, which left him struggling for motivation.

But despite his problems, he kept them to himself, until his family insisted he should seek support from a doctor.

“Mental ill-health can affect all of us – you have to accept you have a problem; only then can you get help to deal with it,” said Mr Cligg.

“I wish more people would talk about how they’re feeling – a lot of people are struggling and stay out of sight or withdraw, and some hide in plain sight. Talking about what we’re going through with the people around us and available to listen is one of the most important things we can do.”

Mr Viney said he hoped the film would encourage anyone in the farming community experiencing mental ill-health or dealing with other pressures on the farm to seek help early and talk to others about their feelings.

Help is available from support networks such as FCN and other farming charities, he added. “It can make a real difference and can help you get through difficult times.”

Farming Help Awareness Week (22-26 February) follows Mind Your Head, a campaign organised by Yellow Wellies to raise awareness of mental health in the industry and support farmers’ health and wellbeing.

During the week, the Farming Help charities will also be sharing posts across their social media channels highlighting the work they do and the support available to the farming community.

If you are struggling or would like to speak to someone confidentially, call Farming Help on 03000 111 999.