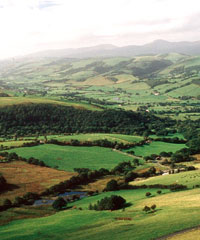 More than 295,000ha of England’s uplands has been signed up for environmental management under the Uplands Entry Level Stewardship scheme.

Over 2000 farmers have joined the scheme since the application period opened on 1 July, taking it more than half way towards Natural England’s goal of covering 505,000ha of land covered with management agreements by next year.

Agreements last for five years and will earn farmers on average £35,000 over the course of the agreements returning payments of up to £62/ha, Natural England said.

“The initial level of applications for Uplands ELS is highly encouraging and we look forward to continuing to work closely with hill farmers to make sure they receive all the support we can offer,” said Robin Tucker, Natural England executive director for national delivery.

Since the scheme was launched in February, more than 3500 farmers have requested information and about 2500 have visited stands at farms across the country.

For more information on the Uplands ELS, farmers and advisers will be on hand at the NSA Sheep Event 2010 at Three Counties Showground in Malvern, Worcestershire, on 3 August.