Farmers waking up on the morning of 16 October 1987 and opening their Farmers Weekly’s, might have been disappointed – if not slightly confused.

Instead of reporting on the hurricane that had wreaked havoc on large swathes of the south-east of England the night before, the main feature in that particular issue was all about the impending Farm Woodlands Grant Scheme.

The timing could not have been worse, as Farmers Weekly went to press on the Wednesday night (14 October), just 24 hours before the worst storm in almost 300 years.

As the final page proofs were passed, there would have been scant warning of the hurricane brewing out in the Atlantic. Not even weatherman Michael Fish was able to predict that one.

So, instead of reading about the colossal damage the hurricane inflicted, in terms of tree loss, flooding and widespread power failures, our readers would have enjoyed a more “upbeat” piece about government plans to take 36,000ha of farmland into tree production, with grants of £125/ha up for grabs. 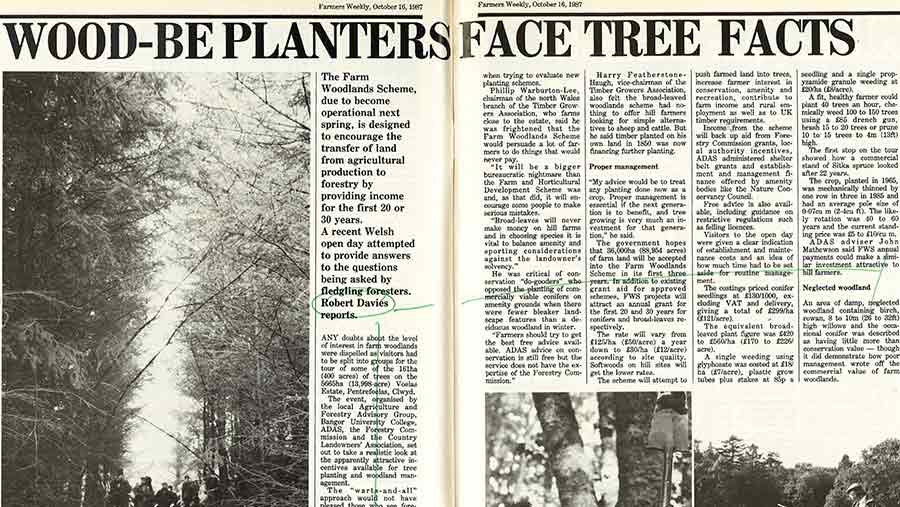 Farmers Weekly’s full coverage of the tragedy in those pre-internet days – and yes, it was a tragedy with 18 people losing their lives – appeared in the following week’s issue (23 October 1987).

A double page spread under the headline ‘Wake of the storm’ described how “barns lie flattened, livestock dead and grain stores peeled open”.

Glass houses and poultry sheds had been destroyed and crop losses were put in the millions of pounds. 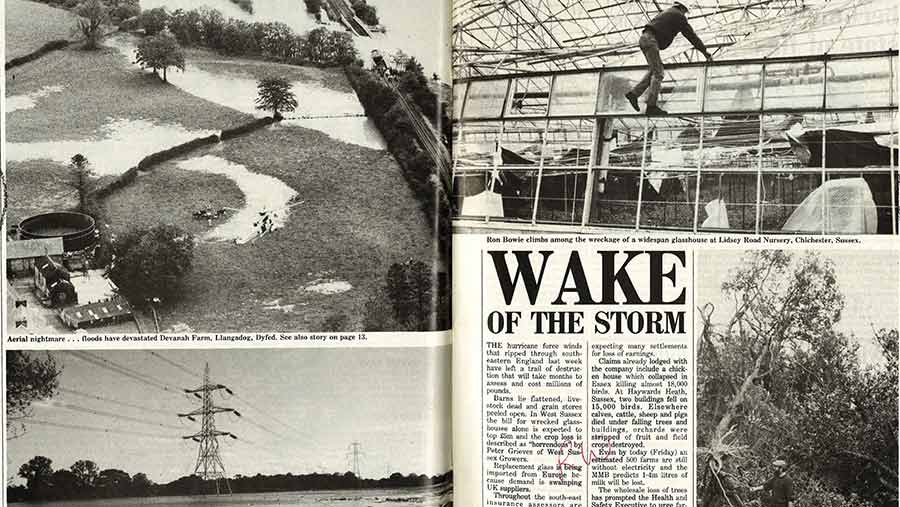 Even a week later, 500 farms were without electricity and the Milk Marketing Board was predicting 1.4m litres of milk would be lost.

To keep spirits up, a Tebbitt cartoon in Farmers Weekly depicted a field of devastation, with the caption “It’s Farmers Weekly for you – have you been affected by the storm?” 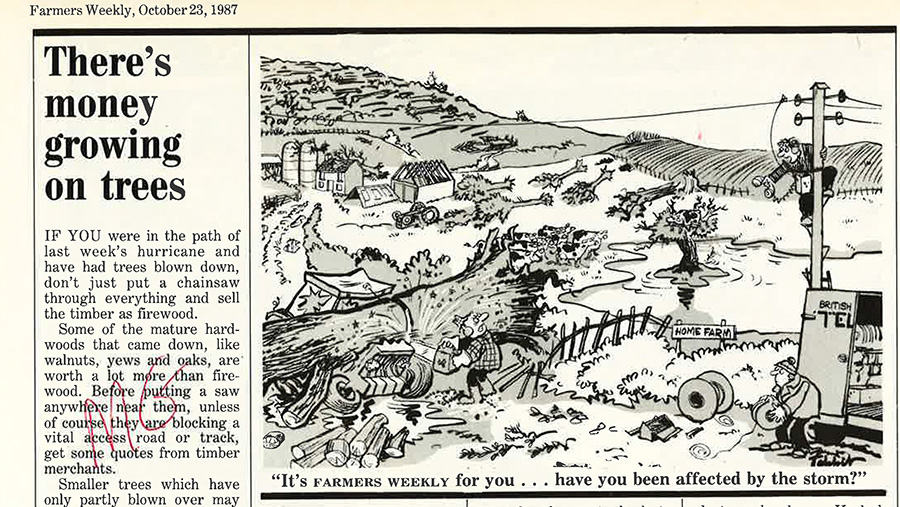 Farmers Weekly also encouraged farmers to speak to timber merchants before cutting up fallen trees, “unless of course, they are blocking a vital access road or track”, pointing out some hardwoods could be worth a lot of money.

With younger trees, we advised it might be worth “winching them back into a vertical position” giving them a good chance of re-establishment in the spring.

The following week’s issue (30 October) had the first estimates of the total cost of the storm – well over £1bn.

Farmers Weekly also carried a picture of Torven Gotka’s barn at Ham Street, Kent – asking if anyone had seen the roof – missing for more than two weeks. 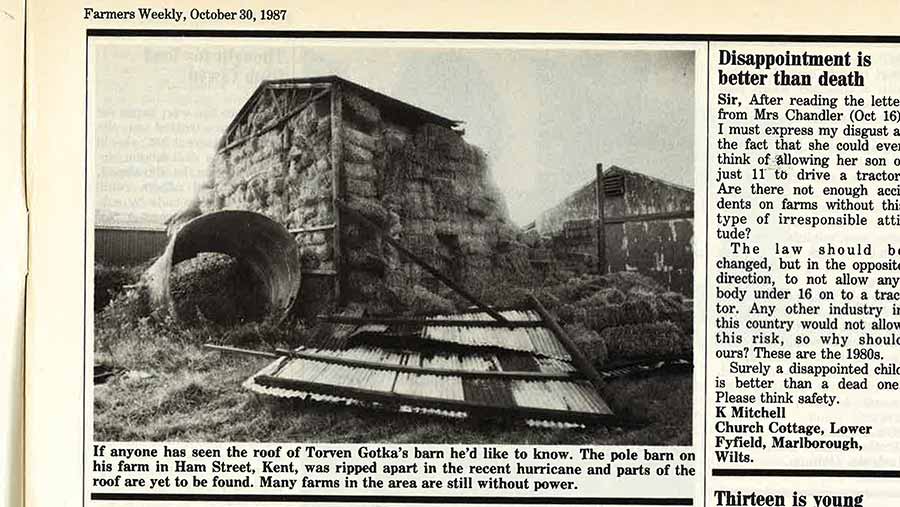