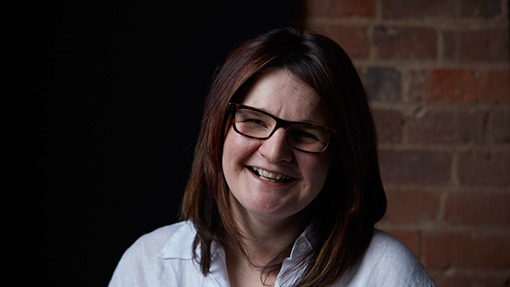 It was only recently that my mother admitted that she never read to me as a child.

This was no big surprise since I grew up in the 1970s amid hectic farm life in Derbyshire. I would be more likely to be getting mucked up in the milking parlour or helping herd cattle on to trucks destined for market than angelically listening to genteel tales of bunnies and badgers.

Yet despite this lack of what is now deemed to be an essential part of a child’s literary education, last year I wrote a bestseller. I credit a good part of this achievement to my farming roots.

The example set by my parents and the environment I grew up in, I believe, have been far more instrumental in the achievement of my writing success than any other form of education I could have had.

I started writing my when my “townie” husband was offered a three-year contract in America. It wasn’t an easy decision for me to move, especially as I had just had a baby and would be leaving behind a cracking job working in the theme park industry.

Even here, however, my upbringing prevailed. We had to go because it was the right thing to do for the whole family.

I was trying to follow my mother’s example when she married my father and committed to supporting him on the farm while bringing up the kids. A decision I very much appreciate.

And so we moved to Connecticut, USA. Not wanting to be idle, I joined an evening class in creative writing and started pursuing a long-held dream of writing a book while caring for our newborn.

I was drawn towards writing comedy, which I’m convinced comes from being around very sharp and witty farmers who take huge joy in taking the mickey out of each other.

In my early years I remember them gathering in the farmhouse kitchen firing insults so fast and so hilarious that the only way I could grab any attention was to come up with my own witty retorts.

It was virtually stand-up comedy every day in front of that Aga, which I know really helped develop my sense of humour.

I also think that farming makes you see life through a very unique lens. It’s a way of life inhabited by a cast of amazingly diverse characters, all facing huge challenges while knotted together in a community bound by family ties and a deep sense of heritage.

It’s a distinctive and very special world much like the ones I try to create in my novels. I really think that being part of such a rich culture gives you a head start in creating interesting fictional characters and environments because you’ve experienced something similar in real life.

It took about a year to finish my romantic comedy, No-one Ever Has Sex on a Tuesday, and encouraged by my tutor I wrote to literary agents at fancy addresses in London. To my utter amazement, one wrote back and agreed to represent me.

Bizarrely I would first hold my book in my hands in Italy, unable to read a word of it. When no UK publisher stepped forward I decided the only way to see my book published in English was to do it myself.

Perhaps here is where the key character traits common in successful farmers were required. To self-publish you must consider yourself self-employed and required to earn money.

No-one Ever Has Sex on a Tuesday by Tracy Bloom (real name Tracy Blythe) was published by Arrow in April, priced £6.99 in paperback. Her next novel, I Will Marry George Clooney (By Christmas), will be published this autumn.

You assess your market, choose your suppliers, select distribution outlets, manage cashflow, price your product and work out how to sell it. All skills that are an everyday part of farming life.

Add to this a healthy dose of common sense and willingness to work really hard – something drilled into me from a young age – and you are halfway there.

I did my research, I made a plan, I put great effort into getting the book cover and description right as well as contacting reviewers and promoting myself in the local press and radio.

As with any good harvest, the hard work I put in at the front end paid off and my novel stood at the top of the Amazon Kindle chart for three weeks and was named by Amazon as one of its top 10 books for 2013 along with the likes of David Walliams, JK Rowling (writing as Robert Galbraith), Alex Ferguson and Booker prize winner Eleanor Catton.

One year on and Penguin Random House has signed me up in a four-book deal and have just released the paperback of No-one Ever Has Sex on a Tuesday into shops.

I’m so very proud to be a farmer’s daughter and I know for certain I would not be the person I am or write the way I do without my farming background. It was a fine education and one I wouldn’t have swapped for anything.