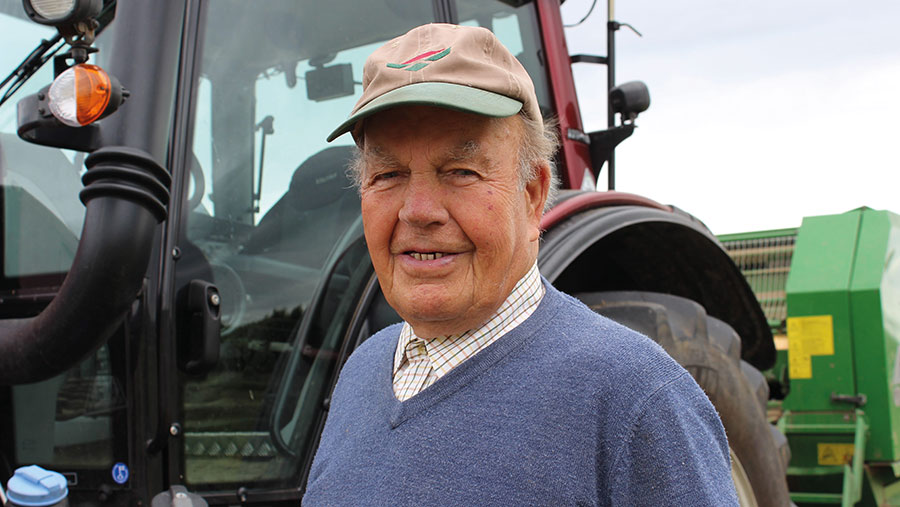 A 90-year-old contractor still working in North Wales says his love for farming and watching the next generation come through is what motivates him every day.

Meirion Hughes arrived in Abergele in 1960 with his wife, Lloydie, to a 10ha smallholding with a few sheep and 10 dairy cows.

He has been working ever since, adapting as the industry moved forward and technology use increased.

“The biggest change has to be the size of machinery, work rate, fuel consumption and the technology. Years ago there were the four seasons, nowadays there is no break,” he told Farmers Weekly.

“Making hay was difficult due to the weather, in this area the biggest breakthrough was the round baler and a few years later bale wrapping.

After more than 60 years of contracting, Mr Hughes has some sage advice for the younger generation.

“It will take you five years to get a good name, but you can lose it in five minutes.” 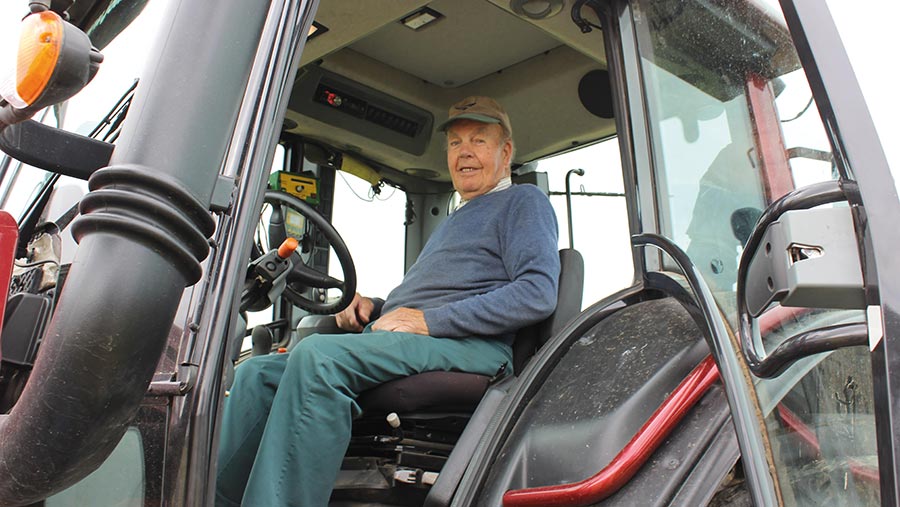 Mr Hughes said enjoying life is his biggest achievement. “I was lucky enough to visit the Claas factory during the 1970s, New Holland factories in France and Belgium, and the Massey Ferguson factory in France when they introduced the 3000-series in 1986.

“I’ve seen tractor developments from the old Fordson, grey Fergie, all the Massey Fergusons, through to the latest tractor with all the mod cons and air conditioning – a far cry from siting on a steel pan and an old sack to comfort your bum.”

The contractor said his favourite tractor is the Massey Ferguson 185, which he bought new in 1972 for £1,956, but regrettably had to sell. 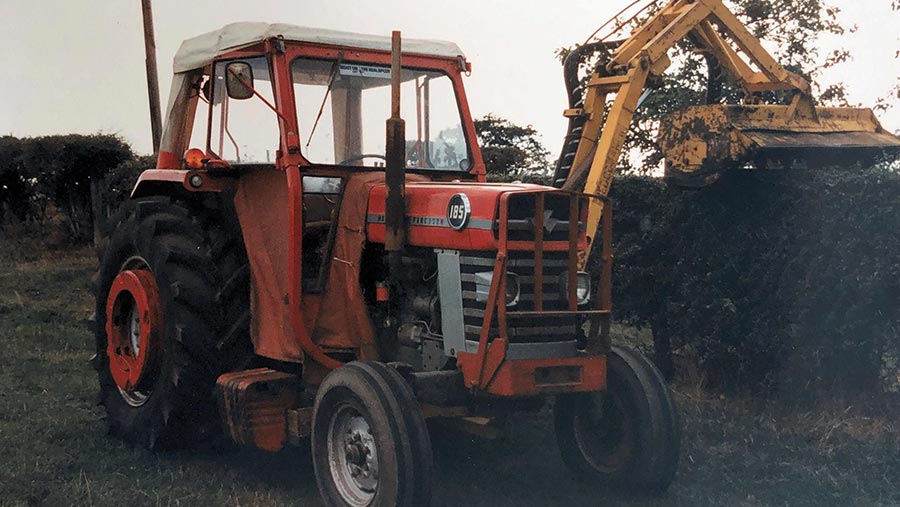 Mr Hughes has two children – Gwyn, who keeps 180 ewes and farms 24ha near Abergele, and Mari, who works as a pharmacist in Cork.

“My wife, Lloydie, sadly passed away three years ago. She was a proper farmer’s wife, an excellent stockperson, cook and could turn her hand to anything, from tractor driving and milking to decorating cakes.” 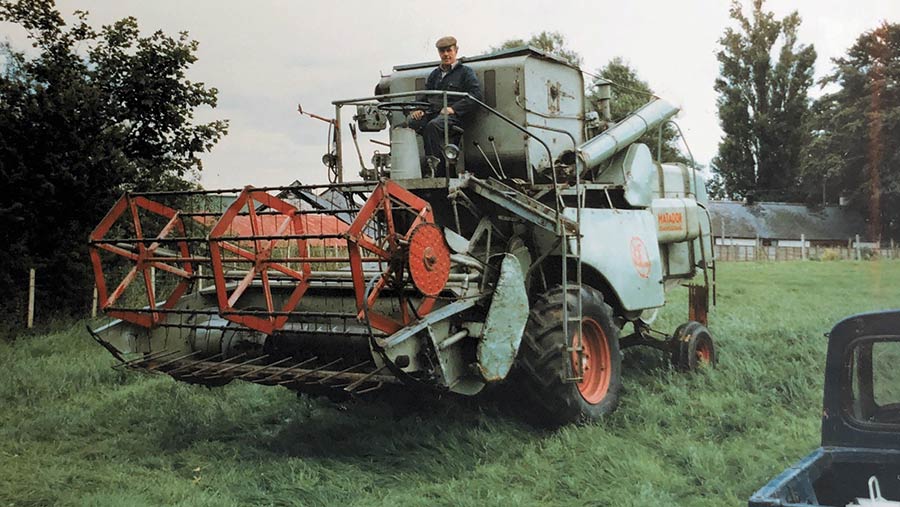 Harvest 2020 is in full swing and Mr Hughes said he remembered starting out 60 years ago. 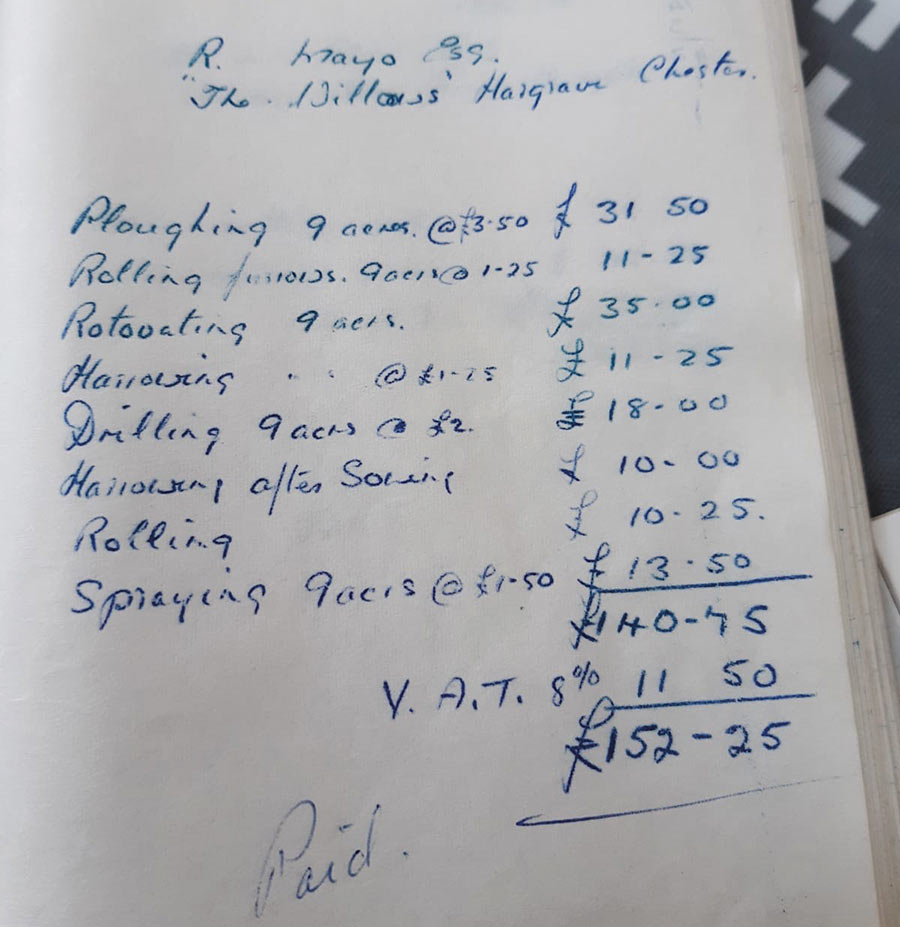 “Over the years, a Claas Senator 60 and a Dominator 86 followed, but cereals in the area declined, so the service was dropped.”

The lockdown due to the coronavirus has been challenging for Mr Hughes, who enjoys seeing friends and walking to the nearby petrol station every day to fetch his paper.

“But I enjoy what I do, I work hard, keep active and have no regrets,” he says. 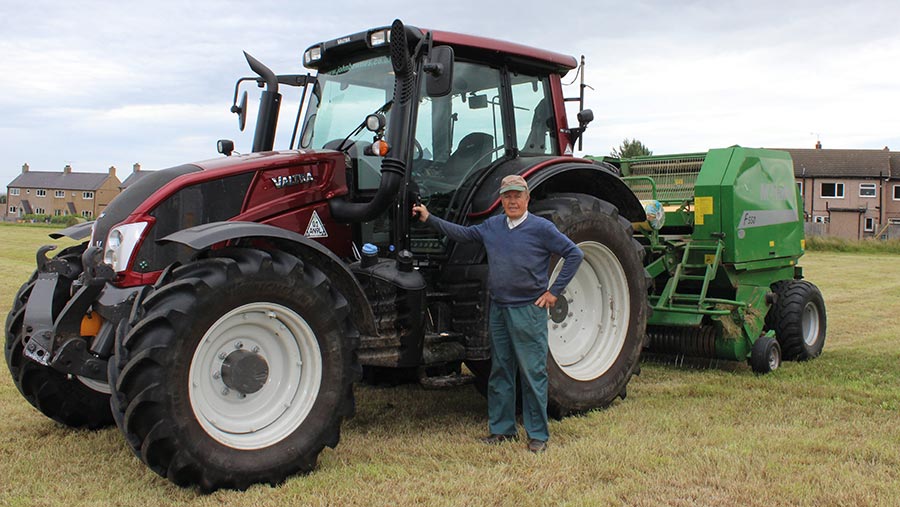