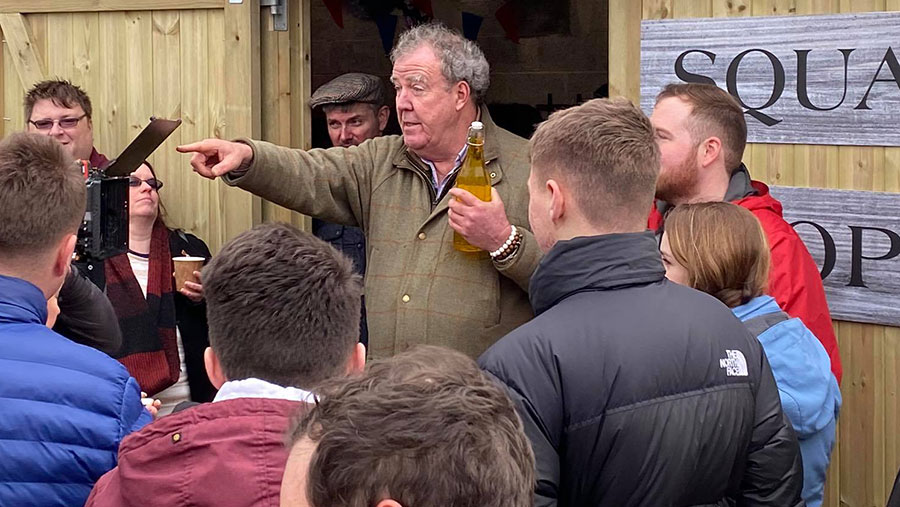 Mr Clarkson welcomed the public to his 404ha farm in Chipping Norton, Oxfordshire, on Saturday 22 February for the grand opening of the Squat Shop, named after his farm, Diddly Squat.

Ahead of the opening, Mr Clarkson, 59, boasted on his Instagram page his shop “will put the supermarkets out of business. Bye, bye Aldi!”

Writing on his Twitter page, he said the farm shop would be unheated and meat-free and only sell produce grown on his farm.

More than 100 customers turned up for the opening and The Grand Tour presenter later apologised for the “nightmare” muddy conditions of the makeshift car park.

Locals snapped up “good exercise” chicken eggs, “mildly organic” horseradish, apple juice “without the rubbish” and potatoes at £1.02 per 2kg, which a sign said were “less than Aldi”. 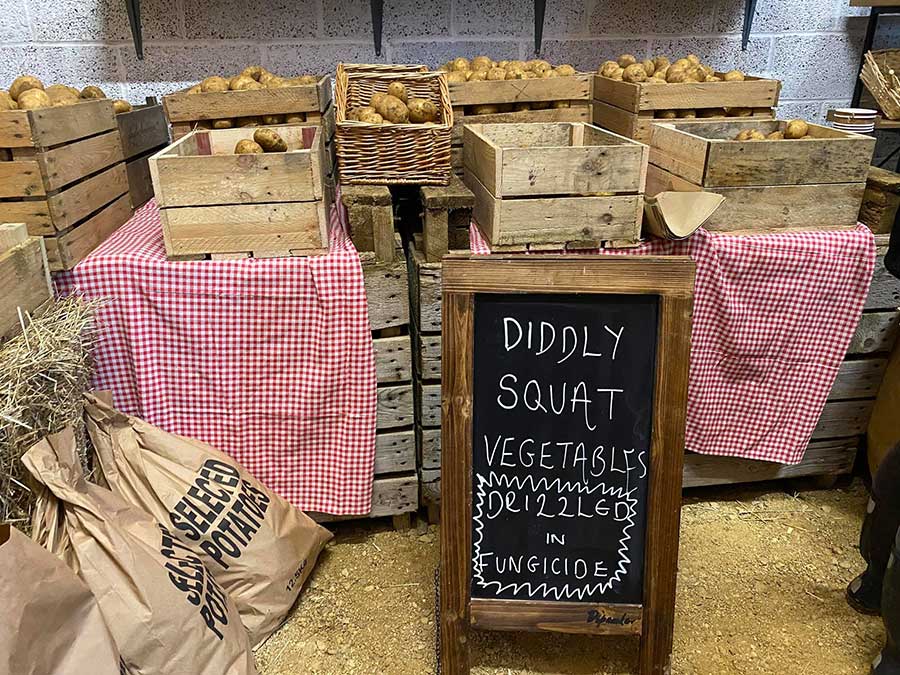 One sign said the vegetables were “drizzled in fungicide”.

Elsewhere, health and safety signs on the farmland told visitors “do NOT catch fire”, near an open fire, and  “You’re not American, so don’t sue me.”

Very many thanks to all the people who came to my farm shop today. I hope you enjoy your potatoes.

Mr Clarkson chatted to visitors outside his shop, where he raffled off water in yellow bottles and handed out cider donated by Blur’s Alex James.

Liam Walker, a local county councillor, said: “It was great to see Jeremy opening his new farm shop here in west Oxfordshire, where he plans to stock local produce.

“The agricultural industry is really important to us here and I’m hoping his new Amazon Prime documentary on buying a farm will help to encourage more people to buy local produce and raise the profile of farming among an audience who wouldn’t normally be engaged. I wish him every success in this new venture.”

Mr Clarkson has admitted to challenges running the farm for more than a year as part of a forthcoming Amazon Prime show, which has the working title I Bought The Farm and is due to air later this year.