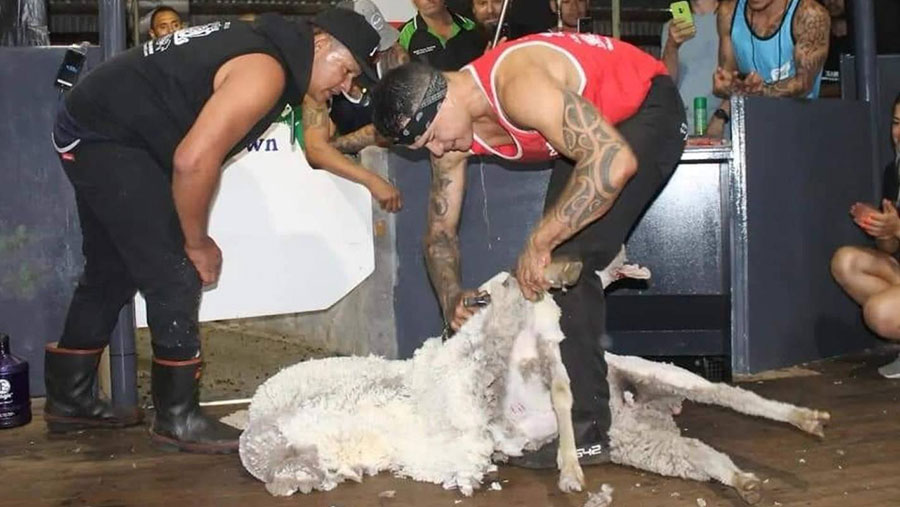 A New Zealand shearer has set a world record for the highest number of merino sheep shorn in an eight-hour period.

Breaking the record in Western Australia, Lou Brown sheared 497 sheep in eight hours – an average of one ewe every 58 seconds.

Hundreds of fans came to Rockliffe Farm, near Kojonup, 250km south of Perth, to cheer him on.

The previous world record of 466 ewes was set in 2003 by fellow Kiwi Cartwright Terry, who acted as Mr Brown’s mentor and inspiration since he started shearing, aged 12, on his stand.

“I had my birthday in his shed and I took a photo of him shearing and he signed it, and I slept with it next to my bed for years,” said Mr Brown.

“He’s been a huge part of my shearing career; he was in my support team talking to me all day.

“He helped me through it all – he gave me confidence. Since I started shearing, he’s filled me with knowledge so I could pull something like this off.”

The rules state that each ewe must carry a fleece with an average weight of 3.4kg and must be shorn with no more than 18 strokes of the handpiece.

Mr Brown managed the record in four time periods of two hours each, with two breaks of half an hour and one of an hour.

Although he lives in Australia, he regularly travels back to New Zealand to shear, as the pay is better.

His magnificent feat has been described as like running two marathons in one day.

As shearing season gets under way across the UK, sheep farmers and contractors are being urged to do their bit to uphold standards.

The National Sheep Association (NSA) has been working with industry partners to produce a new set of guidelines for anyone working in a shearing shed.

The guidance has been published to help offer practical advice following the release by animal rights organisations last year of a series of videos which claimed to show animal cruelty during shearing.

The guidelines are available to view on NSA’s website (PDF).

They include advice on the following areas: presentation of sheep; facilities for shearing; using a contractor; and shearers and shearing.

NSA chief executive Phil Stocker said: “It is absolutely vital that all involved in shearing, and indeed any sheep handling activity, ensure they are working at the highest possible standard.

“These animal rights campaigning groups will take any opportunity to attack our industry and even small slip-ups, observed by the wrong person, can be extremely damaging and time consuming to deal with. Our best line of defence is to limit their opportunities.”