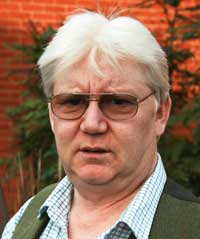 A Lancashire farmer who says he only survived a suicide attempt “because the rope broke” has called on the NFU to create a register of all farmers suffering health problems caused by exposure to organophosphate sheep dip.

Paul Wright, 54, from Burnley has been suffering from acute psychological and neurological problems for more than 30 years. But, while doctors had known that his central nervous system was slowly breaking down, it was only recently that a specialist had linked his condition to the chemicals used in OP sheep dip.

Mr Wright worked on his parents’ farm in his youth and later kept his own flock of sheep which were treated with OP dips. He spent some years working in a local chemical plant and has twice tried to commit suicide because of depression.

“We were never told that these products were highly dangerous. I’ve suffered from health problems all my life but no one, until now, has got to the bottom of it,” said Mr Wright.

After a private consultation with neurological specialist Sarah Myhill, he was diagnosed as suffering from chemical poisoning.

Dr Myhill’s official diagnosis stated: “Throughout his working life Paul has been exposed to chemicals through working with sheep dip and as a chemical process worker. The toxicity of chemicals has been ignored by the medical profession, but there is no question they have huge potential for harm and neurological problems.”

A residue of the OP chemicals used in the sheep dip had been identified in the fatty tissue of Mr Wright’s body.

Now Mr Wright is calling on the NFU to set up a nationwide register of those who are suffering from similar health problems linked to OP poisoning.

“I know there must be hundreds of other farmers who are suffering. We must get this problem out in the open and force the government to act. We need a register of sufferers to show just how widespread this problem is.”

NFU director of communications Terry Jones said the union was working on a search of its archives on behalf of OP sufferers. The search, stretching back more than two decades, was called for in the hope that documented meetings with civil servants may reveal whether the government had been aware of the dangers of OP pesticides.

“We need to complete that work before we can consider this new call for a register of sufferers,” said Mr Jones.