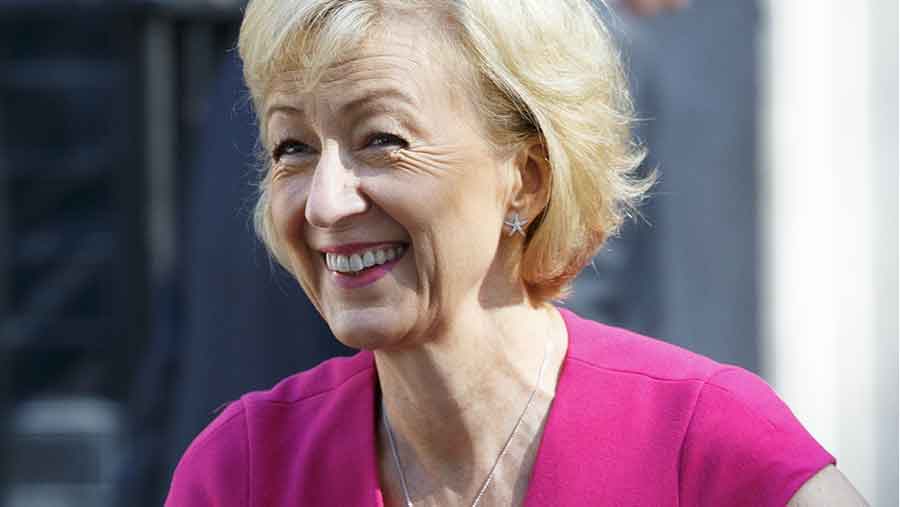 Imagine being a high-ranking MP on the day of a reshuffle. It would be an emotional rollercoaster.

Will you be given a front bench role? The waiting. Then, like pulling a winning Tombola ticket out of a raffle drum, you get a call from Downing Street.

Your elation soon sinks, however. You haven’t won the 20-year-old malt whisky that you had your eye on, but a dusty bottle of crème de menthe that no one really wants.

The PM asks you to be The Secretary of State for Environment, Food and Rural Affairs. A cabinet role with the toughest reputation. Neither the kudos of Education or Health nor a renowned spawning ground for prime ministers. Until now.

Andrea Leadsom, the recently appointed Defra chief, has enormous opportunity. But she has been handed the slipperiest of batons.

Hold it tight, surge ahead with decisiveness and she can define the fortunes of our food, farming and fishing industries for generations to come.

Drop it or allow others to wrestle the baton from her during EU exit summits and the environmental fabric of the UK countryside and the integrity of its food supply could falter.

I don’t envy Mrs Leadsom negotiating on behalf of her department for the future allocation of the UK’s £3.35bn of Pillar 1 and Pillar 2 money – money that most of the UK believes should not be divvied to agriculture.

See also: The drugs don’t work (on our crops)

However, UK agriculture is more complex than most economists comprehend. Pure Keynesian economics it is not.

The New Zealand subsidy-free model so often cited as the future for the UK needs context.

I was there in 1987 when subsidies were removed overnight. It was tough. But the average Kiwi is only two or three generations removed from farming, not the six or seven that most Britons need to retrace to find a link with agriculture.

If rugby is the heart of New Zealand, farming is its spine. Kiwis are proud of their farming heritage and they support their farmers at the checkout and at the polling stations.

The British people have lost their connection. However, they voted for Brexit. Such a vote of solidarity needs to be leveraged.

While economists may believe all food can be imported, the responsibility for the countryside cannot be exported.

The government must channel this seismic “leave” vote to influence partisan purchasing decisions. Buy British. And with that inspire taxpayer “buy in” of the social/environmental contributions that the farming sector delivers on behalf of the British public not just for the farmers.

The Rt Hon Mrs Leadsom may want to consider my 10 proposals as a start: