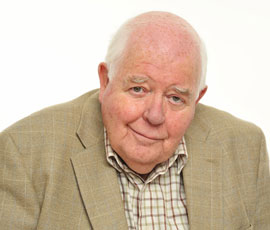 High street stores, he points out, have to pay punitive business rates on their premises whereas those supplying goods on line do not. How can we compete, retailers ask, when there is no level playing field? And they have demanded the government address the issue by imposing a tax on the online operators.

I have some sympathy for their situation, although I’m surprised they think the remedy is yet another tax that will ultimately be passed on to consumers. Far better, it seems to me, to seek a level playing field by demanding the abolition of business rates for all. That way, retailers and consumers would benefit. But I don’t suppose that solution is on the cards in the middle of an economic crisis.

But farmers can relate to the absence of a level playing field. Ours may become even more bumpy as a result of the recently agreed CAP reform; more particularly by the way DEFRA implements it. And we too are entitled to ask how we can compete and raise productivity against discriminatory odds? As it stands, English farmers could even be discriminated against compared with the Welsh and Scots, never mind those further away.

It was no surprise that the European Commission decided to reduce the overall agriculture budget. Indeed the 5% cut finally agreed was modest compared with some forecasts. But key aspects of the agreement will allow national governments freedom to do their own thing. England, for instance, could trim farm payments by up to 15% through modulation and divert it to rural development; it has apparently already abandoned co-funding, or matching payments from the EU for selected initiatives. It may impose more demanding environmental conditions, or cross compliance, that must be met to secure full aid entitlement.

All this while some other member states are maximising aid to their farmers. And you have to ask what would DEFRA, by threatening to unilaterally penalise English farmers, be trying to prove?

We have, after all, evidence of what happens when unilateral measures are taken. Remember the ban on sow stalls imposed on British pig farms at the turn of the century? Pig farmers in this country were forced, if they wanted to stay in business, to invest in new housing that their returns were inadequate to fund. The British pig herd halved while pigmeat, produced in conditions illegal in this country, was imported to satisfy domestic demand. We exported half of our production.

Other farming sectors have suffered as well. Since 2005, according to DEFRA’s own statistics as published in Agriculture in the UK 2012, productivity has been static or worse. Last year, agricultural productivity dropped by 3.2%, the largest year on year fall since 1973 when the figures were first recorded.

Meanwhile, in 2012 the UK food trade gap between what was exported and what was imported increased from £18bn in 2011 to £19.4bn. In other words our level of food security declined at a time when you might think the state of the nation’s finances alone demanded the opposite.

Owen Paterson, the DEFRA secretary, understands more about agriculture than Margaret Beckett ever did – witness his statements on badgers and GM. But if he refuses to recognise the realities of UK farming competitiveness he could do as much damage to the industry as she did.

What do you think about CAP reform? Have your say on our forums.